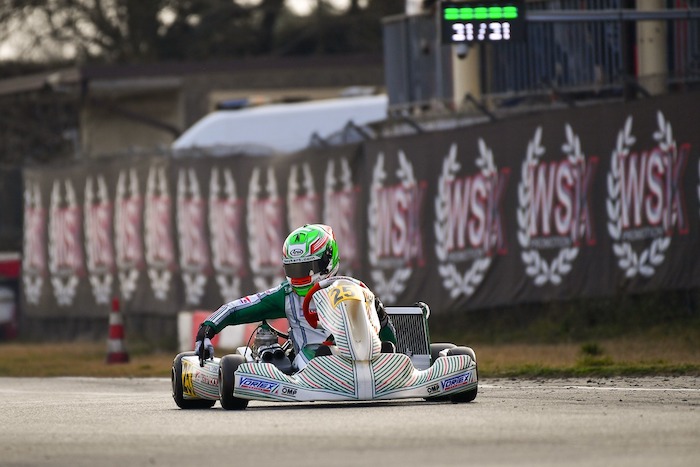 The Tony Kart Racing Team conquers the third seasonal victory at the South Garda Karting in Lonato , where, at the end of the OK final of the second round of the WSK Super Master Series, Joseph Turney and Pedro Hiltbrand occupy the first two steps of the podium. Joseph, fifth on the starting grid, manages to take the lead with his Tony Kart Racer 401 R powered by Vortex at the sixth lap of the Final, with Hiltbrand keeping his pace during the whole race. Thanks to this result, the two are now first and second in the general rating.

Our drivers prove to be able to stay in the very first positions since the early stages of the weekend, with Turney and Hiltbrand conquering a victory each in the heats. Lorenzo Travisanutto, on the other hand, is involved in the brawl in prefinal, but in the decisive race he is the author of an excellent recovery allowing him to finish eighth, even if he is then set back due to a penalty. Unfortunately, also Diego Contecha suffers a penalty during an excellent prefinal, where he manages to improve his starting position by recovering 6 opponents. 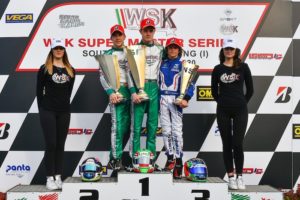 At the WSK in Lonato our drivers engaged in the OKJ do well. Karol Pasiewicz, once again, enters the fight for top positions and ends fifth, very close to the first. For Karol, the weekend comes to an end also with a victory and two best laps in the Heats. Harley Keeble gets very close to the top ten with an excellent race, while for Maxim Rehm, unfortunately, the weekend ends with a withdrawal after obtaining 4 positions in top ten in the Heats. Also for Bruno Del Pino, who recovers 11 positions at the end of the heats where he gets a fourth and a fifth too, the good results he gains are vanished by a withdrawal in prefinal. Aiden Neate, instead, is not able to take off in prefinal, after gaining three positions in top ten in the heats.

In KZ2, there is a bit of sadness about how Simo Puhakka‘s weekend ends. In Final, where he scores the best lap (to be added to the lap scored in the Heats), cannot fight for a result in line with his potential: he actually compromises his starting position due to the wet asphalt, driving him off the track. During Friday and Saturday, Alessio Piccini conquers good positions in top ten while Paul Evrard gains access to the decisive race by recovering 5 positions in prefinal. 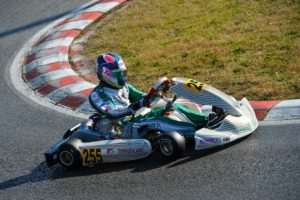 All our MINI drivers are at the wheels of their Rookie 2020. In the decisive race, Jules Caranta recovers 11 positions, while Andres Cardenas is the best of our drivers. Very good race but bad luck for Jimmy Helias, whose weekend is damaged by a contact forcing him to give up the fight for the podium. His race is anyway very positive, with two second places conquered in the heats. Same thing for James Egozi, the best of the Tony Kart Racing Team at the end of the Qualifying Heats ended sixth, after centring the fifth position in the fight for the Pole.

The Tony Kart Racing Team will now get ready for the third round of the WSK Super Master Series taking place at La Conca International Circuit from 6th to 8th March for the MINI, OKJ and OK categories.