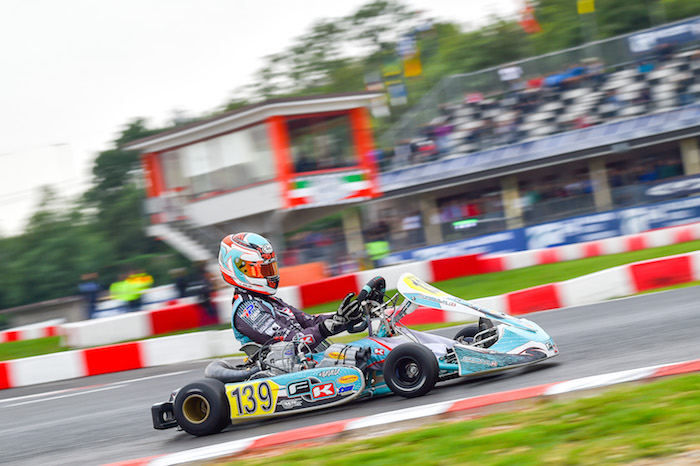 A race like the World Cup is always full of a thousand stories to tell: not only the ones that make the headlines about those who win and celebrate but, even more interestingly, those a little hidden on the sidelines of the weekend. Stories certainly less striking, but that are a source of anecdotes and surprises which are the essence of the most true and passionate karting.

In Lonato, on the occasion of the International Super Cup KZ2, one of these surprises was undoubtedly that of Natalia Balbo, a 23-year-old girl who fought in arms with her male colleagues in a physically very demanding category, where female contenders are very rare. 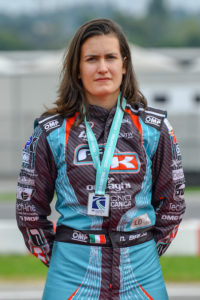 Despite coming from a first part of the season with very few races, having to reconcile the kart with the other commitments of his life, first of all her mechanical engineering studies at the University of Padua, the NGM Motorsport driver (Formula K / TM Racing), in the most important meeting of the year, pulled off a progression that would have easily led her to obtain a truly prestigious result, had it not been for some unfortunate penalties.

“After the second round of the FIA ​​European Championship in Sarno – tells Natalia – I had to stop for two months due to commitments with the university and I could not ‘prepare the race’ properly. When I saw that the list of starters had 122 registered drivers, I set a spot in the final as the only goal “.

Instead, after the first Heat where she manages to keep up with Danilo Albanese, one of the fastest of the entire weekend, Natalia and her team review their ambitions upwards:

“I must confess we thought of a top ten. The penalties, then, got in the way, and the starting position in the final was certainly not ideal, but I think we had the pace to get that result “. 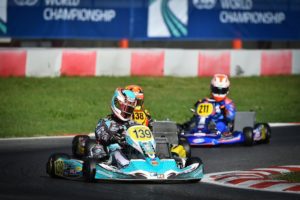 This, in fact, is the sequence of positions obtained in the heats: 2nd place, 8th (6th without the penalty), 5th, 3rd, 16th (9th without the penalty), 8th. Not bad for someone coming from two-months-long pause who then decides to take part in one of the most challenging weekends that, counting the tests on Wednesday and Thursday, lasted 5 days: “Actually, I was afraid of not being able to complete all and 25 laps of the final. However, I must also say that, this year, I noticed a big change regarding my driving in KZ2: I can be more precise, with cleaner trajectories, I make the kart do what I want. And I can do it in every situation. ”

To get to this point, Natalia started from afar, beginning, as many do, with rental karts.  Her first encounter with a kart happened at the kart track in front of a mall she used to go frequently and in which she finally decided to enter one day. “After the Rotax categories – continues Natalia – in which I raced for so many years (she was the Italian champion DD2 in 2015 ed), once I made it into KZ2 in 2017 I had to learn to ‘show no mercy’ to my opponents, to be ruthless in wheel-to-wheel battles while maintaining efficient driving. It was a difficult obstacle to overcome and that required a lot of work on myself. But now, I feel that it is also thanks to this that my driving has improved allowing me to often stay with the frontrunners. ” 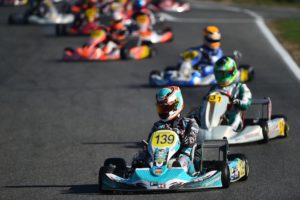 Natalia showed all her cold blood, in particular, during the very first stages of each heat in Lonato, when she kept her line in the long corner without hesitation, making herself ready to fend off and, more often, to bring the attack at the mechanics’ hairpin :

“But the regret is that I wasn’t able to do that in the final too! I started eighteenth and the first two corners were a disaster: I found myself in a sandwich and, once there, I missed a bit of nerve. At that point, the desire to bring the race home took over. I recovered yes, but I’m not happy with how I’ve driven in the first stages of the race. Unfortunately, this year I did very few outings and I lack in ‘track time’, which is what allows you to refine your instinct, in addition to driving. Also in Sarno, when I took the lead in one of the Heat, the little time spent on the kart cost me dearly and after a few turns my opponent regained the position thanks to my ingenuity“.

Small dissatisfactions of a season that, however, can only be judged positively:

“Personally I would rate my season 7 and a half out of 10. Even if I could have done something different, I can’t help but be happy with the progress made: with the team we worked really well on every occasion. Karting is not my only job, my studies in Mechanical Engineering at the University of Padua and my commitment to Formula Student with the UP Race Team take most of the time. I hope, however, to be able to repeat myself on these levels also in the future and maybe take another step forward. ”

FIA Karting – Kremers World Champion in KZ in the...

Information note for the Karting World Championship in Lonato