Search
Login
Home People “Italy, you have talent” the eye of Giancarlo Minardi on young drivers 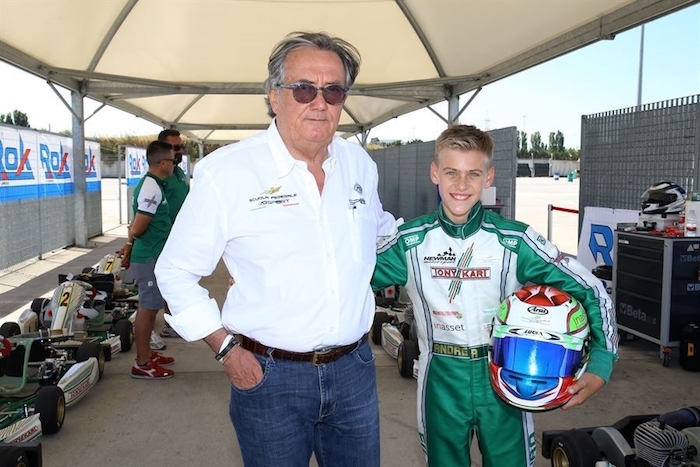 A life and a career dedicated to motor sport. Italian excellence today put at the service of new generations of sportsmen. In the role of Supervisor of the ACI Sport Federal School “Michele Alboreto”, as well as Chairman of the Speed ​​Circuit Commission, Giancarlo Minardi represents the Federation eye on young people on the track. A reference that continues to stimulate and direct the training of children, Italians and others, within the motor circus. Also this season, after a summer of scouting that saw the staging of two ACI Sport FDA Camps, the School is carrying out an extensive work with emerging pilots and in November, at Vallelunga, will put in place a new edition of the Federal Supercorso. A cycle that starts again, season after season, also thanks to Giancarlo Minardi.

Giancarlo, how do you judge the moment of Italian pilots in the track and karting sector? What are the realities, such as the names that, in your opinion, could also emerge internationally in the coming seasons?

“I find that this last period is very positive, also because this year thanks to Ghiotto and Pulcini we have, both in Gp3 and in Formula 2, made to play the anthem of Mameli on various occasions. For ACI Team Italia and for ACI Sport it is certainly a source of satisfaction and pride. We also have a brood of very young who come from the kart and who were followed by the Federal School with a constant presence on the competition fields that will surely make us rejoice in the near future. Moreover, after so many years Italy has a valid representative in Giovinazzi in Formula 1 who, perhaps also due to some strategy not very apt for the team, has not yet achieved the desired results while taking some interesting placement. ”

ACI TEAM ITALIA, a large family that includes various sectors (from the track, to rallies, to karting, to climbs). What gives the addition to this “national” to a pilot who is part of it.

“For pilots who have already reached the threshold of professionalism, surely the fact of having behind them a Federation that supports you, promotes you, that is also present in the event of difficulties or negotiations is definitely an extra card. As for the training part, we take kids by the age of 12, 13 and we try to take them to the jump on the open-wheel single-seaters. So having a preparation through internships, tests of psycho-physical preparation and tests on the track, all under the watchful eye of the Federation and the Federal School, becomes a fundamental element in the preparation of young people. ”

What more can be done and what is needed (money, organization, strategies) to achieve ever greater goals?

“We are organizing and evolving our school, trying to increase internships to promote what we consider to be the most interesting elements. It is clear that the budget is fundamental in particular in a world like that of motorsport, but it is certain that with good organization and preparation it is possible to achieve good results, even with less money than the others. ”

Formula 4, a success and a source of pride for ACI Sport who first believed in this category. Great pilots, many foreigners, how can you help to promote

“We are the number one in the world regarding Formula 4, as also recognized by the FIA. A formula that we have taken care of down to the smallest detail, and we can also boast of having the best single-seater in this category. Naturally, as far as the participants are concerned, we can only look at the international scene, with the best young people from all over the world who are at the start of our races. So what we can do more for our young talents is to try to be more and more careful in discovering and following them, helping them and officially supporting them. Surely a driver who has the possibility to spend the name of the Federation has more chance of finding who can help him. ”

The novelty of this year is the Regional Formula?

“Also in this case we were the first, following the FIA ​​directives, to make this new category debut. Last year, more than twenty single-seaters with a Tatuus chassis and Alfa Romeo Autotecnica engine were launched in China. Unfortunately the start of the season was difficult, also due to the proliferation of similar championships in other parts of Europe. Currently we have 15 single-seaters, a number that is satisfactory for the first year. For the future I am very confident, because there is the best car in the frame, tire and engine relationship. ”

In the photo: Giancarlo Minardi, alongside the young karting artist Andrea Filaferro, during the last Kart Summer Camp

Great activity on the second day of the 6th Kart Summer...