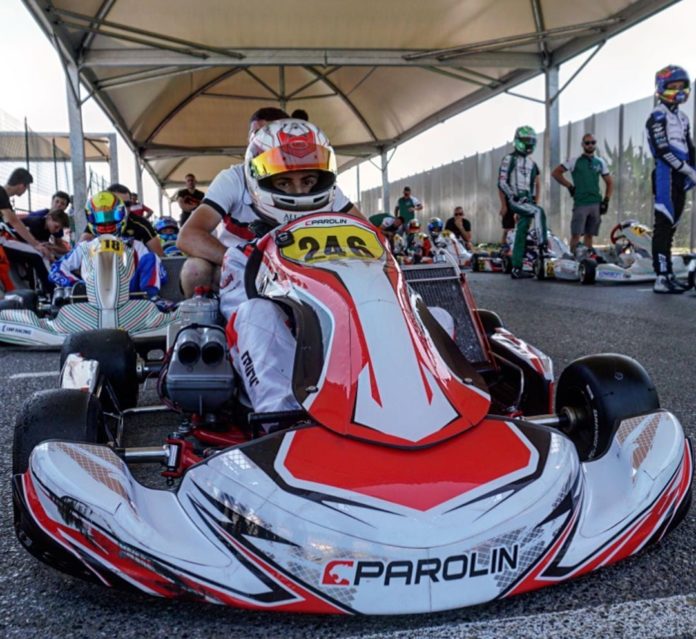 This is not a trophy awarded by a jury, but a recognition awarded to those who top a classification drawn up by the Federation among all the debutants in OK under 16 years of the current season.

The mechanism is quite simple: in every FIA Karting race, the best classified of the weekend wins 25 points, the second 20 and so on. Now, with all four European stages archived along with the weekend that has awarded the World Championship title, it is Gabriele who leads this special classification with 151 points, ahead of Taylor Barnard with 114 points and Dino Beganovic, who stops at 93.

A deserved trophy for Gabriele who, although not without struggling in terms of performance on some occasions, has again confirmed his great talent even among the Seniors. And he did it by demonstrating to be able to come out of difficulties, learn from mistakes and adapt to the various circumstances in which one can run into a race weekend with determination and intelligence. The same qualities that led All Road Management to invest in his development at the end of 2018.

The FIA ​​Karting season of the Sicilian sensation was in fact a continuous crescendo in which, after the third place with a fastest lap in the final at Angerville, in the first round of the European Championship, Gabriele and Parolin / TM Racing slightly underperformed in the second round of Genk, when they got it right just in time for the final, where a comeback with a fastest lap undertaken since the first stages of the race was interrupted only by the rain.

With the second place of Kristianstad, in the third round, Gabriele also returns to fight at the sharp end of the field with more consistency, after a final in which he endures a nail-biting distance duel with Lorenzo Travisanutto, giving the World Champion a run for his money for 21 laps and crossing the finish line with a gap of only three tenths.

Finally, during the last weekend of the FIA ​​Karting European Championship at Le Mans, victory and domination exercised throughout the weekend took him very close to clinching the title, overtaking rival Dexter Patterson from second place in the standings.

Despite the dissatisfaction with the outcome of the World Championship in Finland, ended with a comeback up to eighth place in the final after a mistake in the heats nullified the pole position, it is really noteworthy what Gabriele achieved in the year of his debut in OK, as he managed, at just 14 years of age, to put pressure on a driver (Travisanutto) and a chassis/engine duo (KR / IAME) that, it’s not a secret, are dominating the category.

Gabriele Minì will, thus,  progress towards a debut with the single-seaters with excellent credentials, but what he has shown behind the wheel of a kart will remain imprinted in the minds of the enthusiasts for quite some time.

Chosen by the editor