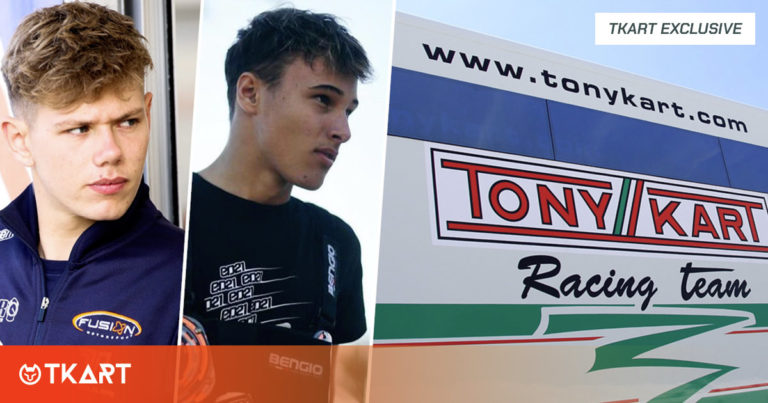 The Tony Kart Racing Team is preparing to face the second part of the season with two important additions to its line-up: the French ace Emilien Denner, who will join the team in the KZ class, and the English talent Callum Bradshaw, called instead to compete in OK.

Tony Kart thus strengthens its ranks in the top gearbox category in view of the World Championship scheduled in just over a month in Lonato and in which Emilien Denner, who also took his first steps in single-seater racing after the clear victory obtained last year at the International Super Cup, will certainly be one of the team’s leading drivers.

Callum Bradshaw brings maturity and experience in OK: the Englishman, currently leading the British Kart Championship, the IAME Euro Series and the Ultimate Karting Championship, will team up with his countryman Joseph Turney as the team waits for Pedro Hiltbrand to come back from injury.

As for Bradshaw, the first official outing with the team is scheduled in less than two weeks on the occasion of the final round of the FIA ​​Karting European Championship in Wackersdorf.