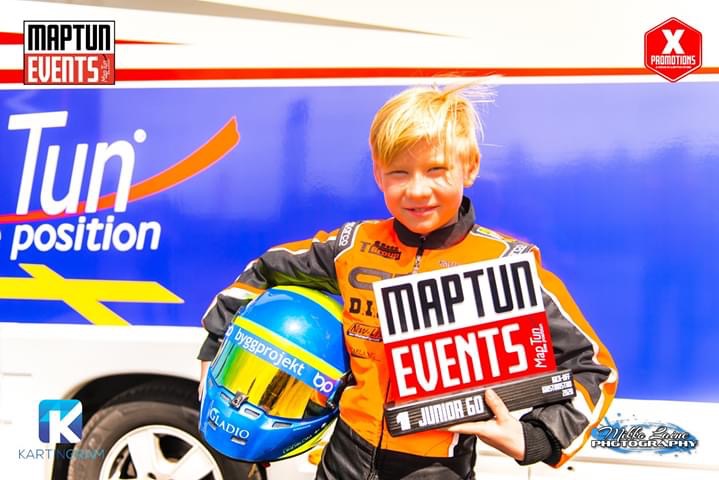 In the heats 1-4 constant close racing and changing positions between Scott and Leo, both drivers took 2 wins and 2 seconds places. In the Final they are back on the front row where Scott manages to pull off the field and win in his 60 Mini debut in Sweden in his CRG Black Mirror and put tyhye brand on the Swedish market again.

What do you say about this class debut Scott?

– Amazingly, it was close racing from the first test day, through the heats and finally getting the win in the final was great, super fun.

The event in Corona times, how was it?

– We had to keep a distance of 2,5 meters and have mouthguards, it was ok, a bit strange but also a little fun, we looked nice, on the grid we had a helmet and visor, so it was as usual.

CRG refreshes the look of its Factory karts and suits at...

The new CRG Magazine is online