Search
Login
Home People Charles Leclerc: the enthusiasm of the new Ferrari driver for a day... 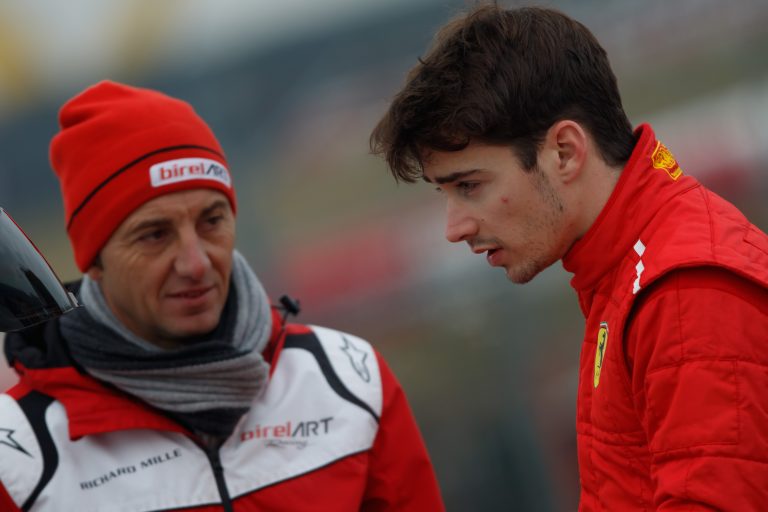 Ice cold; menacing clouds of rain; the Christmas parties on the doorstep. Ideal conditions to stay at home or … to jump for joy for a day with the kart on the South Garda track. This, at least, is the thought of the new Ferrari driver Charles Leclerc, who in a morning at the end of December shows up in Lonato with two friends to enjoy a day of fun and training with the karting of BirelArt. On the other hand, the kart is the means by which the Monegasque driver has learned to drive and has arrived at his first major victories, over all the CIK-FIA World Cup 2011 in the KF3 category (current OKJ), and even today is a passion that shows no signs of extinguishing.

To support the enthusiasm of Leclerc there is the BirelArt team, led by the team manager Davide Forè, with the full motorhome in place where the Monegasque changes his clothes, and a pair of karts RY30 and RY32 S10 (the new model for 2019) equipped with single-speed engine and shifter. Charles does not spare himself, he tries both the chassis, focusing in particular on the KZ, and he talks a lot with Forè and the technicians to tell his feelings and ask for some adjustments. Then, just beacuse he doesn’t want to be a “VIP pilot”, while the mechanics arrange the means, he takes rag and detergent and starts to clean the bodywork; all with a sincere and contagious smile that only the first drops of rain in the afternoon manage to tarnish slightly. An unexpected event that puts an end to a day lived with enthusiasm, serenity, but also the right concentration of a good workout. Also because, at some point in the morning, Pierre Gasly arrives on the track, another former kartist ready to be among the protagonists of the next F1 championship with Red Bull and supported on the occasion by Sodi Kart. Nothing planned, but a simple coincidence that adds a pinch of “pepper” and a nice dose of charm at training on the South Garda track. A workout that, for Leclerc, continues in the following days, on the track in Brignoles, France, thanks to the BirelArt chassis stubbornly loaded on the car in Lonato, forcing friends to share the seat with tires, hubs and bumpers. Nothing can stop the passion of a true kartist, even when he has an F1 Ferrari waiting for him to race on the most important tracks in the world.

Charles Leclerc by Lennox Racing: a great line-up for a great...

Fifty-two entrants for BirelART North America over the next two weeks...