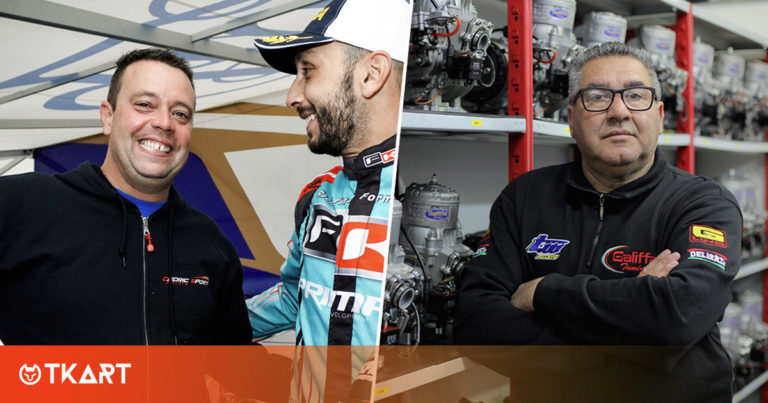 TM Racing engines have locked out the podiums of KZ and KZ2: Jeremy Iglesias of Formula K led the builder from Brittany to success while Simone Cunati and Modena Kart crown the partnership with Gianfranco Galiffa’s company.

For TM Racing, the 2020 edition of the KZ World Championship and the KZ2 International Super Cup can only be considered a total success.

In Lonato, not only the Pesaro-based manufacturer manages to place its engines on all the steps of the podium of both categories, but we were also given further proof of how the KZ 10 R1s entrusted to the best builders in the paddock are able to compete at the highest levels in the international field. That was exactly the case for Cédric Sport Motors and Galiffa Kart, none other than the two builders who climbed to the top of the world last Sunday in KZ and KZ2 respectively.

Even Galiffa Kart, who with the victory of Simone Cunati (at the wheel of a Birel ART of the Modena Kart team) and the third place of Giacomo Pollini (official driver of the Formula K Racing Team) added two more trophies to an already crowded palmares needs no introduction.
Since 1994, the company of S. Egidio alla Vibrata, in the heart of that central part of Italy that is second to none in terms of karting enthusiasts, has carved out a role of reference worldwide thanks to the passion of Gianfranco Galiffa, also a former driver, who over time has been able to combine that “magic touch” typical of every builder with the use of increasingly advanced tools and processes. For Galiffa Kart this is the second win in the KZ2 International Super Cup after the one obtained with Alex Irlando in 2017, followed by 3 consecutive European Championships, always in KZ2, with Adrien Renaudin in 2018 (Sodikart), Emil Skaras (Energy Corse) in 2019 and with Viktor Gustavsson (Leclerc by Lennox Racing), the latter conquered just over a month ago in Genk. This is a great deal of satisfaction for Gianfranco Galiffa and for all his staff, much appreciated in the paddock of international races.

Two stories, those of Cédric Sport Motors and Galiffa Kart, two winning builders (but certainly not giants like the official factories that they often face) that reaffirm how the competition in karting still enjoys excellent health.

Victory with panache for Alex Powell