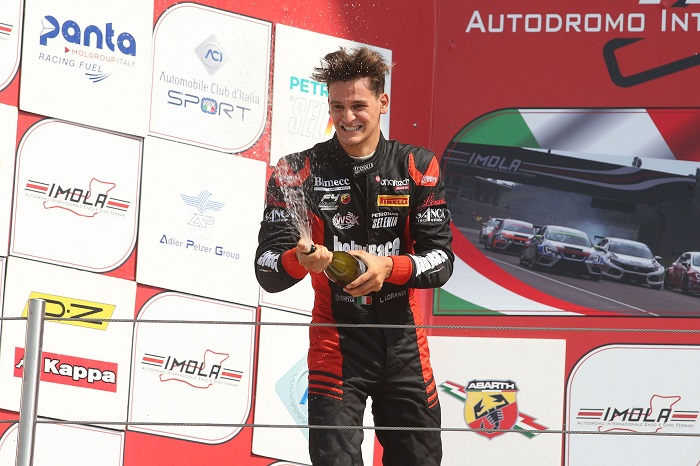 The Bhaitech team comes out of Imola, home of the fifth round of the Italian Formula 4 season with a rich booty: two victories in three races signed by Leonardo Lorandi, current leader of the championship with 239 points (16 more than the rival Enzo Fittipaldi of Prema) joint fourth in race 3 after a close battle with team-mate Petr Ptacek.

The satisfactions at home Bhaitech have come thanks to the performances of the very young Czech debutant, three times first in the special ranking dedicated to rookies closing twice fifth and third final in race 3. Lorandi, taken from pole in race 2, made a first run on the memorable Santerno track, unleashing a cinematographic overtaking on Federico Malvestiti by Jenzer and showing a determination out of the ordinary during the entire weekend.

Weekends to forget for Alessandro Famularo except for the eleventh place won in qualifying 2 and for race 1. The Venezuelan, alone in Imola due to injury of his brother Anthony not present in the fifth round of the championship, he went out dry points closing the first race thirteenth, playing a solid race while, in the two subsequent rounds, the number 10 has stumbled into incidents that have compromised his weekend. While in race 2 Alessandro was able to resume the track closing at a distance of detachment from the tread by grinding further kilometers, in the third and last race Famularo had to surrender on the seventh step due to the failure of the left front, by virtue of a contact with Diego Bertonelli.

“It was an extremely positive weekend, we took home two victories in three races and a fourth place with Leonardo Lorandi, while Peter Ptacek has always been fighting for the podium in addition to scoring three rookie victories. at least until race 1, the weekend of Alessandro Famularo, which was held in the podium rookie area.It was then very unfortunate in the other two races, but he put an exhibition a great potential.we return from Imola with the leadership in the rookie championship and in the absolute one, now we enter the summer break.The next event will be the test on the 4th and 5th of September in Vallelunga, to prepare the stage of the championship that will be held on the same track. “