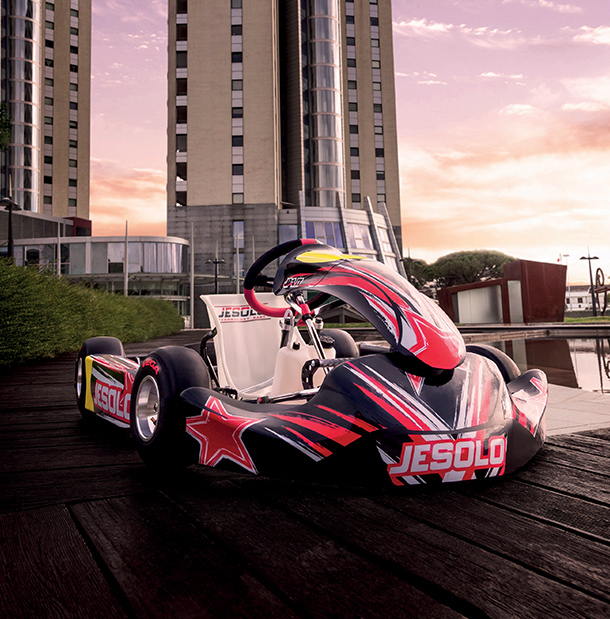 Gianluca Giacchetto’s company took advantage of the first CIK-FIA approval for the 60 Mini to launch its own chassis dedicated to younger drivers on the market. All the components are made “in house” for the first time. From a technical point of view, the company worked carefully to improve the adaptability of the chassis according to the different types of tyres used

In accordance with the regulations, the new JP-FLY is made of 28 mm diameter tubes for which a classic design has been adopted. It is worth emphasising the double curve of the side stringers at the height of the fuel tank, a feature already used for previous national approvals, in line with the Jesolo Kart chassis intended for higher classes.
The wheelbase, in other words the distance between the axis of the front wheels and that of the rear wheels, is 950 mm and can be varied by +/- 5 mm by moving the axle bearing casings along the chassis plate supports. The casings, which are made of aluminium, can be fastened to the outside of the relative supports and this allows an increase of 40 mm in the centre distance between casings compared to the classic internal fastening to the chassis plate supports.
The new Jesolo JP-FLY is available in two versions: the first has the right seat supports both fastened on the rear crossbar stringer while the second has the main support always fastened to the rear crossbar stringer, but the support tube is welded on the third tube, the one on which the motor plate is anchored. The first version is recommended with low grip tracks and hard tyres, while the second has been designed to assist smooth running with a lot of grip on the track and soft tyres.
Another new feature compared to the past concerns the central crossbar (the tube that connects the two side stringers under the seat) and the rear one, both made with a softer tube that ensures greater flexion with the aim of improving the kart’s smooth running. The distance between the stringers on the left and right sides has also been revised, with the size having been slightly decreased compared to the past to increase the kart’s support and decrease sliding when entering bends.
The front geometries are managed by an adjustable ring nut in twelve positions that allows you to change the caster and camber separately. The ring nut, bushings and spacers the system is composed of mounted on the Cs are made of stainless steel, a material highly resistant to the formation of rust.
The steering column support has a plate support to increase the rigidity of the area with three holes on each side to be able to move the footrest by 70 mm overall. The spindles have a 17 mm diameter pin, the wheels are made of aluminium with six spokes, 115 mm wide at the front, while the wheels are solid with a width of 140 mm at the rear. Available, on request, there is also a 142 mm version. 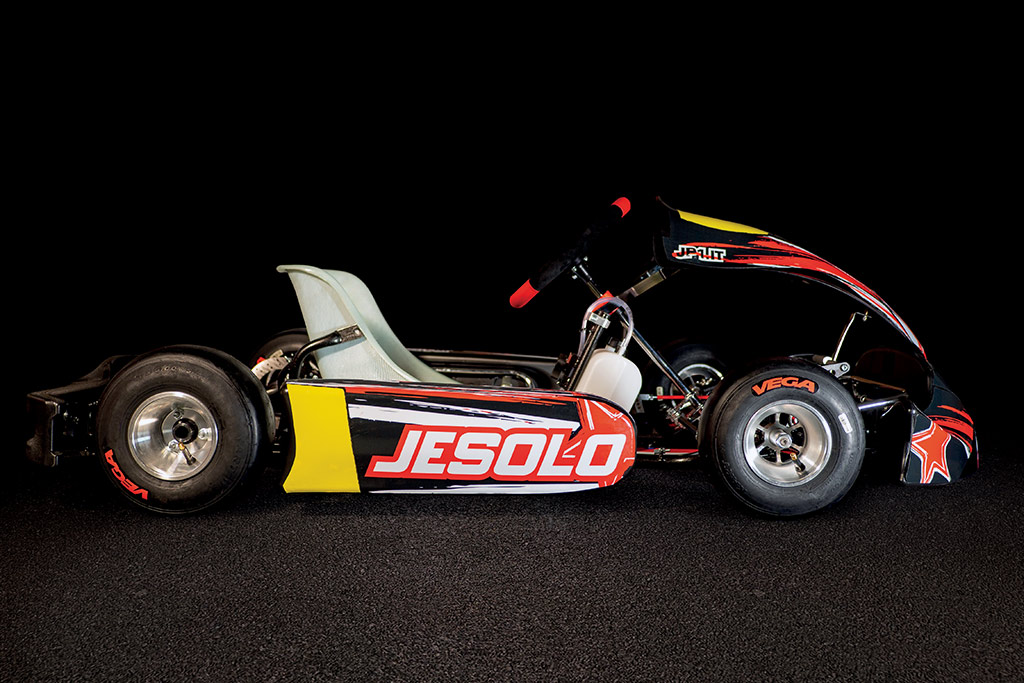 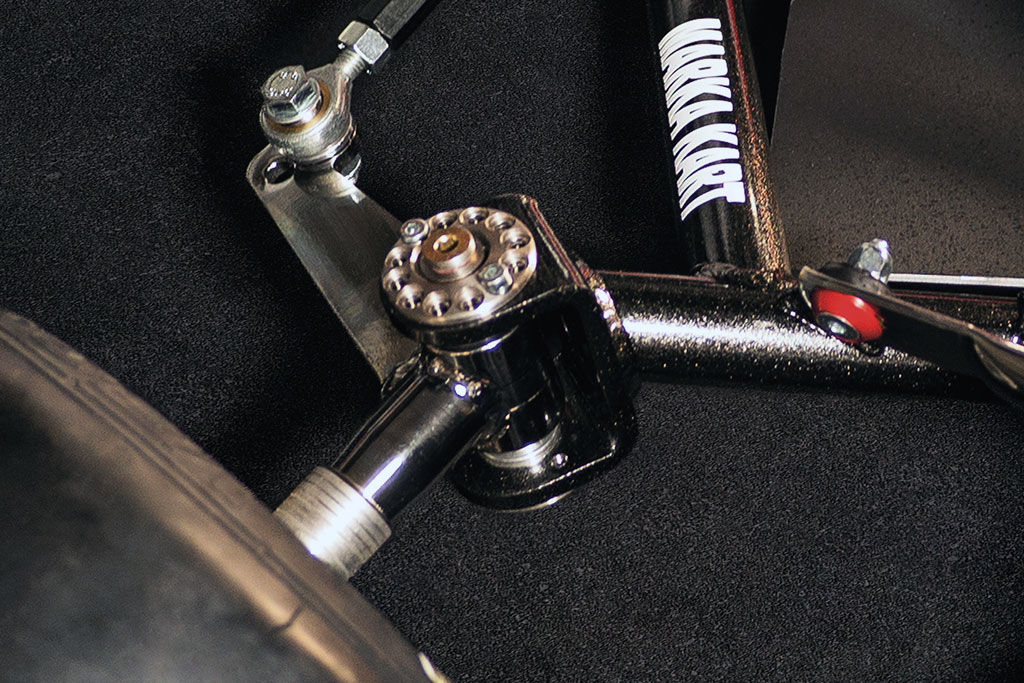 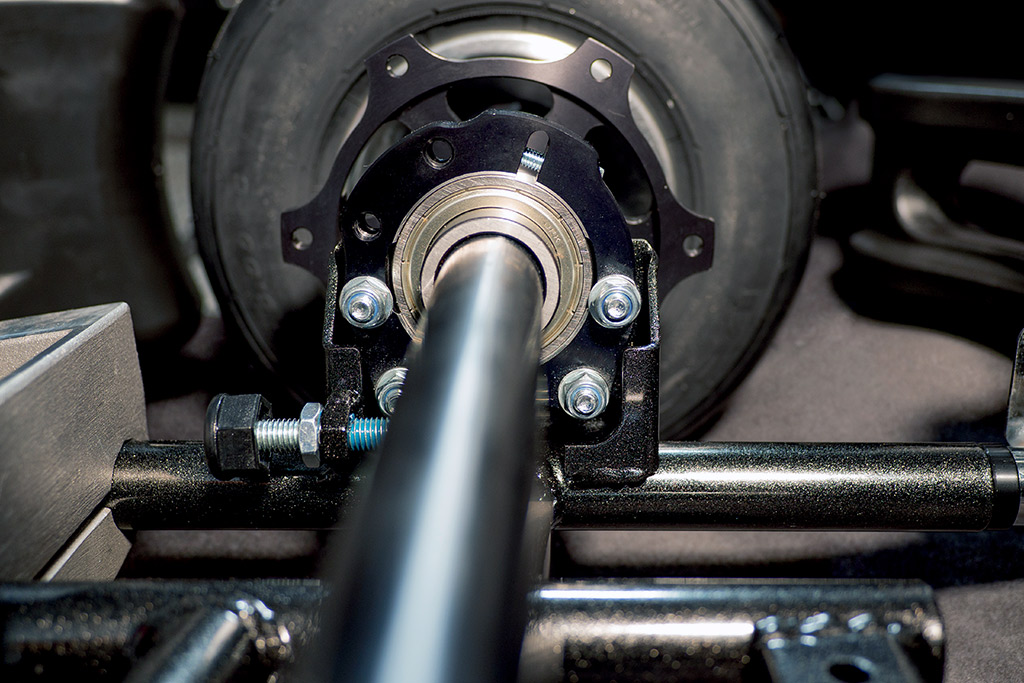 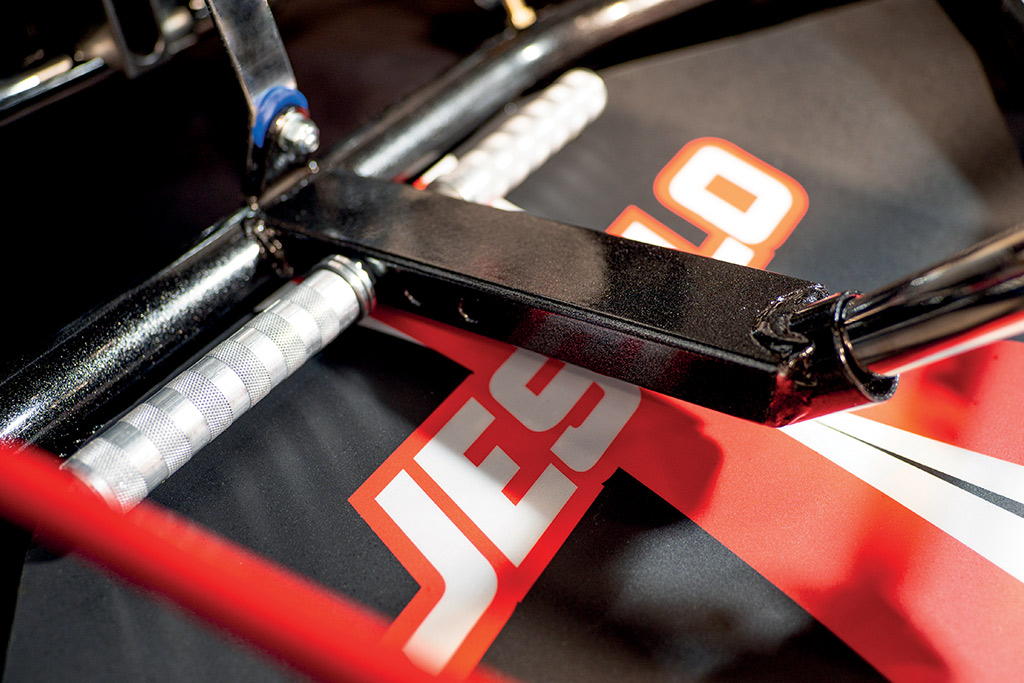 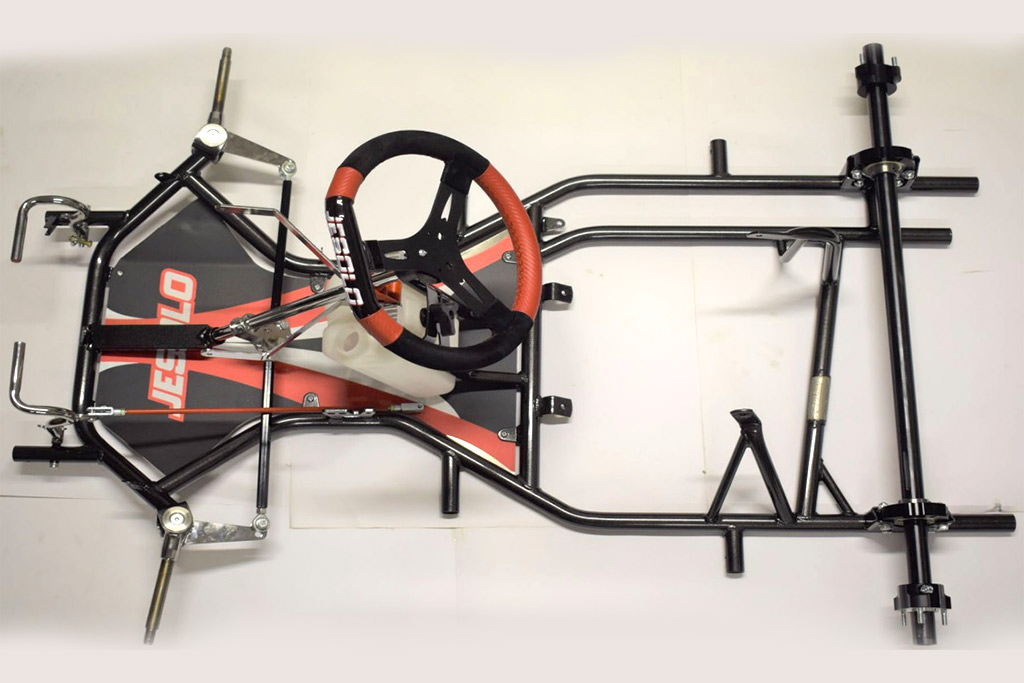 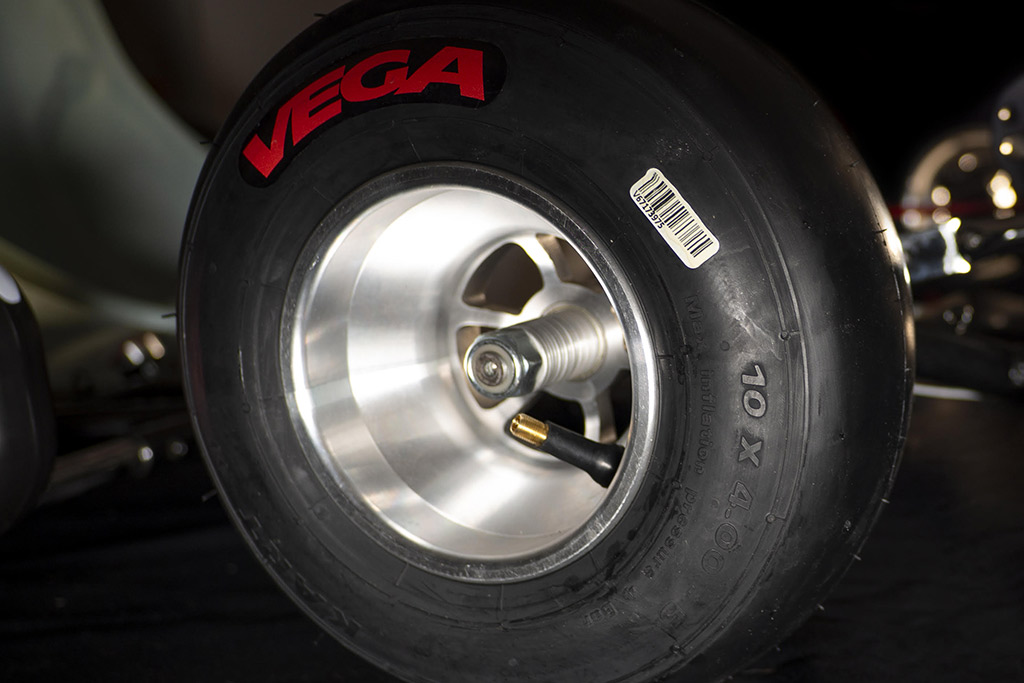 The JP-FLY has a brake system developed to allow young riders maximum braking modulation. The caliper has two half-shells made from a solid piece using numerical control machines. Compared to the previous approval, the system has gone from a solid iron disc to a self-ventilated cast iron one with a diameter of 155 mm and a thickness of 12 mm. This change was introduced precisely to improve braking by avoiding the locking of the rear, a problem the old solid iron disc had. Eliminating the blockage is very important in the 60 minikart, a class in which, given the low engine power, greater smoothness is rewarded. The disc is fastened on a floating flange with respect to the disc holder, a system chosen by Jesolo Kart Technology to reduce component maintenance.
The pump is machined from a solid piece and has an external aluminium fuel tank positioned above the main body, and a 19 mm diameter piston inside it.
The braking system of the Jesolo Kart Technology minikart was not derived from the front system of Shifter karts, a solution adopted by many manufacturers, but is a product totally designed to achieve the best possible performance in the MINI class. 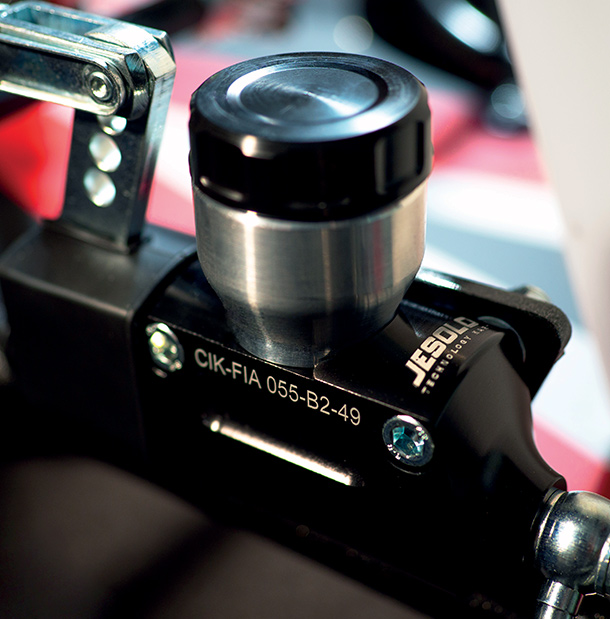 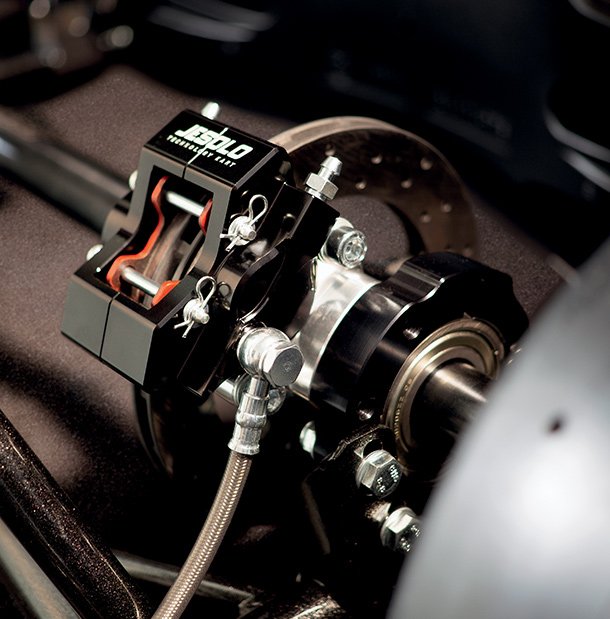 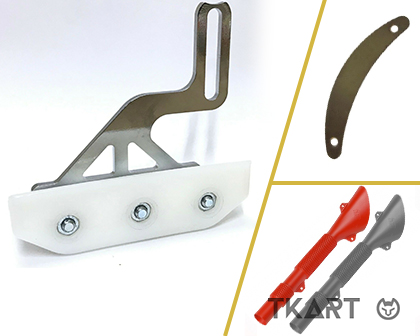 4 accessories for a kart’s brake caliper and disc 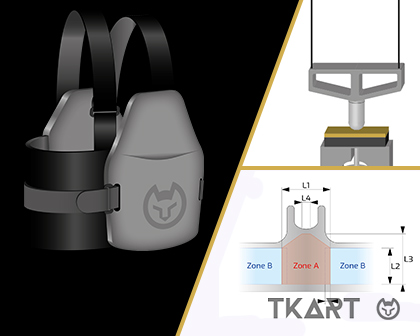 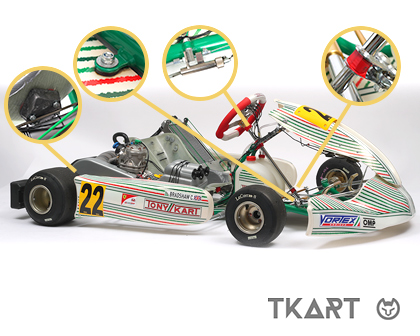 The differences between the standard Tony Kart Racer 401R and the T... 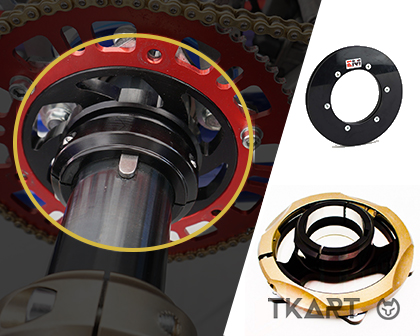 5 accessories for the kart’s gearwheel 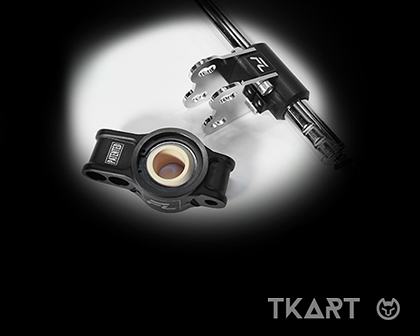 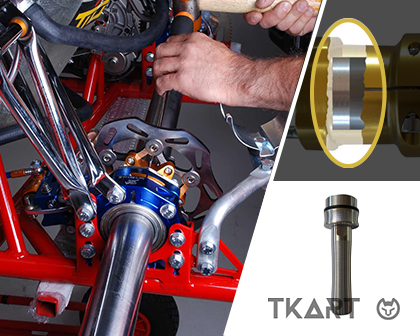 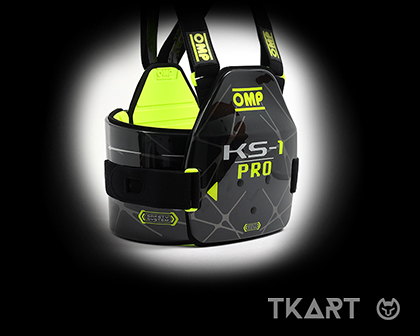 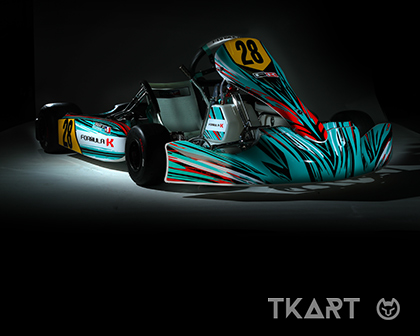 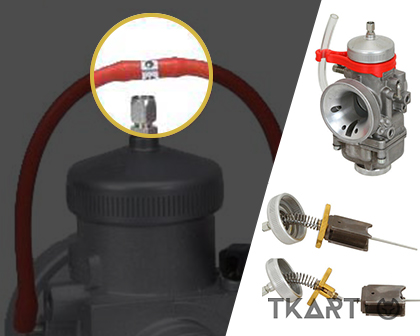 6 accessories for the float bowl carburetor 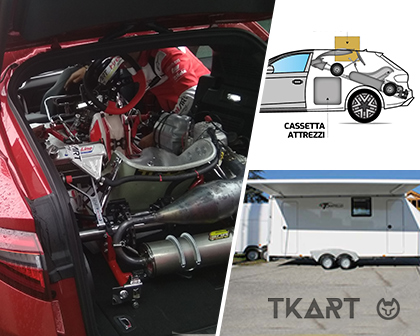 All about transporting the kart 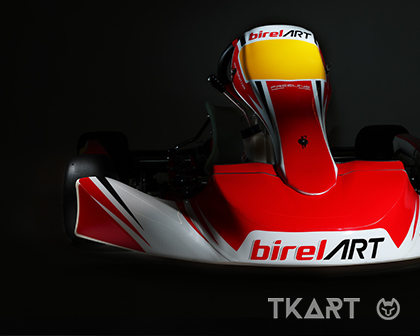 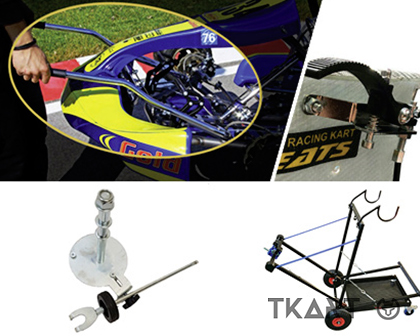 5 ways to avoid struggling on the track with your kart 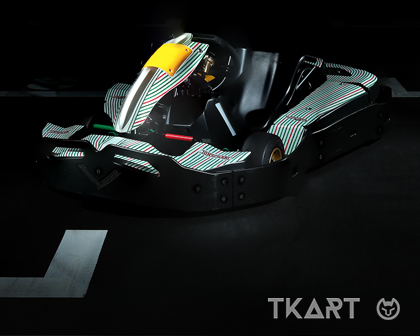 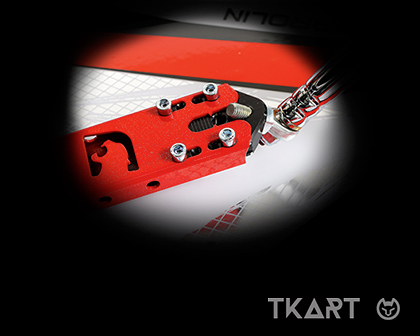 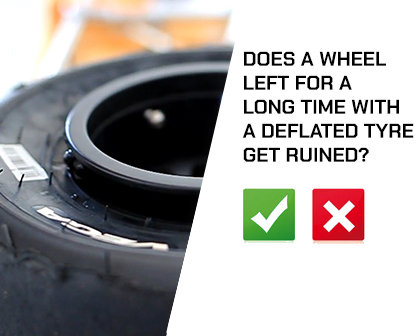