Magazine | Champion Advice
How to drive in la conca with a kz kart. davide forè explains0%

HOW TO DRIVE IN LA CONCA
WITH A KZ KART.
DAVIDE FORÈ EXPLAINS

It is one of the most representative karting circuits, the “cradle” of WSK Promotion. 4-times World Champion Davide Forè reveals the tricks and secrets for a perfect lap on the La Conca circuit in Muro Leccese in a KZ kart

The La Conca International Circuit in Muro Leccese is one of the principle tracks in international karting. The track is 1,250 metres long and has hosted all the most important competitions in a few years: from the WSK races (whose founder, Luca De Donno, is the owner of the facility) to the Rotax International Finals, as well as the European and World CIK -FIA. 4-times world champion Davide Forè reveals the secrets of the track: “La Conca is a real, complete track, which tests the chassis and engine like few other tracks. In general, it requires good traction, because there are so many changes of direction and different points where you can accelerate very early and it is important not to lose control of the rear. Looking back: I never did well whenever I had a kart unbalanced at the rear. 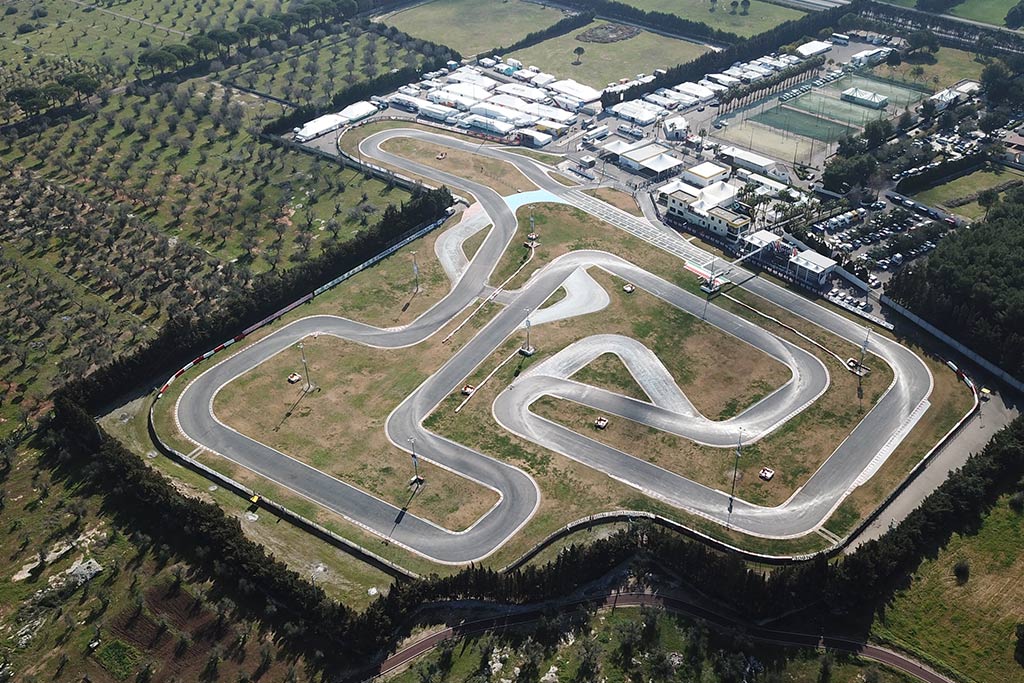 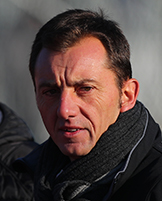 A driver born in 1974, Davide Forè is one of the most successful names in karting history. From his debut in Mini kart in 1982, his talent soon came to the fore and led him, over a handful of seasons, to be part of the official Tony Kart team. Forè won all his 4 world titles with the Italian company, as well as a series of other top-level competitions. When his time with Tony Kart came to an end, Forè raced with Maranello, CRG and Gold Kart before becoming Birel ART team manager. He returned behind the wheel in 2019 with the TK Racing Team

THE STRAIGHT BEFORE THE FINISH LINE

Get into sixth gear on the straight to the finish line: it’s the first bend on the circuit and you should take it driving fast, only climbing up to fifth gear. If the kart has high-performance tyres which hold up well, it’s a really good bend, also because when leaving it you can go wider to take advantage of the external curb. 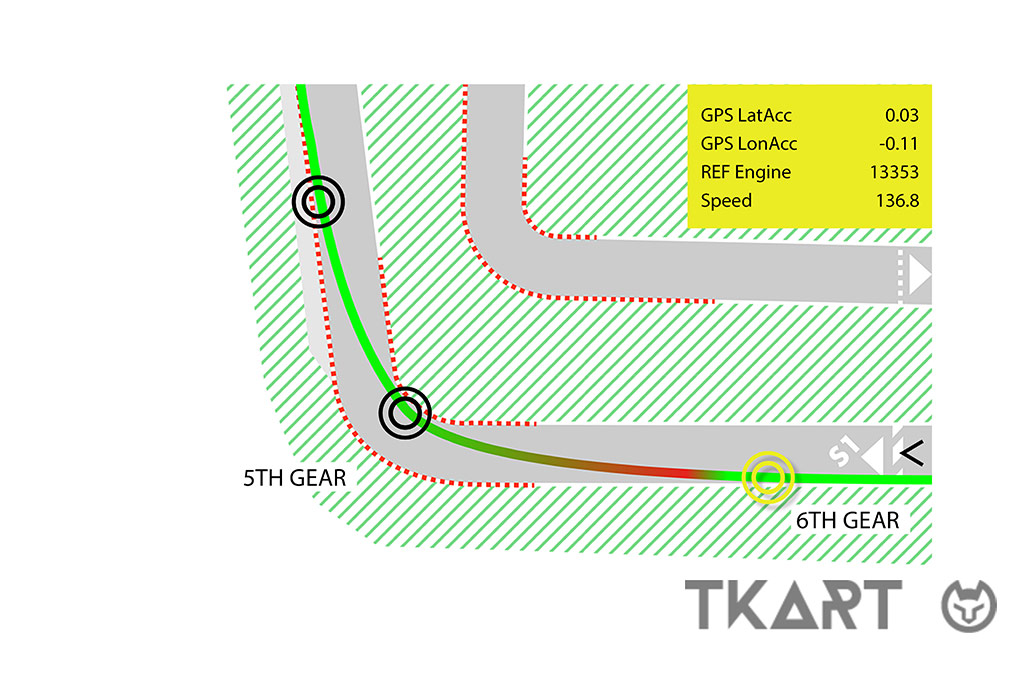 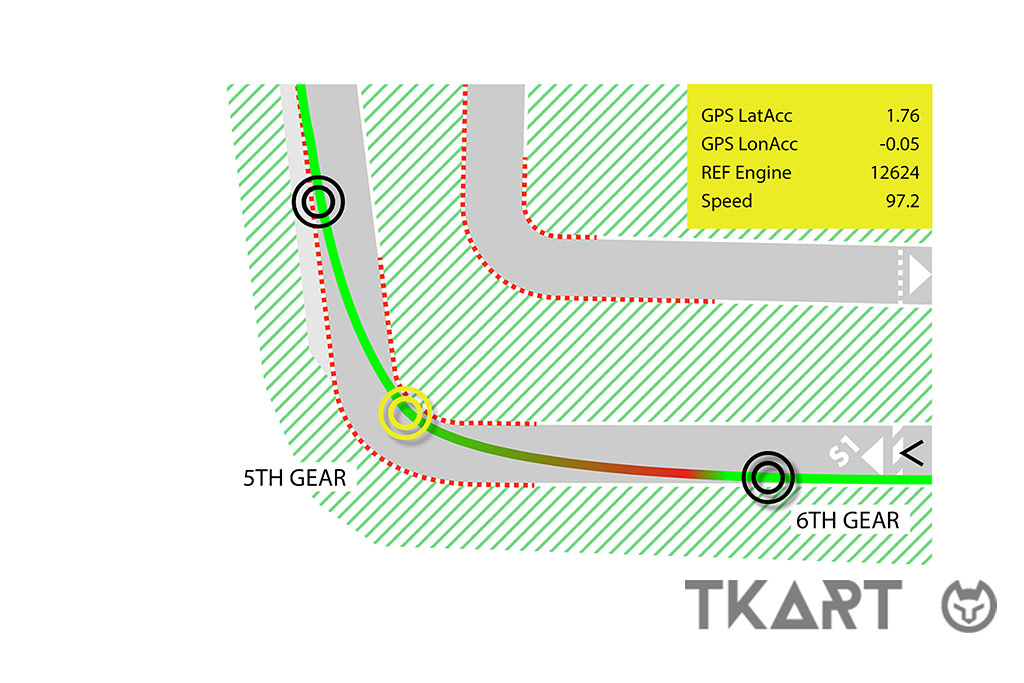 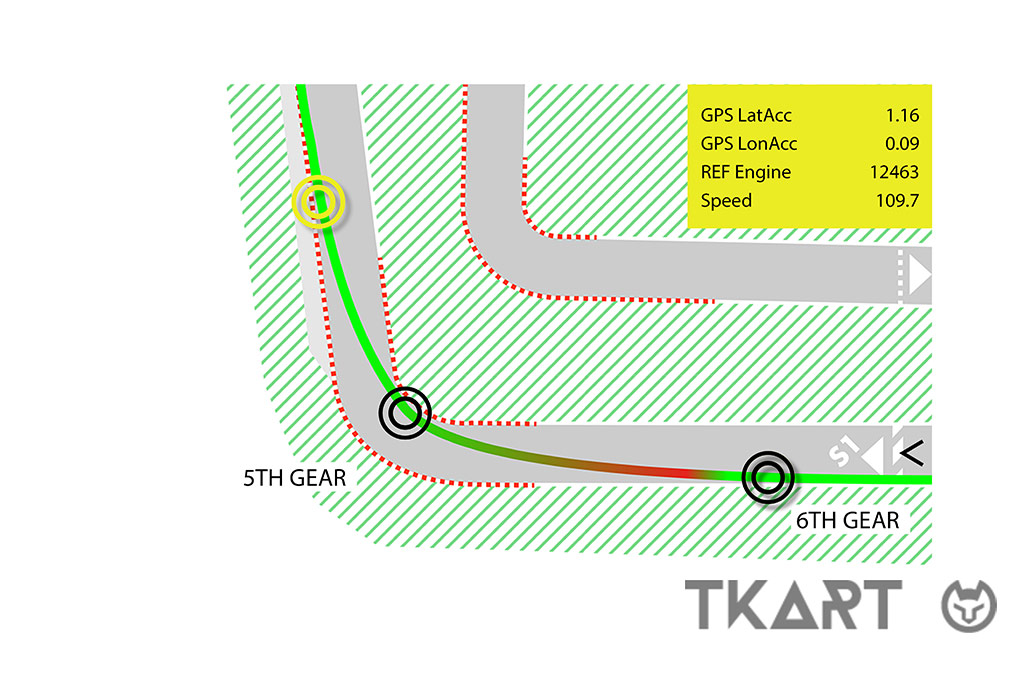 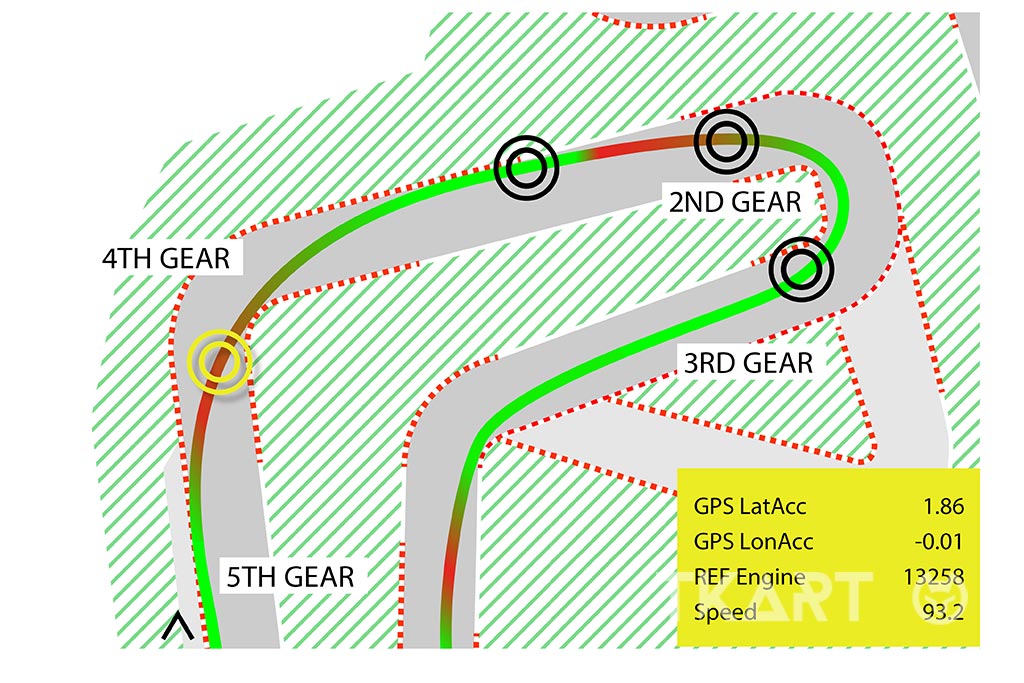 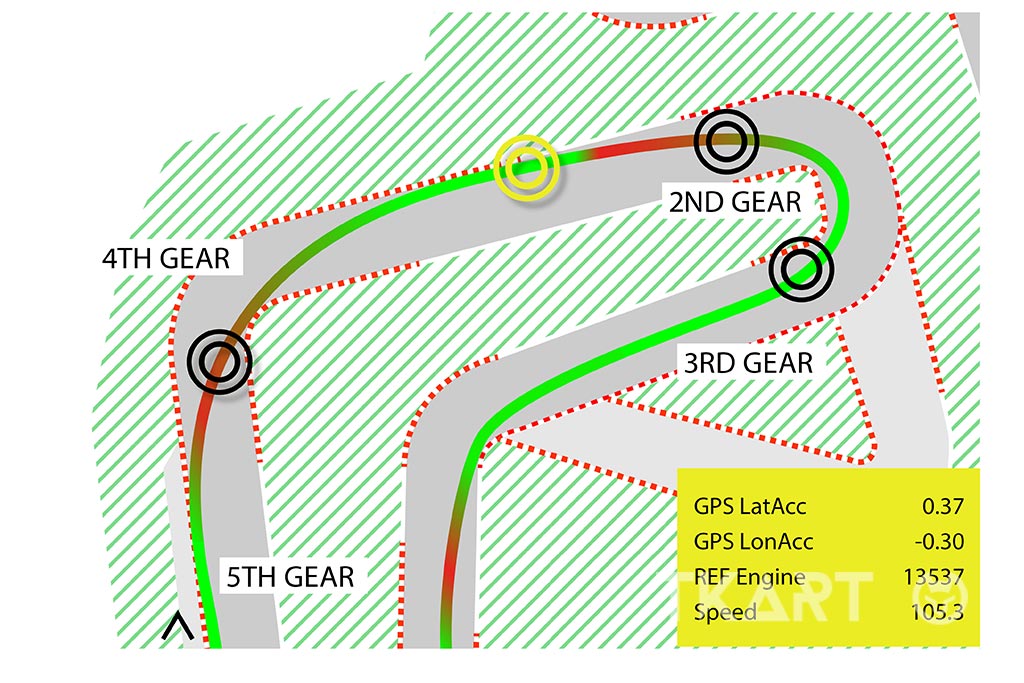 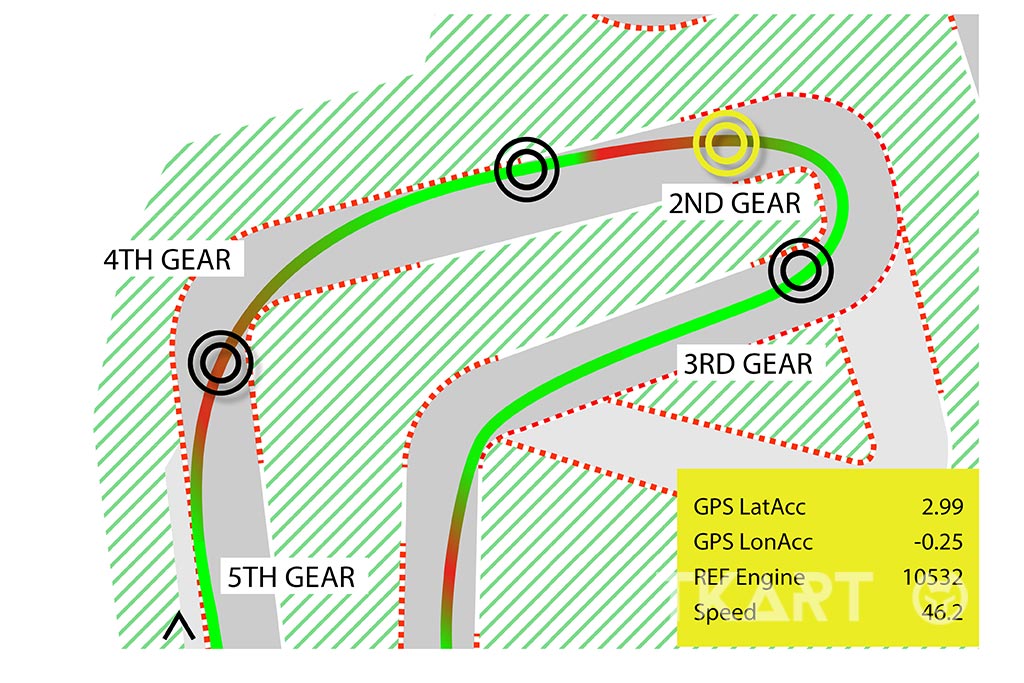 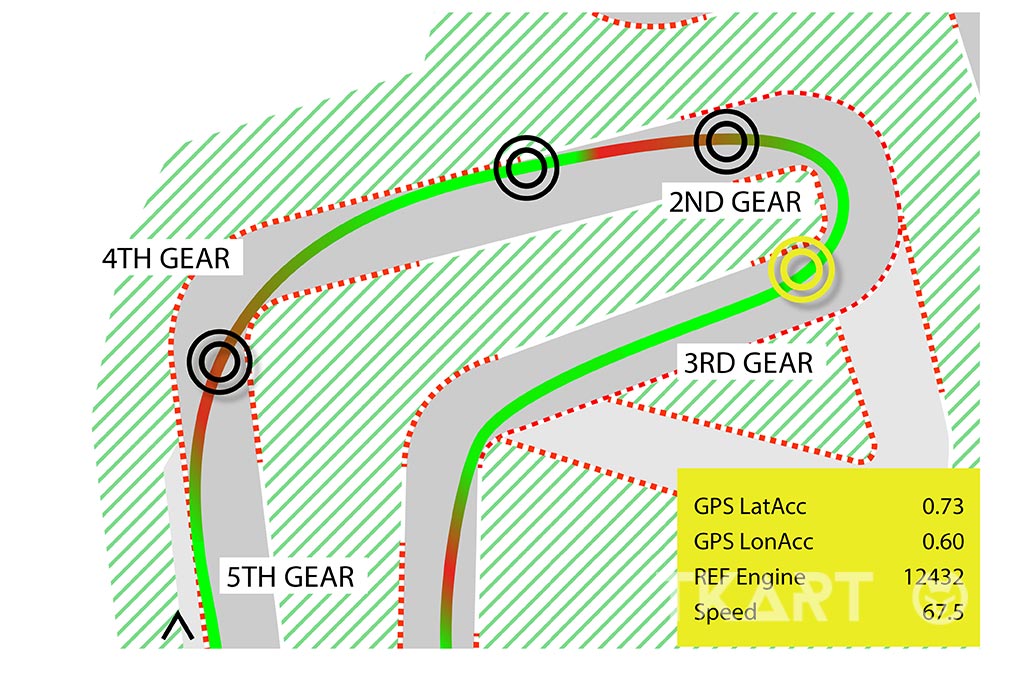 Coming out of the bend, stay in fifth gear and do not touch the brakes before the second bend on the right: slow down only when you put the kart into fourth gear, almost inside the bend. Almost touch the inside of the curb and go wider while staying in fourth gear. Instead, for the hairpin towards the right, brake in a decisive manner, even if with the KZ you don’t have to accelerate too far forwards. The trajectory must be a bit angular and stay tight when leaving the bend, almost touching the second of the two small curbs. In the second part of the bend you have to go as fast as possible, moving up to third and fourth gear and keeping the kart in fourth gear for the next left-hand bend.

DOUBLE BEND ON THE LEFT-HAND SIDE

Stay in fourth gear In the short straight section after the hairpin, accelerate strongly and stay within the bend. But without getting too tight: let’s say that a distance of about one and a half metres from the inner side is the best to set yourself up for the next bend on the left. Here, instead, you can move inwards in a decisive manner and almost touch the curb. In practice, this kind of double bend to the left should be considered a continuation of the same section: you should keep the kart in fourth gear the whole time and, if the engine holds up well, you should stay in this gear on the short straight (83 metres, editor’s note) as well. Using the fifth gear means losing more time than you gain by the additional speed. 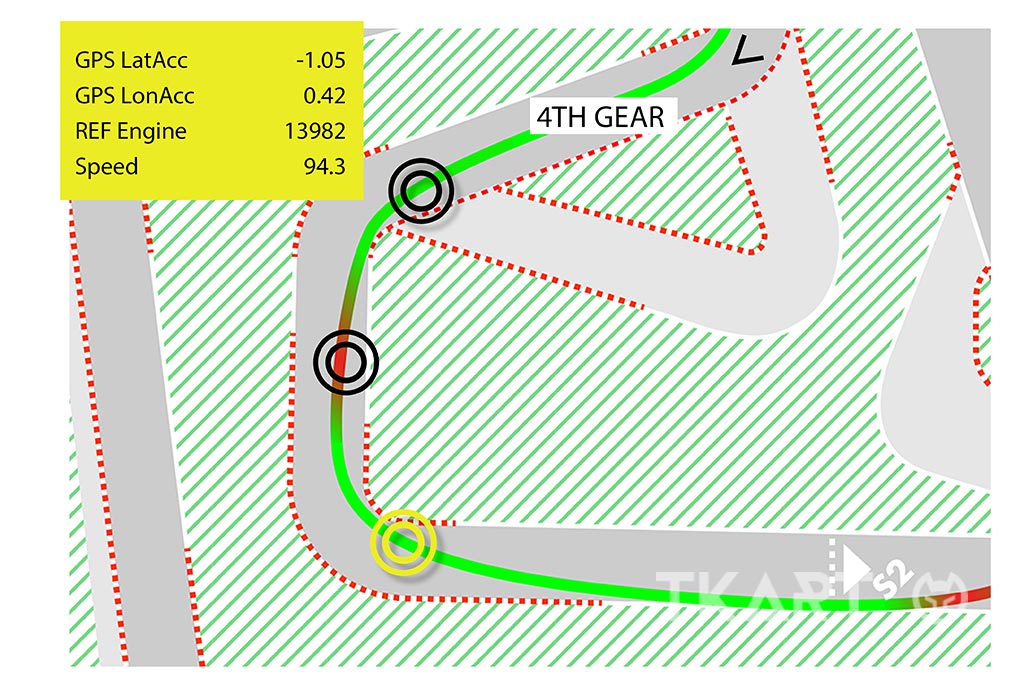 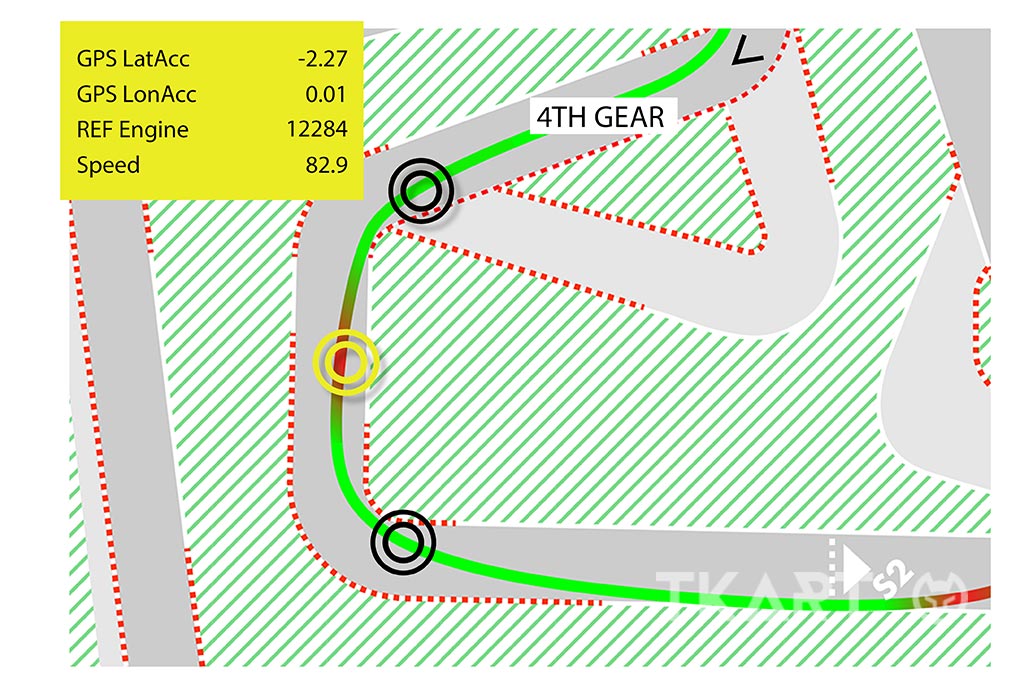 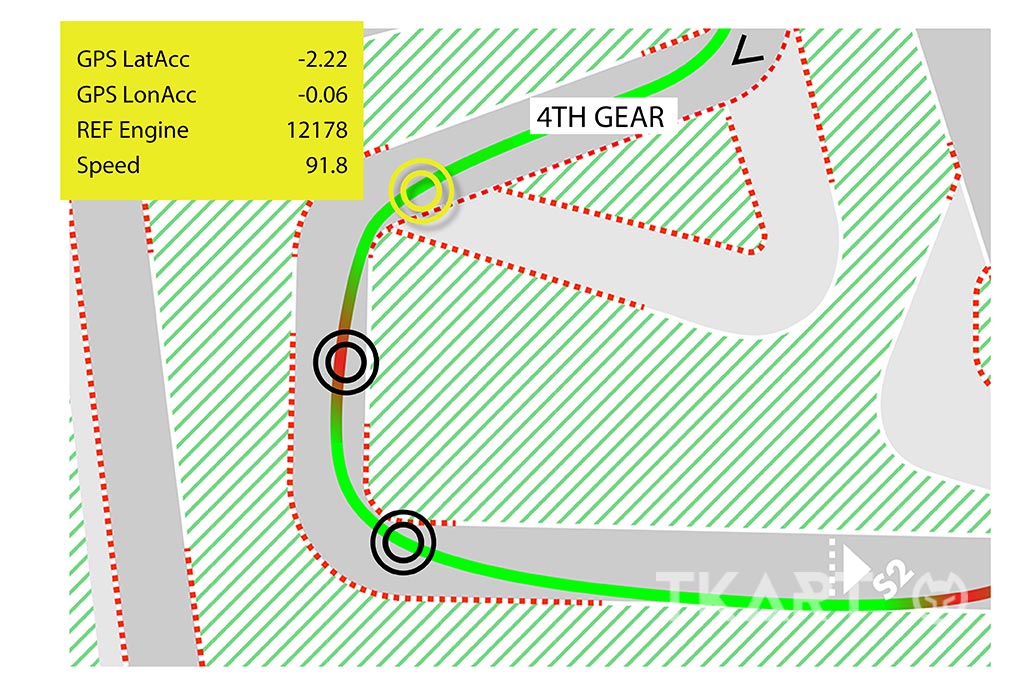 They can interest you...
Must Have
A useful ally for lifting a kart at the front and loading it onto a trolley
Champion Advice
Marijn Kremers: how to best manage the type of tactics for the race
Under Review
CRG Road Rebel, the chassis of champions - 2020 update
The Expert Advices
What hurts you after driving a kart? Pains (and cures) for kart drivers
The Expert Advices
Simone Sorio: perfect management of a 60 Mini kart
The Expert Advices
How to combat the heat when one is on the track
Champion Advice
The secrets of the Zuera International Circuit explained by Jordon Lennox-Lamb
How To
All the tips on avoiding and, if necessary, resolving seizure problems
Under Review
Vortex RSZ e RTZ, the evolution of the World Champion KZ engine
Under Review
The Ricciardo Kart DR01, model S10 2019
True or False
Is a single session sufficient to identify the ideal tyre pressure for the race?
True or False
Rims with a low air content profile provide a more stable setup
Must Have
A control pump for diaphragm carburettors
How To
Everything you need... To get on a track with your kart without any problems
True or False
Does it make sense to configure the same setup on non-shifter and shifter karts?
SUBSCRIBE or TRY FOR FREE

TOM JOYNER: THE “PERFECT” LAP AT SOUTH GARDA KARTING IN LONATO WITH AN OK KART 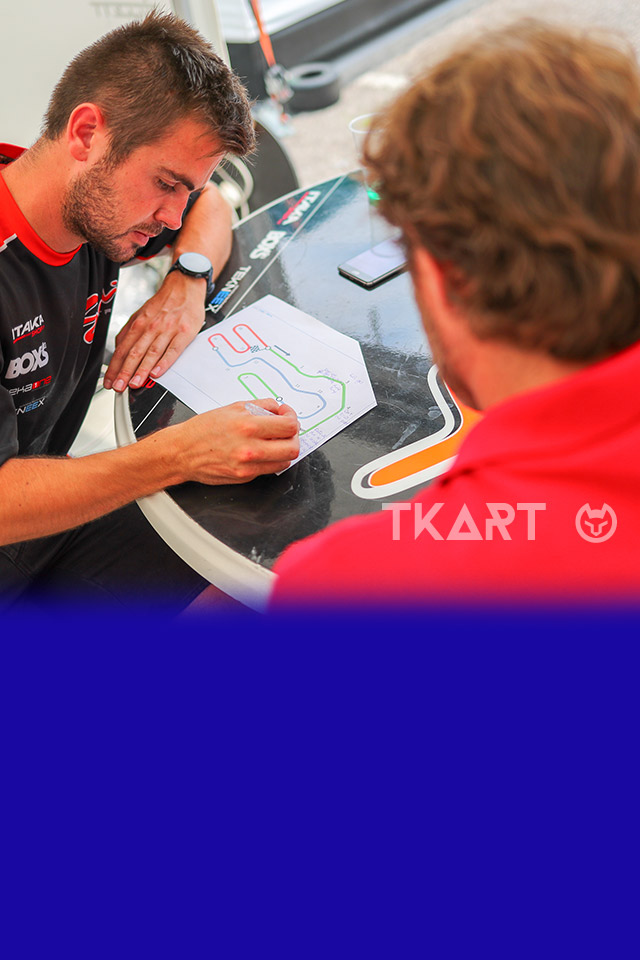