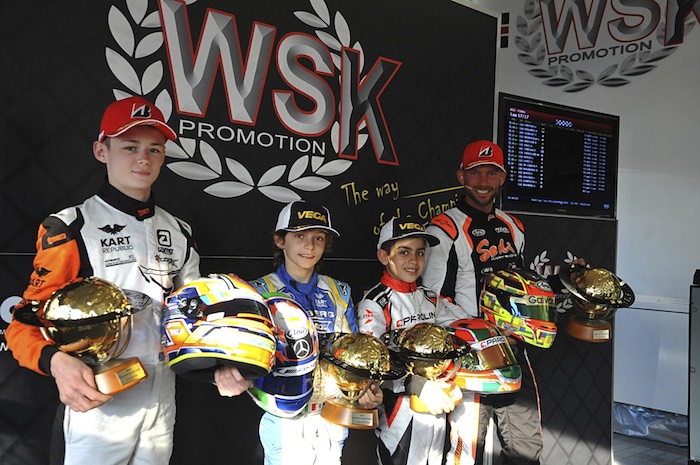 The win in four moves for the new WSK kings.
The final racing weekend of WSK Super Master Series 2019 in Sarno (SA) reserved some surprises until the very end. The fourth and closing race of this International karting series organized by WSK Promotion ended up with some sudden and unexpected classification changes that surprised even the protagonists. The WSK racing calendar will now continue full speed with the four new winners of categories KZ2, OK, OK Junior and 60 Mini competing this coming weekend for WSK Euro Series on the same circuit of Sarno. Time has come for another racing challenge for the new top drivers that will be challenged again in four rounds of this Continental series. 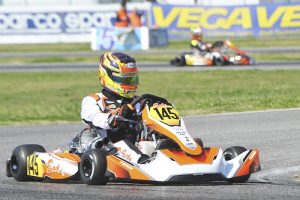 Bas Lammers (Sodi-TM-Bridgestone) did not settle for provisional classification lead in KZ2: title contenders were so strong and gaps so short that the Dutch was relegated to the 13th place in qualifying. Lammers struggled a bit also in qualifying heats ending 10th before bouncing back in Prefinal B. Another candidate to the final win, the Dutch Marijn Kremers (BirelArt-TM), had to fight with the competitiveness of a lot of KZ2 drivers in Sarno, which did not allow him to fill the small gap he had to the top of the classification. Lammers eventually claimed the win and took the title with 235 points in this way. The winner of the opening race in Lonato Adrien Renaudin, run a solid race and the third place pulled in Sarno allowed him to retain the runner up position in the classification (159 points). Marco Ardigò (Tony Kart-Vortex) totaled 133 points in one weekend only and installed himself in P3. 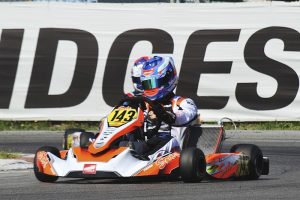 Dexter Patterson on top of OK. 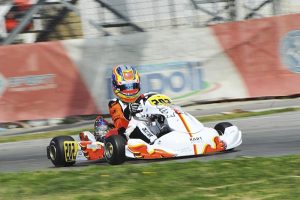 The Scot Dexter Patterson turned OK to his favor in four races, replying to the Italian Lorenzo Travisanutto (both on KR-Iame-Bridgestone), who had the upper hand at the beginning of the season. Patterson displayed his best shape in the closing round and turned out to be uncatchable in the heats, Prefinal A and Final, eventually taking the title with 392 points. Travisanutto was second since the previous race held in La Conca and lost his position to Taylor Barnard (KR-Iame), slipping down to P3 at 285 points. Barnard could not beat Patterson and closed second at 290 points winning Prefinal B. 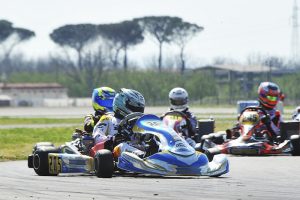 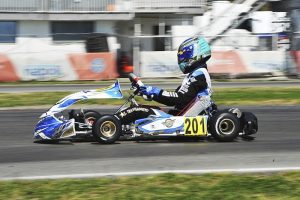 Andrea Antonelli on top of OKJ by a whisker. 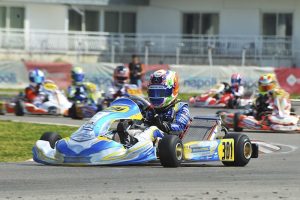 The title hunt of OK Junior has been open until the very end. Andrea Kimi Antonelli (KR-Iame-Vega) seriously risked losing the win as the Italian did not qualify for the Final. The Italian was penalized due to a contact with Thomas Ten Brinke (FA Kart-Vortex) in Prefinal A and could not increment his 220 points on Sunday. During the Final, Antonelli’s lead built in Sarno seemed to be safe since Ten Brinke was out himself, but Jamie Day (Exprit-Vortex) briefly challenged that taking the lead. The British driver lost it after the chequered flag when he was penalized due to the front fairing of his kart being misplaced. Antonelli managed, therefore, to keep his lead as the Final winner from Russia Artem Severiukhin (Tony Kart-Vortex) was second (199 p.) and Day third (191 p). 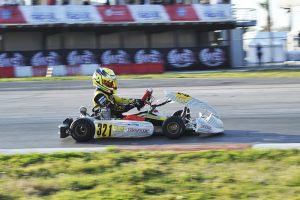 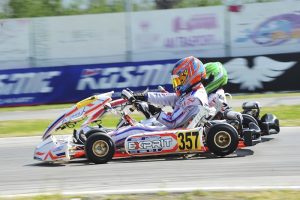 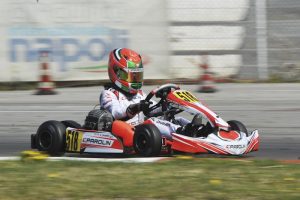 The fight involving United Arab Emirates’ Rashid Al Dhaheri and the Belgian Ean Eyckmans (both on Parolin-TM-Vega) that excited 60 Mini in the most recent rounds ended in Sarno with the Final win and title going to the very young Mid-East driver. Both showing a contagious smile, the two young drivers had one poor result each. Al Dhaheri struggled in the penultimate race when Eyckmans installed himself on top of the classification, while the latter had a troubled weekend in Sarno instead. Thanks to the victory at the feet of the Vesuvio, Al Dhaheri completed the final overtaking in the classification and reached 322 points, relegating Eyckmans to the second place at 246 points, which was overall a good result for the Belgian that kept the place leading the Jamaican Alex Powell (Energy-TM) by one point only. The latter finished third thanks to a good comeback after winning the round in Muro Leccese. 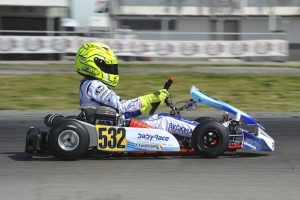 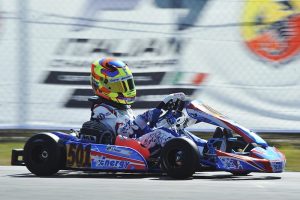 The WSK Super Master Series Rd. 1 at Adria (I)