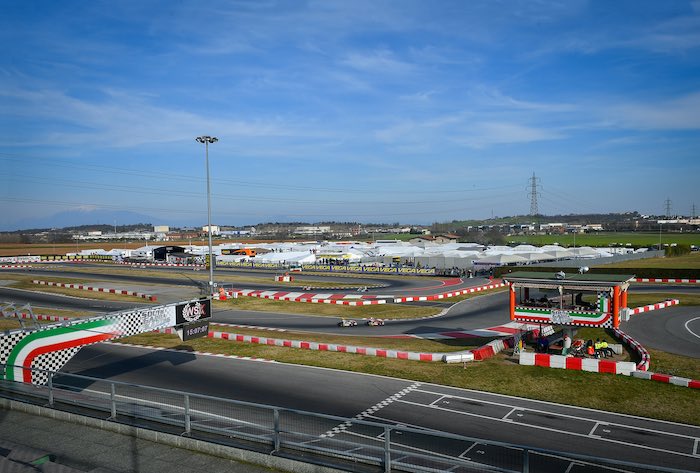 A new world record for a karting race involving four categories has been set in Lonato: 372 drivers entered in fact the second round of WSK Super Master Series, race to be held at the South Garda Karting in Lonato on February 20th – 23rd after the opener in Adria on February 2nd. This event is going to be very crowded and memorable in all categories: 110 drivers will contest Mini, 88 OK, 97 OK-Junior and 77 KZ2 that is at its WSK season debut. The quality of drivers is very high too with a lot of foreign racers representing 47 countries.

The program of the event is going to be quite intense, three qualifying sessions for each category will get underway on February 21st from local 10:50 and the first qualifying heats will follow. Heats will continue from 10:00 on Saturday, February 22nd and will end on Sunday, February 23rd, after a total of 50(!) heats. Prefinals will be available in Live Streaming from 11:20, while the first final of OKJ will start at 14:00, KZ2’s will follow at 14:30, OK’s at 15:00 and Mini’s at 15:30. Classifications after the opener held in Adria on February 2nd are the following:

Live Timing, Live Streaming and Results will be available at www.wskarting.it

Bridgestone, Vega and Panta suppliers of tyres and fuel in the...

Qualifying heats at the WSK Open Cup in Lonato (BS)