In this unprecedented period due to the stop caused by the Covid-19 pandemic, while waiting to resume season 2020, WSK Promotion and Tatuus launched a new initiative: the virtual WSK E-Sport Championship!

The void led by on-track racing can be filled by virtual races at the moment. WSK Promotion and Tatuus launched the WSK E-Sport Championship using a videogame developed by Malta World Pro Racing. Formula 4 and Formula Regional cars will be used for events open to invited karting and formula drivers. 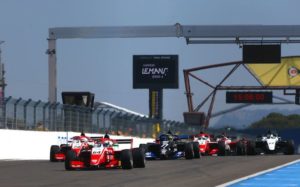 The first round will take place in the next few days with qualifying on the virtual Adria circuit on Formula 4 challengers and a double race in Imola on Formula Regional. Races will be streamed to YouTube and WSK’s webpage, with commentary. The calendar of the  WSK E-Sport Championship will be announced shortly, as well as the entry procedure.