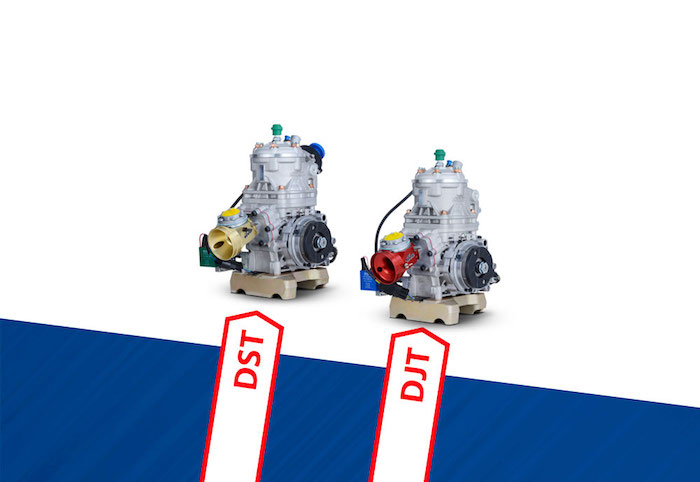 OKJ. At the end of a fighting weekend, always struggling for top positions, the Vortex engines gain two steps of the podium in the OKJ category, with Alex Dunne (Tony Kart Racing Team) second, followed by Thomas Ten Brinke (Ricky Flynn Motorsport).
The engines of the OTK group bring in topten also two other great protagonists of the exciting third round of the FIA Karting European Championship staged in Genk: Nikita Bedrin (Tony Kart Racing Team) is fifth (due to a penalty imposed after the finishing line, crossed in third place) after ending second in the wet qualifying heats and being the star of the Saturday Heats with four victories. On the other hand, Enzo Scionti (Ward Racing) concludes tenth, gaining also four third places in the Qualifying Heats.
The heats are giving the Vortex brand many great results: besides the second final place, Alex Dunne collects three victories and a fifth place in qualifying. A victory each for Thomas Ten Brinke, Kajus Siksnelis and William Siverholm (both WARD Racing). These successes, combined with the important placings of Axel Malja (Kosmic Kart Racing Department), second with best lap; Jakob Bergmeister(Millennium Racing Team), always second; and at the best laps of Ten Brinke, Siksnelis and Matheus Ferreira (Lennox Racing Team) are proving once again the great adaptability of the DJT engine (present on the grid supporting 30 drivers) to the changing and unpredictable weather conditions. Despite the rain on Friday afternoon, the pole position of Conrad Laursen (Ricky Flynn Motorsport) is actually always signed by Vortex.

OK. Dino Beganovic (WARD Racing) is the driver bringing the Vortex DST onto the third step of the podium in OK at the end of an exciting race, interrupted by the rain in the final stage of the race. The result of Beganovic comes at the end of a very constant weekend, in which the Swedish driver always comes in the top ten after obtaining, in the rain, the second best time within his group in qualifying.
With Vortex, also Harry Thompson (Ricky Flynn Motorsport), Jorge Pescador (Magic Racing Team) and Noah Milell (Tony Kart Racing Team) are the authors of great performances in final, managing to get close to the top ten by recovering a total of 35 positions.
In the heats, Vortex gets great success with Sebastian Ögaard (WARD Racing) and important placings and comebacks with the second places of Noah Milell, Matheus Morgatto (Tony Kart Racing Team) and Harry Thompson.

The FIA Karting European Championship for VORTEX starts with a podium0

Antonelli and Patterson take their first poles in Kristianstad

The rise of Suleiman Zanfari continues in Sweden