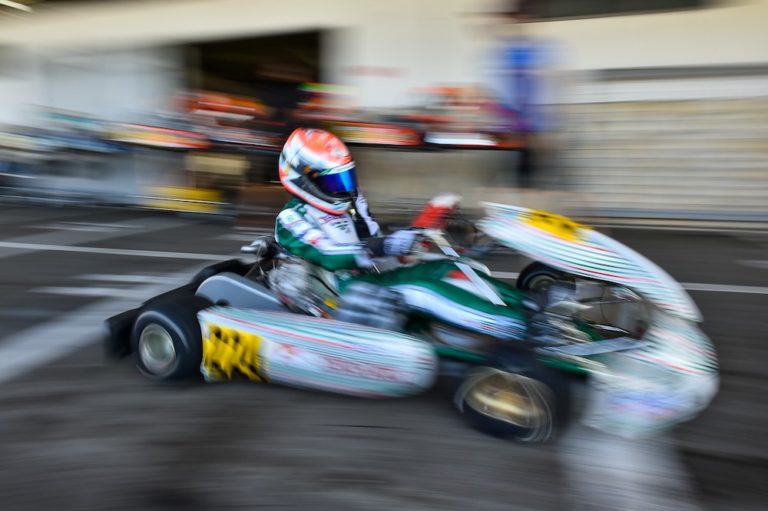 For the OK and OKJ direct-drive categories, the FIA Karting European Championship is coming to an end. Both championships will take place at the Prokart Raceland in Wackersdorf, Germany, where our Racing Team will get on track aiming at reaching top positions for its drivers who, at this such important appointment will once again rely on the top quality of the Tony Kart Racer 401 R – Vortex package.

In OK, we will get back on track with Joseph Turney, who gets close to the podium of the general rating thanks to the excellent performance he carried out in the latest race meeting in Sarno, ended with a third position in Final. At his side, also the Englishman Callum Bradshaw, who will make his début “in green” in Wackersdof, on the occasion of his return to the FIA Karting circuit.

For Tuukka Taponen, who is currently second in the OKJ rating, the coming weekend is certainly the most important in the running for the Title, after the victory in the first round. Besides him, Bruno Del Pino, fighting for a position in top 10 in the general rating, and Karol Pasiewicz, back from a wonderful recovery in the final stages of the last race on the Circuito Internazionale di Napoli. The English couple made up by Aiden Neate and Harley Keeble, whose excellent performances have been unfortunately damaged by several race events so far, will do its best to enter the fight for top positions. Moreover, in Wackersdorf, Maxim Rehm will be racing again together with Alfio Andrea Spina, who will be able to continue his path within our team after a promising début.

The action on track of the last round of the OK and OKJ FIA Karting European Championship will be available on the YouTube official channel in live streaming starting from the Qualifying Heats until the Finals on Sunday. On the official FIA Karting website, instead, you will be able to look up all results besides the integral live-timing of each session.

The future of autonomous driving rests on karts