Search
Login
Home Features Tony Kart in Genk for the final stage of the KZ and... 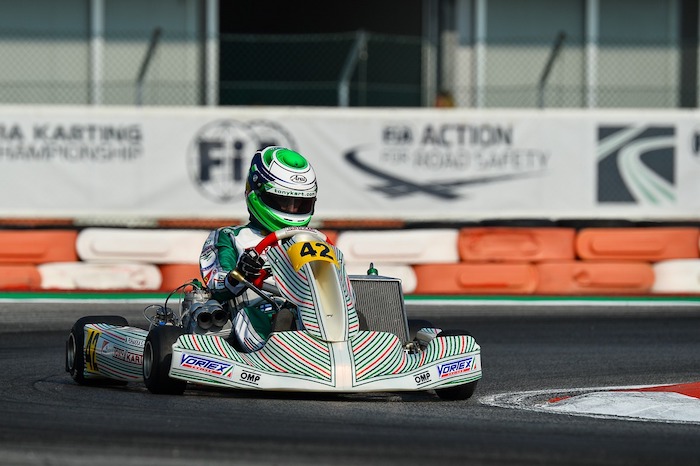 The first FIA Karting Titles will be awarded this weekend at the “Home of Champions”, where our Racing Team will be fighting for the victory in the KZ category.

The Tony Kart Racing Team is racing this weekend in Genk, Belgium, stage of the last and decisive round of the KZ and KZ2 FIA Karting European Championship. An appointment that we have been preparing for so long, working with our drivers on the Tony Kart Racer 401 R – Vortex package in the shifter version, proved to be extremely competitive in the very first round in Adria, climbing onto the second step of the podium of KZ with Simo Puhakka.

The Finn, our first leader in the category, is present in Genk firmly occupying the second place of the general rating and fighting for the European Championship Title.

The performance of the first round, where Puhakka was among the most constant drivers, also gathering two victories in the heats and a best lap, will allow us to be confident of this decisive appointment. Also his teammate Noah Milell, author of a positive return to the track in Adria, which earned him the fifth position in the championship, has all his papers in order to enter the fight for a place on the podium of the general rating.

The target of our drivers engaged in KZ2 will be recovering from a first round influenced by events which prevented them from fighting for results within their reach. For our new entry Gilles Stadsbader, the race in Genk will also be his home race: a further motivation to do well after a first training round.

Also the last round of the KZ and KZ2 FIA Karting European Championship will be completely broadcasted on the FIA Karting channels. Integral live timing of all sessions and detailed results with lap-by-lap analysis will be available on the official website. Live streaming, instead, will start with the Qualifying Heats on Saturday until the Finals on Sunday.

Never miss any news again: be up-to-date with the new Rotax...

Podium in KZ2 for the Leclerc by Lennox Racing Team