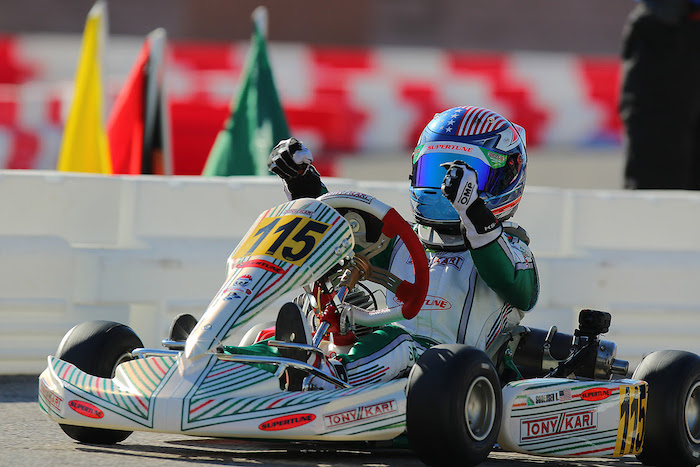 Looking to close the 2019 ROK Cup USA season on a high, Supertune claimed a pair of ROK the RIO Championships this past weekend in Las Vegas, Nevada. Taking on the RIO All-Suite Hotel & Casino, the Tony Kart team left the weekend with both the Mini ROK and Junior 100cc championships with drivers Kai Sorensen and Jorge Ortiz.

With eleven drivers under the Supertune team tent, two wins and four top-ten results were attained as three of those top-ten finishes came from the Mini ROK class. With Sorensen claiming one heat race win and starting Championship Saturday’s main event from the front row, the multi-time ROK champion did it again. Driving his Tony Kart chassis to another win, Kai Sorensen is your Vortex Mini ROK ROK the RIO Champion. Teammate Anderson Leonard was never outside the top-ten all weekend and saved his best drive of the weekend for Saturday’s main event. After finishing ninth, ninth, sixth and tenth in the four heat races, Leonard drove to a top-five result during the weekend’s final.

Enzo Deligny put a third Supertune Tony Kart in the top ten coming from 14th on the grid. Showing the pace that he had all weekend, Deligny marched his way forward like a seasoned veteran and nearly scored a top-five result ending his weekend in sixth. Xander Reed closed his ROK Cup USA season with a 13th place finish while Wyatt Vidovich and Christian Cameron were classified 20th and 32nd respectively. 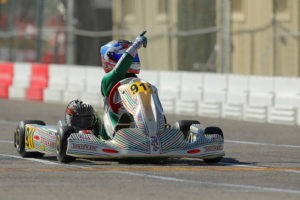 The second Supertune ROK the RIO Championship came from the hands of Junior 100cc driver Jorge Ortiz. Finishing first, second, third and second in his four heat races, Ortiz started the main event from the pole position and drove to victory to take the biggest win of his young racing career.

The quartet of Supertune drivers in the Junior ROK division did not have the weekend that they had hoped for. John Burke led the way with a tenth place result in the first heat race and secured the best result of the Junior contingent on Championship Saturday finishing 15th. The brother duo of Carson and Cole Morgan finished 20th and 21st respectively with Carson also scoring a top-ten result in the progressive heat race format. Cole came from 46th after heat one to nearly steal a top-20 result in the weekend’s main event. Noah Baker battled in the mid-teens for the majority of the weekend but an incident in the main relegated down the running order with a result that was not indicative of his true speed.

“Congrats to both Kai and Jorge as well as to their tuners and families for an incredible weekend,” explained Supertune’s Ben Cruttenden. “A big thank you to ROK Cup USA and their staff for another incredible event and to Tony Kart and Vortex for providing us material that is capable of winning each and every race weekend.”

Second round of ROK Fest confirmed for Amarillo Kart Circuit