Home Features SFR Motorsport up on the podium again with RS Kart at the... 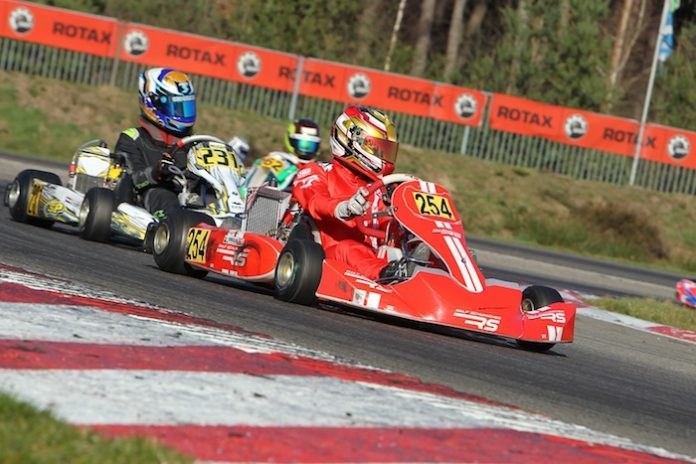 The latest podium results are a well-earned reward for SFR, who are now the official RS chassis importer of the Ralf Schumacher signature brand for the southern part of the UK. Team director, Ian Cole, admits he’s very pleased with the early progress in what will be their first full year racing in Europe, “I’m really happy with what we have achieved at the initial two international events this year, as it shows the team’s hard work is paying off.”

For Daniel Guinchard, stepping up on to the podium twice in just a few short weeks at the highly competitive BNL events in Junior MAX, now has him even more motivated than ever, “I’m happy about our results; it’s great! After a very difficult weekend at Genk for round 1 of the BNL and to still come out third overall in the points… I’m thrilled!” 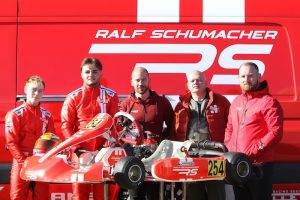 “We knew after the BNL Kick-off that we definitely had the pace to win, but lost the lead after the restart in the final. I was still coming to grips with everything, but now it’s all good.” He believes the RS chassis is performing well too and still has more speed yet to show, “It’s going great! Every time we put the kart on the track, we keep finding new things, and it’s getting quicker and quicker.”

Daniel is leading the way in the European line-up, while his teammate in Senior Rotax didn’t have as much success at the opening edition of the BNL, unfortunately. Hayden Cater drove some good races across the weekend, suffering bad luck in the heats, while having to take evasive action to stay out of trouble. He’s been out of the seat for a couple of years, but currently weighing up the options now for his racing program. 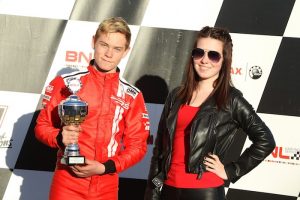 SFR Motorsport is on a good way. They are a new team who aim to build the team around every one – not only one person/driver. They have a busy international schedule this season that includes the Rotax Euro Trophy, BNL series and X30 Euro next up in Belgium, together with all the major races at home in England, continuing this weekend with the new Rotax British Championship. Added to this, the collaboration with RS Ralf Schumacher, and it’s looking like an exciting 2019!

If you are interested to test or race the RS Kart, contact SFR Motorsport located at Waltham Abbey, London GB.