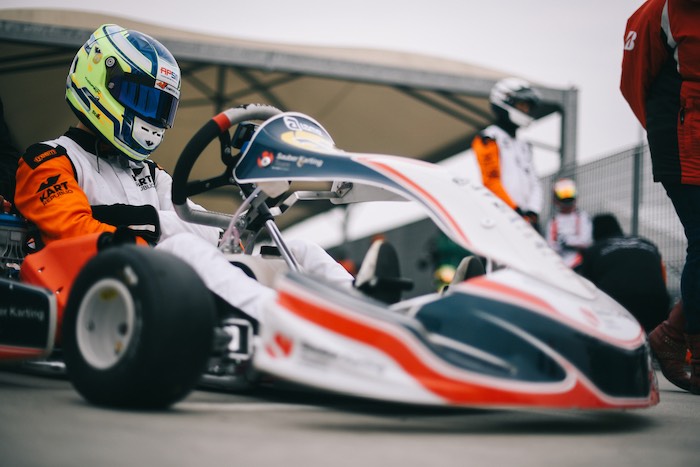 Very good performance from our drivers, with Christian Ho again on the podium in OKJ, after a solid week end for the first round of the WSK 2020 Super Master Series in Adria. Good progression for Miguel Costa in 60 Mini and a pretty tough final for Harry Thompson in OK, out of the podium after fighting for the win. 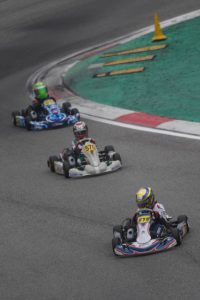 Sauber Karting Team Manager, Richard: “I’d like to start with Christian Ho, who had a solid week end this time! After a good qualifying session, he managed to stay in the upper positions during the heats, and then fought hard to score a nice podium finish in P3! He keeps growing and I think we might soon be able to win with him; well done!
Harry Thompson qualified well (P2) in OK, won one heat but was forced to stop during the last one. This affected his starting position for the prefinal, but he made it to recover, finishing 4th. It was a tough race in OK this time; Harry had to fight very hard with his opponents and had the speed to even win the race, if it wasn’t for a few contacts he got involved in. Anyways, he’s always there, always competitive; this is a long Championship, so scoring points is the most important thing!
Miguel Costa, did not qualify well, and this forced him to start from the back, but he made it to recover nicely. He started 21st on the final and finished 12th, with a good progression!” 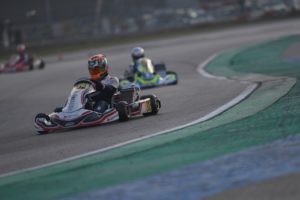 Kart Republic General Manager, Dino Chiesa: “I’d like to say I’m happy with our level of performance in 60 Mini, with Costa (Sauber Karting Team) recovered nicely after a bad qualy session. We are fast with this chassis and the Iame engine, so all is looking promising for the rest season.
Christian Ho jumped on the podium in 3rd place in OKJ; he also keeps growing and seems always closer to be ready to fight for the win.
We witnessed a seriously tough final in OK, which I’m not going to comment! I truly trust the Management, the Race Director and the Race Marshals at WSK to soon fix all the issues we saw last Sunday.
I’ve been happy to see a very solid pace from Harry Thompson, again. He deserved more on this one, and I’m sure more will come soon!”