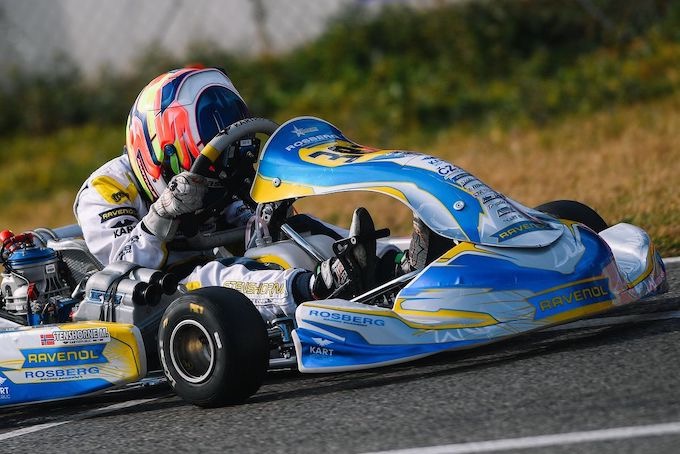 Martinius Stenshorne scored a magnificent race win at the 25th Winter Cup, in OKJ! The Norwegian fought hard with fellow KR drivers Lindblad and Badoer and made it to score the win with a mighty performance.
Taylor Barnard recovered from the very last position gained in qualifying (due to technical issues), concluding his final into the Top 10! Also very nice performance from Van Hoepen, and all drivers seem competitive for a thrilling consinuation of the 2020 season!

Kart Republic General Manager, Dino Chiesa: It’s been a thrilling final in OKJ with our drivers fighting for the win, and they all made a great job, entertaining us and racing hard but fair! Stenshorne did a great job and deserved the race win. The next round of the WSK Super Master Series is going to be tough, since we know we are the leading Team in OKJ at the moment, so we expect a good challenge!
I’m happy to see how competitive we are also in OK ; Van Hoepen had a solid week end, despite an unlucky final. Barnard had a technical issue during qualifying and was forced to start from last position on all heats, but recovered nicely and finished in P10 in the final despite a Spoiler Penalty; I’ve seen some wise racing from him, as he’s been able to stay away from crashes!

Overall, a very good week end for us, in preparation for the next round of  WSK Super Master Series, here in Lonato.

Antonelli takes back the okj leadership in Lonato!

First win for Antonelli with the Rosberg Racing Academy