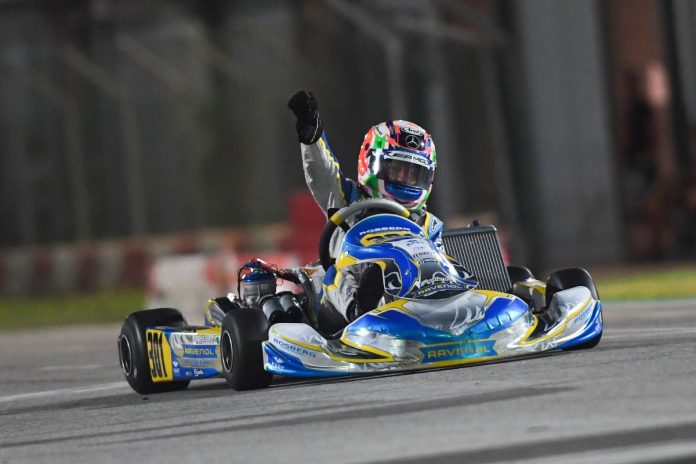 Rosberg Racing Academy is back to the top of the classification with Andrea Kimi Antonelli! After winning the WSK Super Master Series, earlier this year, the Italian also seizes the title at the Euro Series from WSK in OKJ class, and he did it in style, after dominating the final round in Adria!
Also, amazing performances from our two drivers in OK; Barnard completed a pretty solid weekend finishing P5, and Han made it to P8, after an incredible development from the beginning of the season!
The whole team, the mechanics and Kart Republic did a really great job taking these two rookies and guiding them both into the Top 10.
Let’s hear from the protagonists.

“It’s been a long and hard championship. We didn’t have a good start in Sarno, we struggled a bit, having to recover our pace. This weekend my package was amazing! Both chassis and engine were incredible and I’ve been super comfortable driving here!
I’d like to thank my mechanic, Giulio, Rosberg Racing Academy and Kart Republic.
Also, big thanks to my sponsors: Lucky Design, Bengio, Alpinestar and Mercedes.
I’m super happy about this achievement, and I’ll try my best to also win the World Championship!”

“We’re super happy for Antonelli, he’s been very strong and consistent throughout the whole weekend; he made pole position, he won heats, he won the final and seized the title in OKJ! Super happy about that, it just couldn’t go better!
In OK, a very good race for Barnard again; he finished P5 and keeps improving constantly.
Also, really surprising performance from Han; he’s also very consistent with his growth and this time, with some more luck, he made it to P8 in the final. We’re really happy about that.” 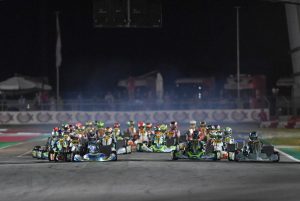 “I don’t really have much to say about Antonelli; he simply dominated in OKJ and won the Championship, with a perfect weekend!
I’m really pleased about the performances we can now show in OKJ; we’ve been developing new parts and solutions for this class as we seemed to be missing something at the beginning of the season; this weekend all of our drivers have been faster.
Antonelli really deserves this win, after an impeccable weekend! I’m really happy also for Barnard and Han, they’re getting faster with each race, and now they’re both in the Top 10. Well done!” 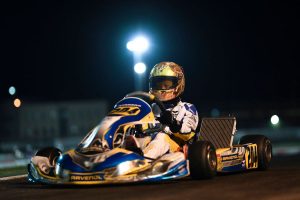 Our three drivers will be back on track on July 21, in Le Mans, France, for the final round of the CIK-FIA European Championship.

Final races at the WSK Open Cup in Lonato (I)

Rosberg Racing Academy steps up its efforts for young karters