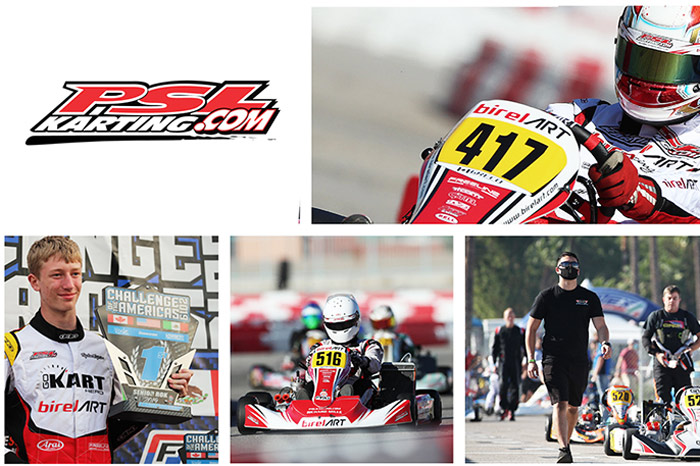 Strong contingent of drivers ready for a new year of racing”

A new year will bring a new driver lineup for PSL Karting / BirelART North America in 2021. Set to contend all national championships across the United States, a strong fourteen driver team will put their best foot forward beginning with the first event in January and push all the way through to the final event later this year. With race wins, podium results and championships the goal, some big names highlight the 2021 PSL Karting / BirelART North America contingent.

“Every season we seem to add more talent and drive to our team lineup,” expressed Dominic Labrecque. “2021 is no different. We have several new as well as returning drivers, race winners, world title holders and champions. We have drivers that have levelled up in classes and others that have been front of the field contenders year after year.”

Caleb Gafrarar will make the move from Mini to Junior in 2021 as he will race alongside PSL Karting / BirelART North America newcomer Jack Jeffers while Jackson Pearsall will compete in Mini Swift.

Labrecque continued, “Our season will kick off in Florida for the start of the Superkarts! USA and ROK Cup USA series as well as the United States Pro Kart Series program. Following that, we will travel back and forth from Canada to the United States competing both north and south of the border.”

The Rok Asia by Domenico Cicognini