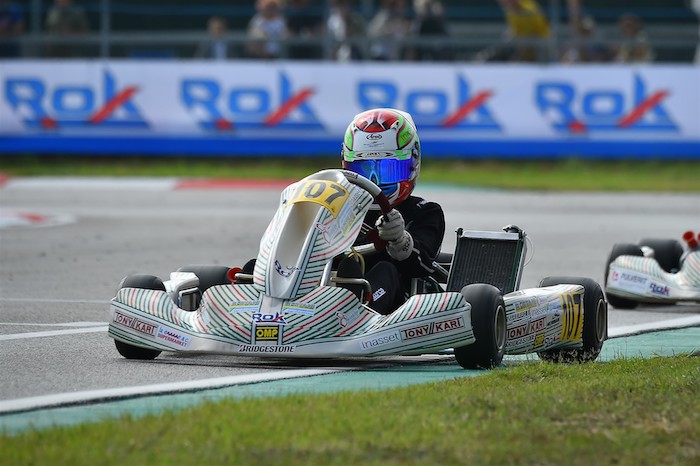 For the talented Friulian karting and the Cesena team directed by Andrea Pedrini it was to be a test in preparation for the World Super Final at the South Garda in Lonato next October, but since qualifying Filaferro has been on display marking the seventh time trial , concluding the next three races scheduled on Saturday and Sunday constantly in the podium area thanks to two thirds and a second place that earned him the front row, at the debut, in the Final.

Despite the lack of experience with the new material, tested only during a day of testing in the OKJ version, Filaferro immediately found an excellent feeling with the Tony Kart, crossing the line in second place, marking the fastest lap of the Final. Following the technical checks the commissioners imposed the disqualification of the winner Mazzola and currently the ranking is sub iudice. 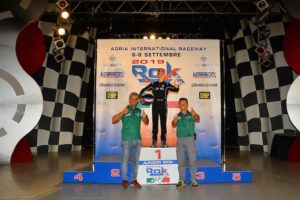 “We are delighted with this result. We had arrived here with the aim of gaining experience and we found ourselves fighting for the final victory at the first exit in Junior Rok. A result that repays us for all the work done in these days, despite the lack of experience especially with these tires. At each run we put Andrea in optimal conditions by constantly improving all our material. I was very good at keeping my concentration always high, reacting with every change of setup. There is still room for improvement and in Lonato we will try to take another step. Now we await the final decision of the judge ”commented Andrea Pedrini with satisfaction.

“It was a difficult weekend due to the constantly changing weather conditions. I arrived on the track with only one day of testing in the OKJ version, while I had never tried the Junior Rok material with Bridgestone tires. Our goal was to gain experience without giving too much importance to the final result and instead, I return home with a trophy. Right from the start I was comfortable with the Tony Kart material and in each session I was able to improve both in dry and wet track conditions. I thank all the NEWMAN Motorsport team for the job and my mechanic Tommaso who has followed me in this new adventure. I am sorry for my friend Mazzola who could not get on the podium with me, “commented Andrea Filaferro. 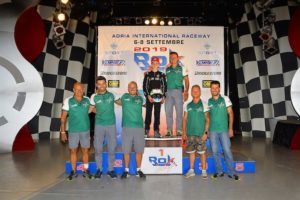 In the Mini Rok, Giacomo Pedrini closes the weekend at the thirtieth place, ahead of Patrik Fraboni, thirty-third. Tenth place for Thomas Baldassarri in the Bridgestone Trophy. “A ranking that does not do justice to our boys who unfortunately in the Final have thwarted the work of the previous heats where they had scored remarkable chronometric results. now they will do a few days of training in Formula Medici to prepare the Superfinal for the better, ”the team manager concludes.

The seventeenth edition of the international final Rok will take place from 9 to 12 October in Lonato. 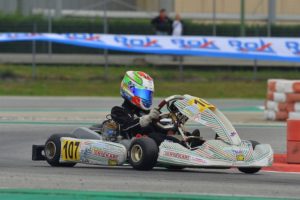 At the 7 lakes Kart of Castelletto di Branduzzo, Marco Mengozzi and Samuele Mengozzi took part in the seventh round of the IAME Italian Championship, finishing the weekend at the ninth and eleventh place. Next meeting on 28-29 September in Lonato for the final round.