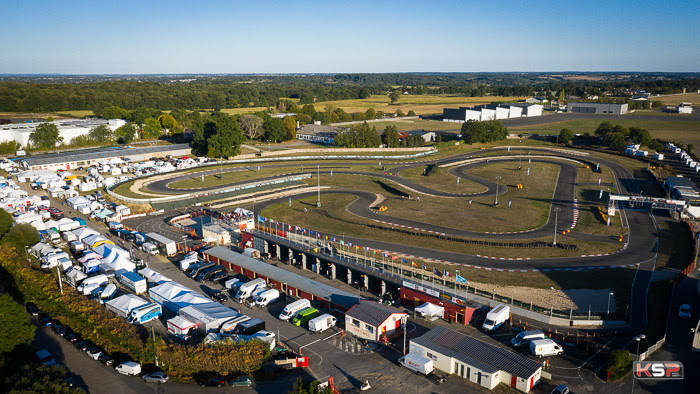 The last event of the National Series Karting 2019 took advantage of a summer weather from September 13 to 15 on the circuit of Laval. Motivated by the victory in the championship the 151 participants of the 6 categories have fought intense battles during great races until the finals before revealing the 2019 champions. 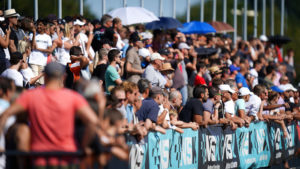 Sports and fun at the rendezvous
Rarely has the outcome of the season been so contested. Except in DD2 where Nicolas Picot largely dominated the NSK, the final scores testify to the bitterness of the struggles and the competitiveness of the participants. The quality of the organization of 3MK Events has largely contributed to the success of the NSK 2019.

First choice
10 invitations to participate in the prestigious Rotax Max Challenge Grand Finals and € 20,000 in sporting prizes rewarded the best and participated in the allure of the competition throughout the season. Among the Team France that will represent our country in Sarno (ITA) from 19 to 26 October, where the best Rotax riders on the planet will compete, ten drivers will come from the NSK. A complete kart (chassis and engine), tires, fuel, oil and tools will be available free of charge to participate in this event out of the ordinary.

Under the beautiful sun of Laval
The winding, hilly and fast Laval Beausoleil route has always been a reference for pilots. The last event of the NSK was no exception to the rule with exciting races to follow while being very pleasant to dispute. The sunny and increasingly warm weather, but not excessively, of course contributed to the success of the competition. 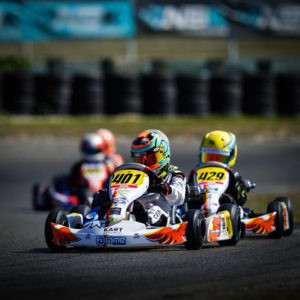 Pacome Weisenburger (KR) was in pole position, Sacha Avril (KR) took the lead in the heats while Paul Grisel (Parolin) came back in third while Arthur Dorison (KR) and Weisenburger fell each in a heat. But Dorison managed to control April until the finish of the final, Weisenburger ensuring the 3rd place against Grisel and Mathis Carnejac (Parolin). Hugo Martiniello (FK) had abandoned after a collision early in the race. Dorison confirmed her victory in the championship, April was in 2nd place ahead of Carnejac. Weisenburger and Grisel were in the top 5.

Raccamier emerges in the final and wins the Cadet championship 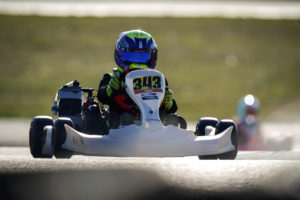 Arthur Poulain (KR) had largely dominated the beginning of the meeting during the times and heats, followed by Augustin Bernier (Birel ART). But the very fast Jolan Raccamier (Birel ART) managed an exceptional final by going back to victory in front of Poulain. Behind, the battle was tough and the last lap allowed Karel Schulz to take the 3rd place against Alessandro Giusti (Parolin) and Bernier, long 3rd. Raccamier took the lead over Schulz in the championship and Poulain came back third.

Beautiful domination of Maguet in National 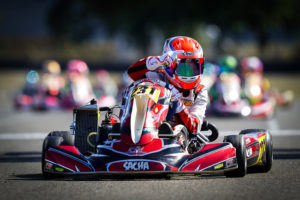 Sacha Maguet (Kosmic) conceded only 4th place in the pre-final on his remarkable run at the top of the category. Artus Lacroix (Exprit) was his main rival, winner in the prefinal and second in the final 0.133 “of the winner. After a discreet beginning of the meeting, Téo Blin (Tony Kart) was able to rise to the podium despite the pressure of Noam Abramczyk (Exprit) and the return of Florian Rousseau-Ricci (Kosmic). Maguet was then Abarmczyk and Rousseeau-Ricci in the championship. 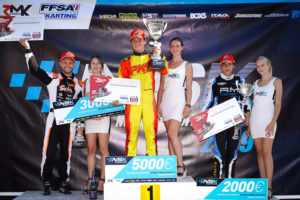 Unleashed, Paul Fourquemin (Sodi) won almost everything in Laval, except for a 2nd place finish in the last heat, which did not tarnish his remarkable performance. César Gazeau (FA Kart) and Guillaume Treillard from Quinemont (Kosmic) battled for a long time while trying to dislodge the leader. Treillard managed to take 2nd place in front of his rival and secure his championship title in front of Fourquemin. Jonas Venier (Tony Kart) has long been part of the category hosts with Charles Seguin (Tony Kart), but Antony Billout (Tony Kart) finished 4th in the final ahead of Charles Tesnière (Kosmic) author of a new lift and of the best lap. 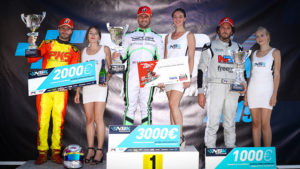 Antoine Antier (Kosmic) took everything from the beginning to the end of the event with great apparent ease before concluding in big winner with the best time and more than 2 ” ahead of Jonathan Wemaux (Sodi). Charly Langlois (Sodi) was third, but it was Florian Bourdon (Exprit), 2nd of the heats and 4th of the final, who won the championship while Antier came back 2nd thanks to his superb performance. Antoine Viano (Kosmic) was too far away to join the final fight.

DD2: Victory and title for Picot 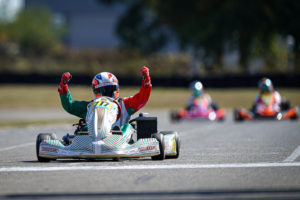 Nicolas Picot (Tony Kart) dominated the race without being really worried by his opponents. Only Paolo Besancenez (Sodi) won first place in the last race, but a penalty delayed Paolo in the standings and he had to whip to finish second in the final 1.5 behind Picot. Regular ahead, Lucas Joly (Sodi) was on the 3rd step of the podium and ensured his 2nd place in the championship. Poleman of the chronos and 2nd after the heats, Antoine Barbaroux (Sodi) concluded in 4th position in front of Andrew Williamson (Tony Kart).

DD2 Master: Champion leads Lavergne in the final and the championship 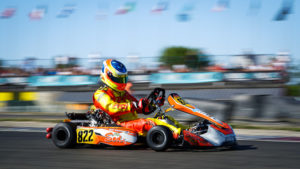 With his pole position in qualifying and his first place at the end of the heats, Franck Lavergne (Sodi) was the strong man at the start of the meeting. While Bruno Dos Santos gave up his 2nd place at the start of the final, Rudy Champion (Sodi) took the lead. Lavergne joined him and passed him, but ended up on a slower pace and Champion prevailed with 1.7 ” ahead while Gil Berthelot (CRG) took the 3rd place.

Sparco launches the new simulators RIG I and RIG II

DADD: a whole team for the title of Esteban Masson