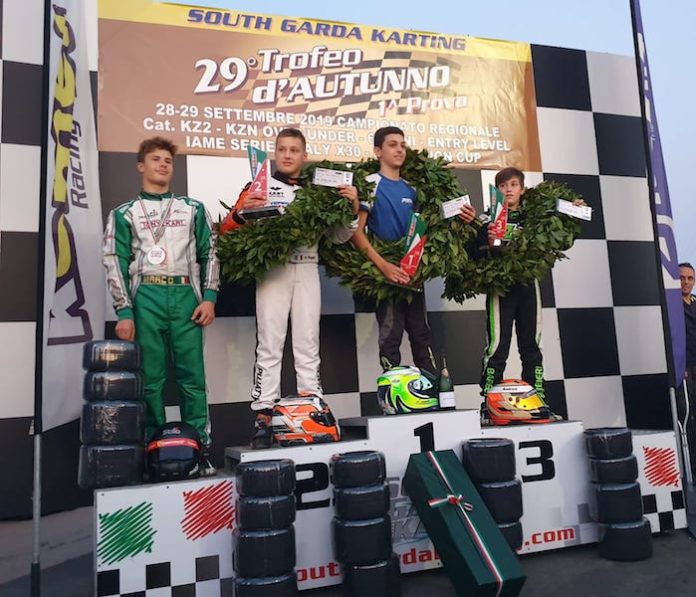 An exciting weekend for the NEWMAN Motorsport team at the South Garda in Lonato, the scene of the eighth and final round of the IAME Italia Series. At his fifteenth career race, Marco Ravera was among the great protagonists of the X30 Junior with the Cesenate Tony Kart material, signing his best strong weekend of fifth place in the Final which allowed him to take fourth place overall in the Championship . A seventh course in constant growth, started with the thirteenth place in the qualifying round and continued with sixth place in the battery 2 and the fifth in the final, with seven positions recovered.

The Lonato track was also the scene of the debut with the team directed by Andrea Pedrini in the X30 Junior of Flavio Olivieri, Mattia Bucci and Alessandro Silvaggi. After recovering fourteen positions in the Battery, Olivieri scored another three overtakes, taking sixth place in the Final, ahead of Mattia Bucci, eleventh in qualifying, tenth in the Battery and seventeenth in the Final. After the sixteenth place in qualifying, Silvaggi fails to enter the Final, due to a mistake in the pre-final while Samuele Mengozzi ends the weekend outside the points, in twenty-second position. In the X30 Senior Gianluca Guiotto recovers two positions in the final closing the appointment in sixteenth place. 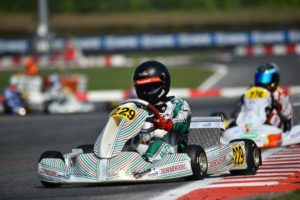 The Lonato track was also the scene of the first round of the Autumn Trophy, dedicated to national categories. Together with the “Mini” Giacomo Pedrini and Filippo Sala, Riccardo Paniccià also wore the white-green NEWMAN colors. All three kart drivers have gained access to the Final. (P17 for Sala, P22 Pedrini and P26 Paniccià).

From 9 to 12 October, the team will be back on track in Lonato for the international Superfinal ROK.

Maranello Kart on the podium of the Spring Trophy in Lonato...