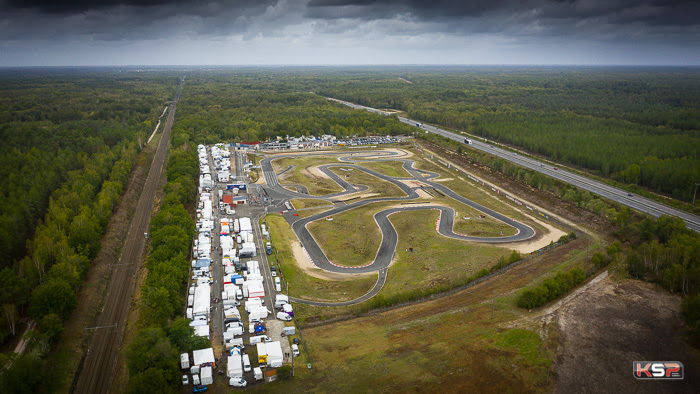 Nearly 1500 meters long, the Salbris route is one of the big names in the history of karting. Last year he received the first round of the FIA ​​Karting KZ and KZ2 European Championship and the FIA ​​Karting Academy Trophy. The rain made it difficult for the drivers and the teams on Saturday and Sunday morning before the welcome return of the sun for the last finals and the podiums in the afternoon.

The Julie Tonelli Foundation for Childhood has been supporting the FFSA for many years by supporting competition karting in France. She participates in the decoration of the track and provides the cups to the first three in each category and also makes a point of honor to highlight the pilots sporting the famous pink butterfly, in margin of its main action in favor of associations supporting children in trouble around the world. 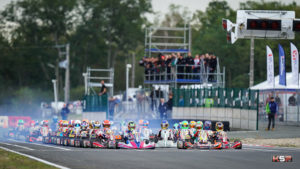 National: Masson wins ahead of Maguet
Sacha Maguet had a good meeting, starting with the pole position among the 90 entries. Winner of the Coupe de France, Dylan Léger took the lead in the heats, but Esteban Masson was gradually gaining second place in the final 1 and won in the final 2. He was the strongest in all three races and won the title of French National Champion with two points ahead of Maguet, Léger joining them on the podium. Noam Abramczyk has managed a nice recovery since his 20th time. Twice eighth in the first finals, he finished in 4th position of the last race and the Championship. Lukas Papin returned to the top 10 in final 1 and was 6th in final 2 before losing ground in the final, partly because of a penalty. He was 11th.

Jules Roussel encountered difficulties at the beginning of the meeting and was unable to qualify. However, he was on the podium of the Coupe de la Ligue. Mathilde Habrant fought in the peloton to regain 16 places during the heats and finish as the best female in the event. 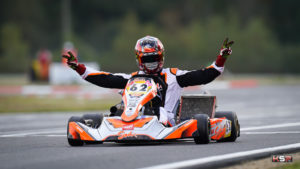 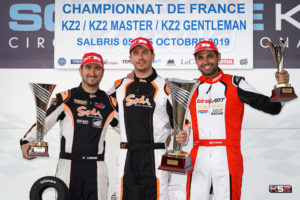 KZ2 Master: Three final wins for Fiault
Yoann Sanchez was the fastest time in the French KZ2 Master Championship, but Charles Fiault made the difference by winning the three finals with great ease to cap the 30-year-old crown ahead of Sanchez. Not very well, Paul David was two top 3 in the last finals and was on the 3rd step of the Championship. After his second time, Julien Jehanne was formidable in the 3rd place of the first two finals. Unfortunately he had to give up in the final 3 and dropped to seventh place in the Championship. Author of a solid run in the top 5 of the heats, Vincent Fallet gave up at 4 laps of the finish of the final 2. 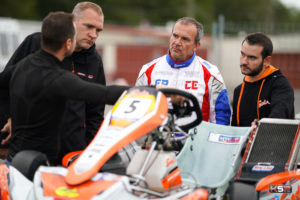 Berteaux wins in KZ2 Gentleman
On his lands, however, Marc Berteaux did not have the easy task to conquer a new KZ2 Gentleman Championship title. 5th after the heats, he won the finals 1 and 2 and was 4th in the last. 3rd at the end of the heats, Bruno Bénabent suffered in the final 1 before taking the 2nd place in the final 1 and winning the last race for a 2nd place in the standings ahead Erick Preuvost, 2nd in the final 1. Thierry Barrey was classified 9th in the Championship after having experienced various fortunes in the heats. Alex Weiss ensured a regular course whatever the conditions to reach the 11th rank of the competition before Diogo Teixeira, 9th in the chrono as in the last final.

Birel ART deprived of the podium at Le Mans