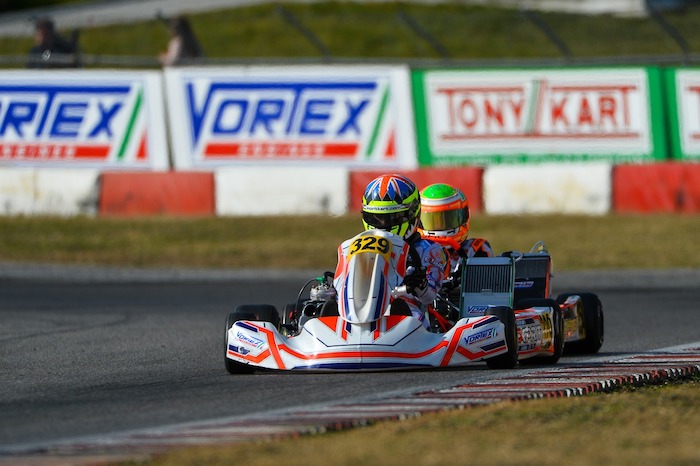 The 25th Winter Cup just ended at the South Garda Karting proves that we are going the right way in these first races of the season, but we also come home with a bad taste in our mouth for the bad luck that prevented us from collecting the results we deserved. The Exprit Racing Team is centring good performances. Our drivers, session after session, become more and more familiar with the Exprit Noesis R powered by Vortex engines, closing a good weekend.

In OKJ, our Oscar Wurz is the author of a good performance ended on Sunday with a 16-position comeback in the Super Heat. The starts from the backlines make the weekend of the young Austrian pretty difficult also due to an unlucky withdrawal and a penalty, that anyway do not prevent him from doing well in the Qualifying Heats. 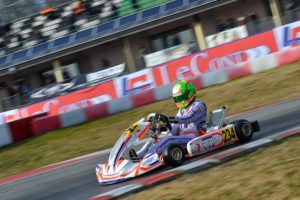 Unlucky Qualifying practices also for his brother Charlie Wurz engaged in OK, got on track with wet asphalt. In the two days of Qualifying Heats, Charlie anyway manages to recover 5, then 10 and finally 12 opponents. The Super Heat is not so lucky and a withdrawal in one heat complicates things, but the feeling reached with our material allows us to look towards the next races with confidence. Also Kajus Siksnelis does not get the result he hoped for in the Super Heat and, even if he carries out a slightly better qualifying, his weekend ends earlier.

Also the drivers from the Forza Racing team are getting on track at the wheel of the Exprit chassis. Maxwell Dodds, in OKJ, conquers a victory in the Qualifying Heats and closes both the Super Heat and the Final with a wonderful comeback. The Exprit chassis lined up in the OK Final are three: the best one is Rafael Camara, who gains the second position in the Super Heat, after reaching the top ten in the heats, followed by Dilano Van’T Hoff e Gilles Stadsbader.

The Exprit Racing Team is now staying at the South Garda Karting in Lonato where the second round of the WSK Super Master Series is taking place this weekend for the OK and OKJ classes.

Over 300 drivers in Lonato for the 25th Winter Cup

Winter Cup heading towards record numbers for edition 25 of February...