Home Features A spectacular weekend at the opener of the Italian ACI Karting Championship... 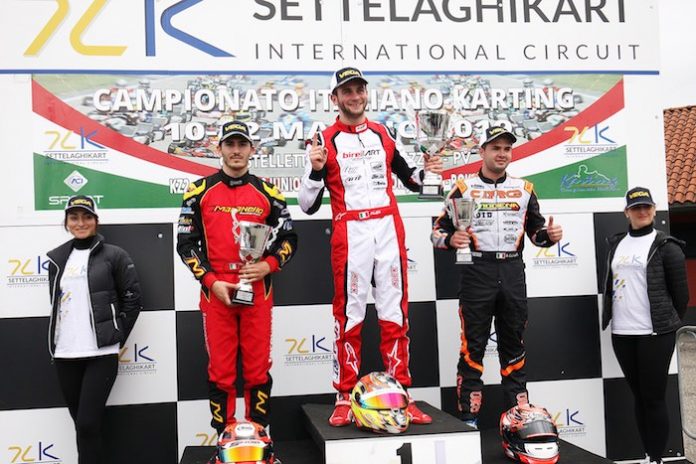 The first round of the Italian ACI Karting Championship in Castelletto di Branduzzo (Pavia) has kept all the promises awaited in the opener of the 2019 campaign. An excellent event was held at the Circuit 7 Laghi Kart with 208 drivers present out of the 220 entered in the categories KZ2, 60 Mini, and Iame Trophies X30 and Rok Junior and Senior.

The first of the two finals had a series of duels in KZ2 and Simone Cunati (CRG-Tm) had the upper hand despite being followed all the way to the flag by William Lanzeni (Vemmekart-Tm), while the third place went to another great protagonist of the event, Francesco Iacovacci on Maranello-Tm, who inherited Alex Irlando’s position (BirelArt-Tm) as the latter was handed a 5s time penalty after a great comeback for jumping the start.

In race-2 the spectators enjoyed a great spectacle with a lot of overtaking moves by Alex Irlando, who started from P9 but managed to clinch the win fair and square. Irlando posted also the pole position in qualifying and has been unquestionably the quickest driver of the weekend, together with Iacovacci who managed to get again on the podium in Race-2 taking P2 and Cunati that pulled a great third. The other protagonist of the weekend Lanzeni was far from the podium ending 12th due also to a penalty. The multiple world champion Davide Forè (TK-Tm) came fifth in Race-1 and fourth in Race-2 after leading the race early on. Among the main protagonists, Giuseppe Palomba (Croc-Tm) could not secure a strong result and ended Race-1 in 11th place after a good comeback following a double retirement in qualifying heats. He completed another good comeback in Race-2 and closed his effort in P6. 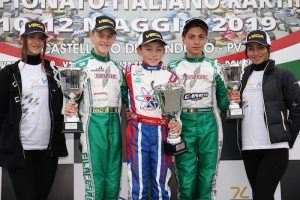 In 60 Mini a surprising victory went to the British driver William Macintyre (Parolin-Tm) in Race-1 as he managed to get the most of a racing contact on the last lap between Ean Eyckmans (Parolin-Tm) and another driver. Macintyre managed to clinch the victory leading Manuel Scognamiglio (Tony Kart-Tm) and Nikola Tsolov (Parolin-Tm). The Jamaican Alex Powell (Energy-Tm) got the lead of Race-2 early on and dominated the scene completing a good growth in this weekend. He led Andrea Filaferro (Tony Kart-Tm) who had been shining in qualifying and heats, while Scognamiglio got another podium in P3. 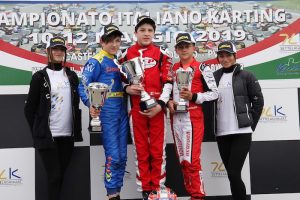 The next round will take place at the Circuit of Siena on June 9th with KZ2, 60 Mini, KZN Under and Over, X30 Junior and Senior on track.

Complete results are available at www.acisportitalia.it.

Classifications of the Italian ACI Karting Championship before the fourth round...

On the Adria Circuit on June 29 the assignment of the...