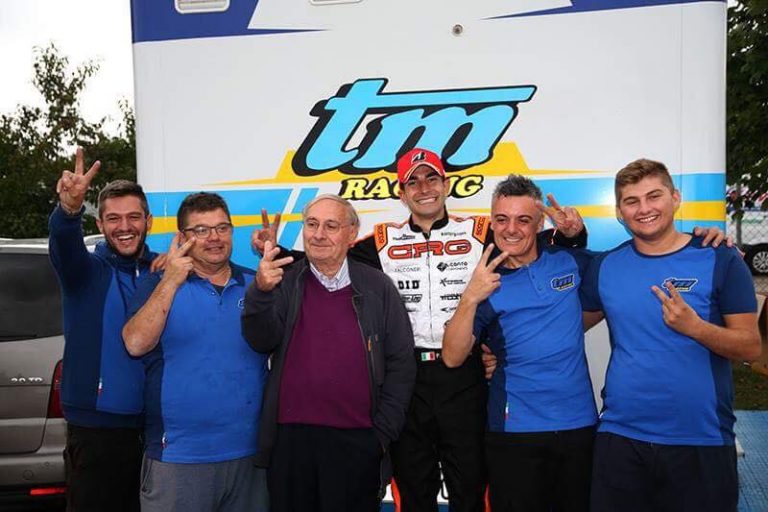 Three major Italian kart engine manufacturers have dominated the market for several years. Among them, TM Racing distinguished itself in 2017 with a very significant proportion of the engines in the KZ and KZ2 categories. The famous Pesaro brand was rewarded with the title of CIK-FIA World Champion and European Champion in KZ and the victory in CIK-FIA International Super Cup for KZ2. Double success in OK-Junior also enriched an already very strong track record with the CIK-FIA World Junior Championship and the European Junior Championship.

A meeting with one of the two founders of the company, Claudio Flenghi, helps to better understand the reasons for these many successes.

– I created TM in 1977 with Francesco Battistelli. Our activity was already shared between kart engines and off-road motorbikes around our shared passion for racing. At that time, two-stroke motorcycle engines were quite similar to those used in karting. We gradually started our own motorcycle production and gained very good results. TM Racing is not a big motorcycle manufacturer in terms of quantity, but our reputation is excellent in Competition. Competition from Japanese brands has accustomed us to fighting against very powerful opponents. At the same time, our kart engines allowed us to compete in a very competitive environment and to push our research even further.

HOW DO YOU EXPLAIN THE OVERALL SUCCESS OF TM RACING ENGINES IN KZ AND KZ2?

– There are several explanations for that. I think the first is that we have designed a very strong product. From there, it is less difficult to create a good race engine. Many tuners like to work on our engines. This creates a strong rivalry that also benefits the factory itself. Our race service is very active. The name of Franco Drudi, who has been working for us for 28 years, is often rightly quoted. But I would also like to celebrate the work by the entire team that allows us to provide a particularly efficient service to our customers. Our ongoing investment during the Competitions is one of the reasons for our success. This year the possibility of merging KZ and KZ2 was mentioned, but it is not a good idea. We need to work with the big professional teams in KZ to test and develop our equipment. We also need the wider market that KZ2 can offer. If the two categories merge, everyone will lose on both counts. The amateurs will not want to compete with the professionals and the eventual situation will be even worse.

WHAT ABOUT THE NEW DIRECT-DRIVE CATEGORIES?

– The karting market is not easy in these times of economic crisis. It’s hard to be competitive in all categories at once. Through the British tuner GFR, we were able to win the two titles in OK-Junior, the World Championship and the European Championship. This fits well with our ambition to play leading roles in all categories. In addition, TM Racing has never wanted to embark on the niche of single-make racing. For us, the real Competition is when several brands face each other directly on the track.

Davide Forè and Intrepid Driver Program at work for the World...

Breaking: TM-Racing and Paolo De Conto put an end to their...

TM Racing: “signed” caps for its drivers at the FIA Karting...