[translted with Google Translate] The second round of the WSK Super Master Series takes place on the Circuito Internazionale Napoli. Here is the verdict after qualifying.

Qualifying took place for the 4 categories (Mini, OKJ, OK and KZ2 for a total of 244 verified) of the WSK Super Master Series, in Sarno for the recovery of the 2nd round of Lonato cancelled due to bad weather.

The weather conditions on this occasion were definitely favorable, with sun and spring temperatures, even if rain is expected for Saturday and Sunday.

Marco Ardigò (Tony Kart Racing Team – Tony Kart – Vortex), in case anyone still has any doubts, takes the pole position and proves to be back in full force, after the long injury that kept him away from the track and put in doubt the continuation of his career. 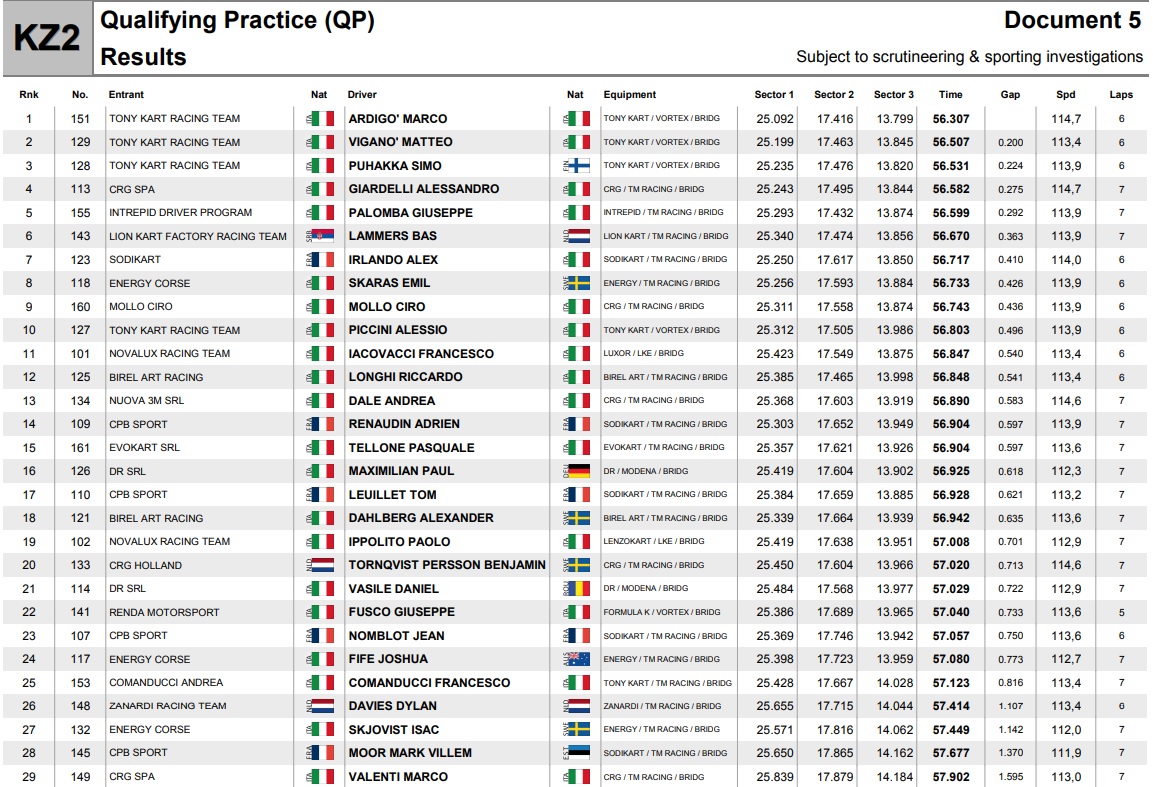 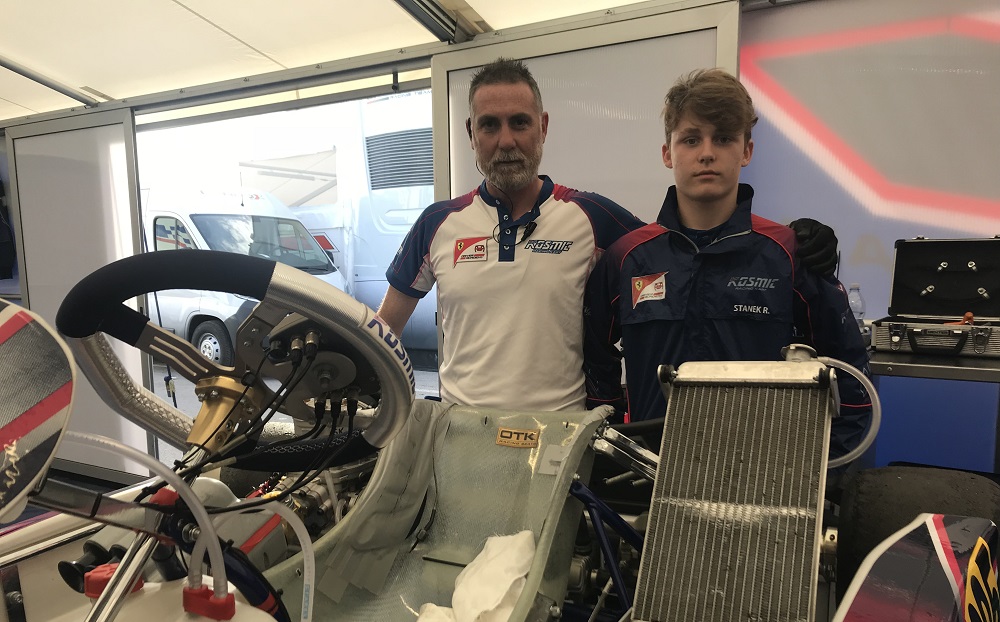 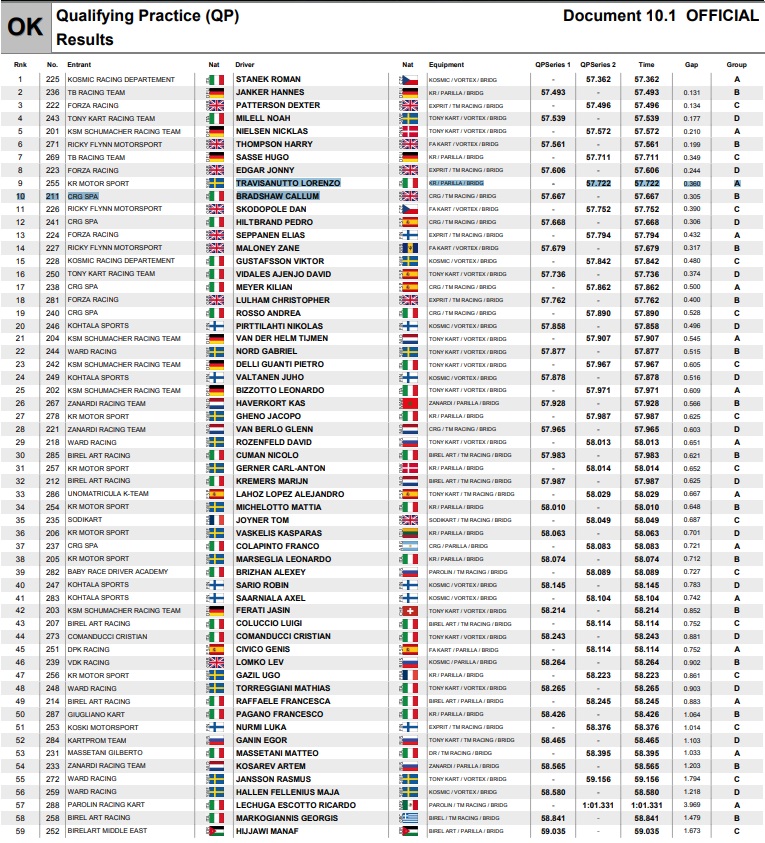 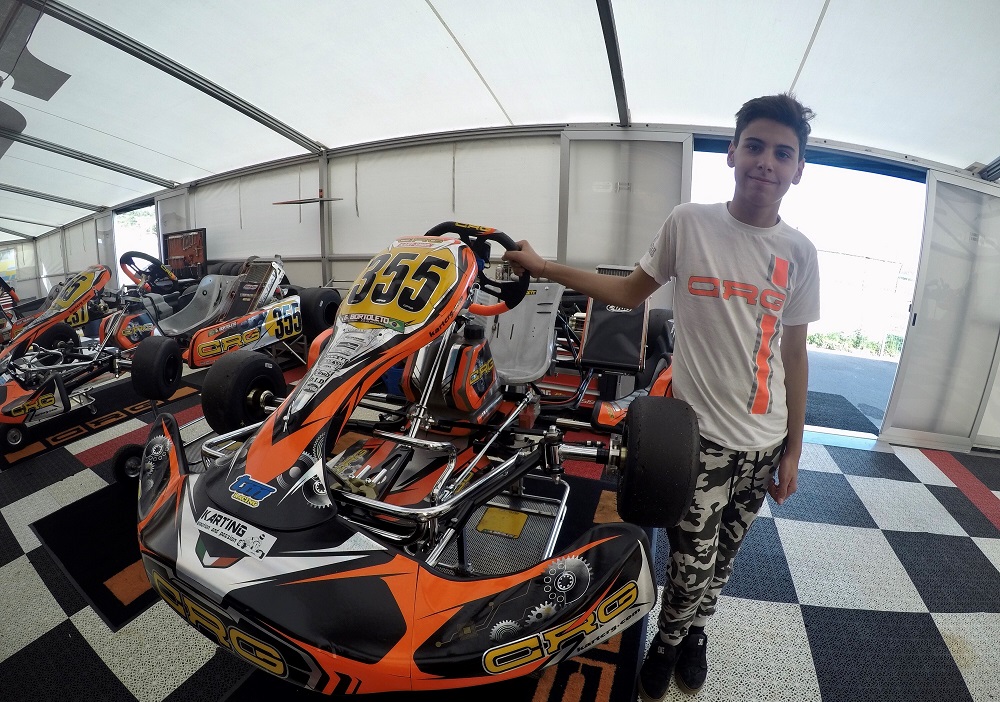 Gabriel Bortoleto (CRG – CRG – TM Racing), second in the overall standings, scored pole position ahead of Gabriele Minì (Parolin Racing Kart – Parolin – Parilla) who is second along with Bortoleto in the championship.

The leader of the championship standings, Kirill Smal (Ward Racing – Tony Kart – Vortex), keeps everything under control from the 11th position. 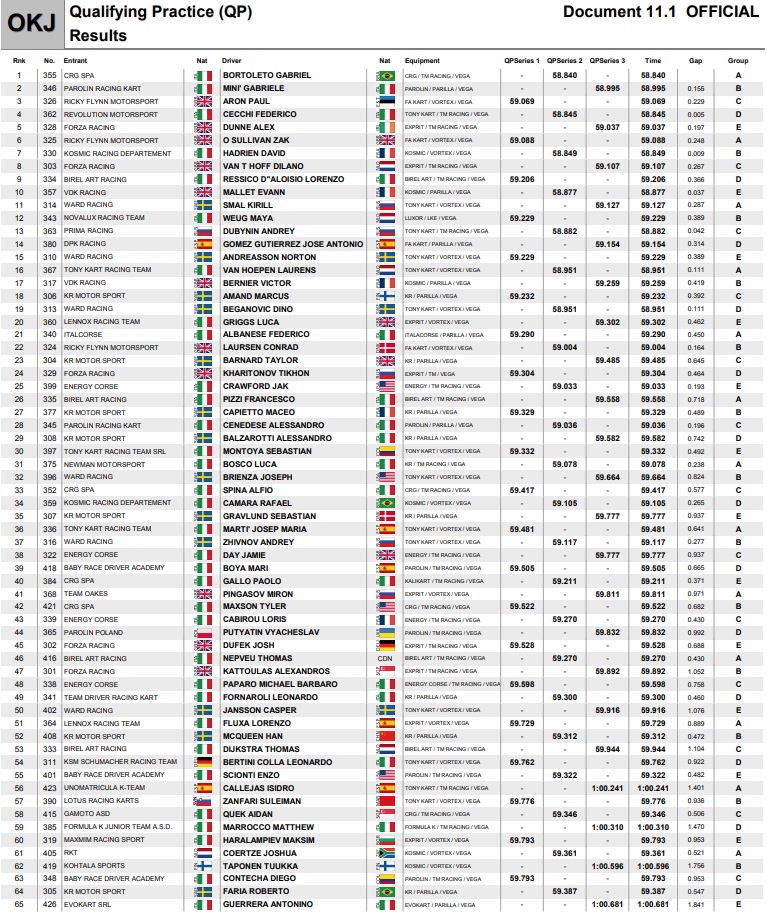 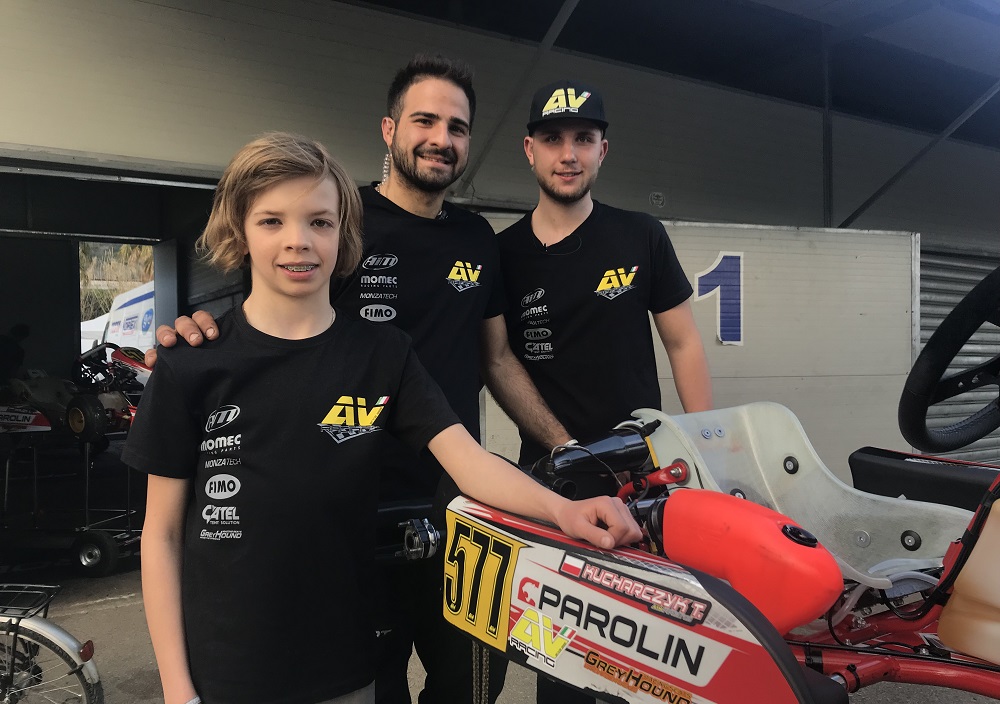 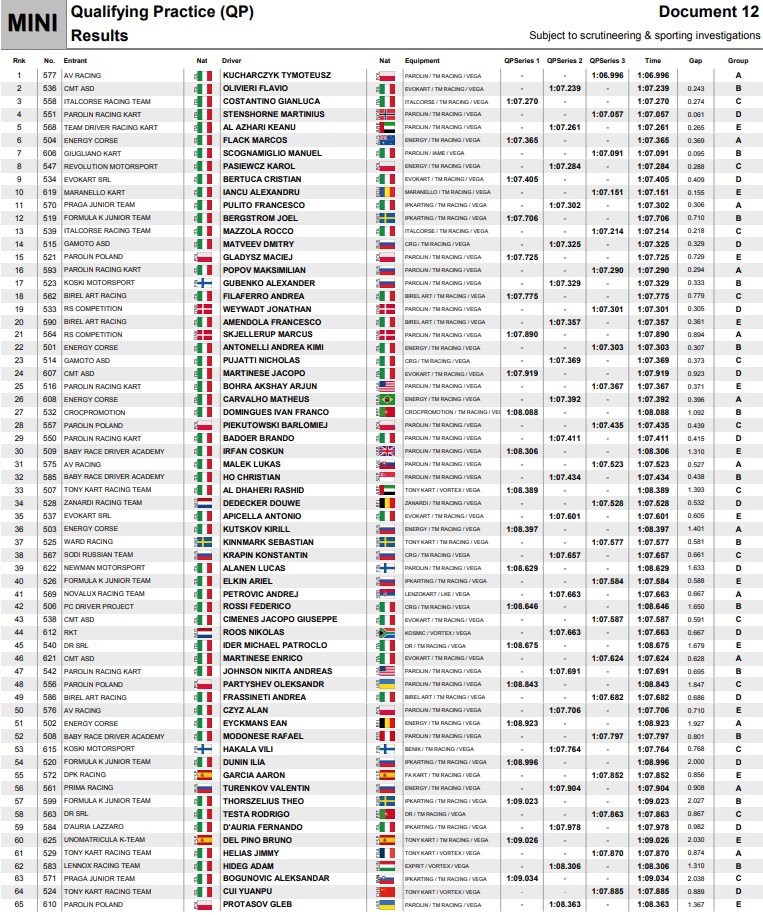 Superb OK win in the rubber at Muro Leccese

Birel ART – Kremers in the international top four in KZ2

Bad luck for the Kosmic Racing department in Sarno