The pre-finals of both rounds of the WSK Open Cup also end at the Adria Karting Raceway. The starting grids of the finals scheduled for tomorrow are thus set, at the end of which we will know the names of the new champions of the 2020 Open Cup.

KZ2: Netherlands on top with Van Walstijn and Stan Pex 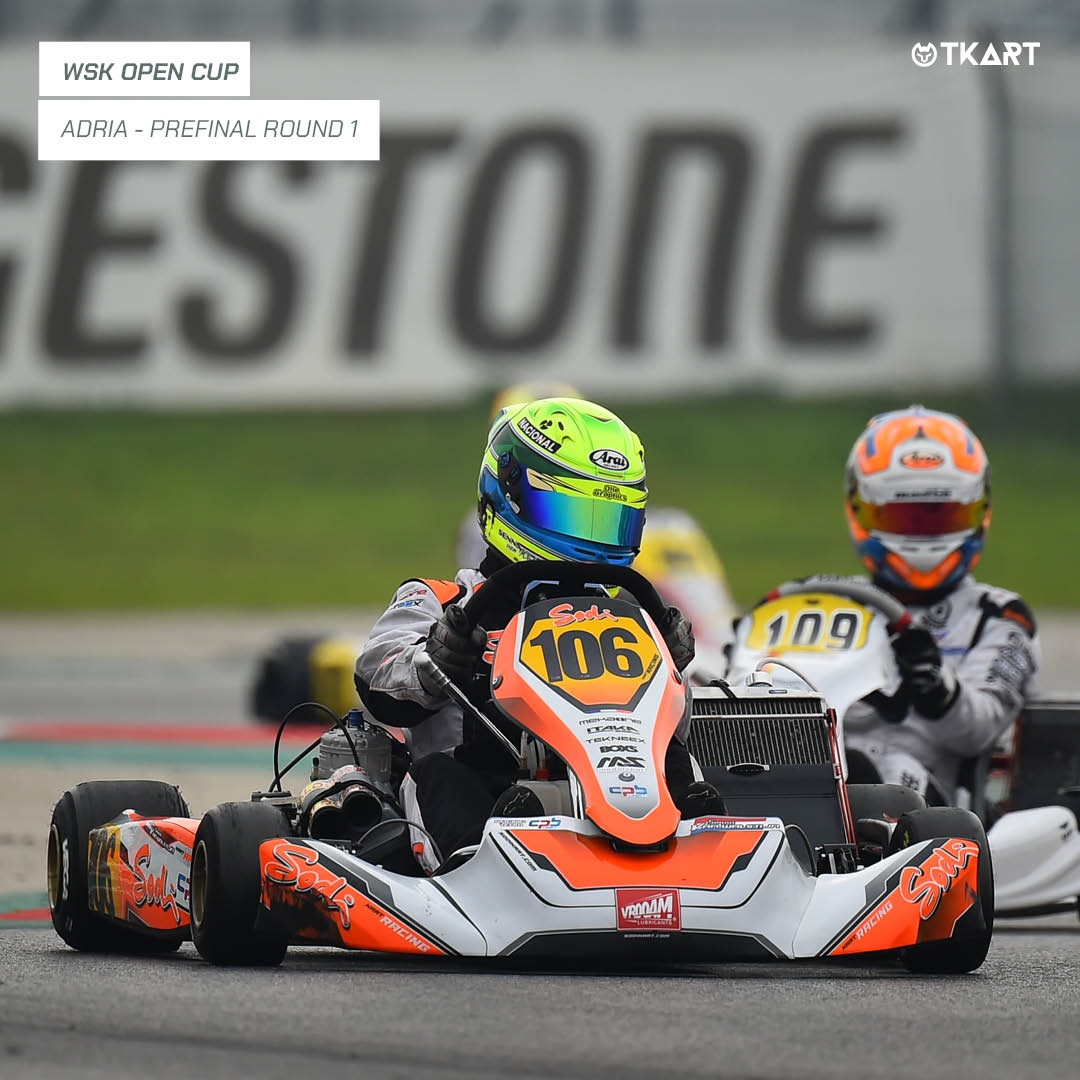 t will be Senna Van Walstijn (CPB Sport – Sodikart – TM Racing) who will start from the first spot on the grid in the Final of the first round. In the Prefinal, the Dutchman got the start right and put himself in front of poleman Stan Pex (KR Motorsport – KR –TM Racing), who did not have an easy time and finished only eighth with a gap of over 8 seconds. Tomorrow, Danilo Albanese (KR Motorsport – KR – IAME) will be in the front row with Van Walstijn. 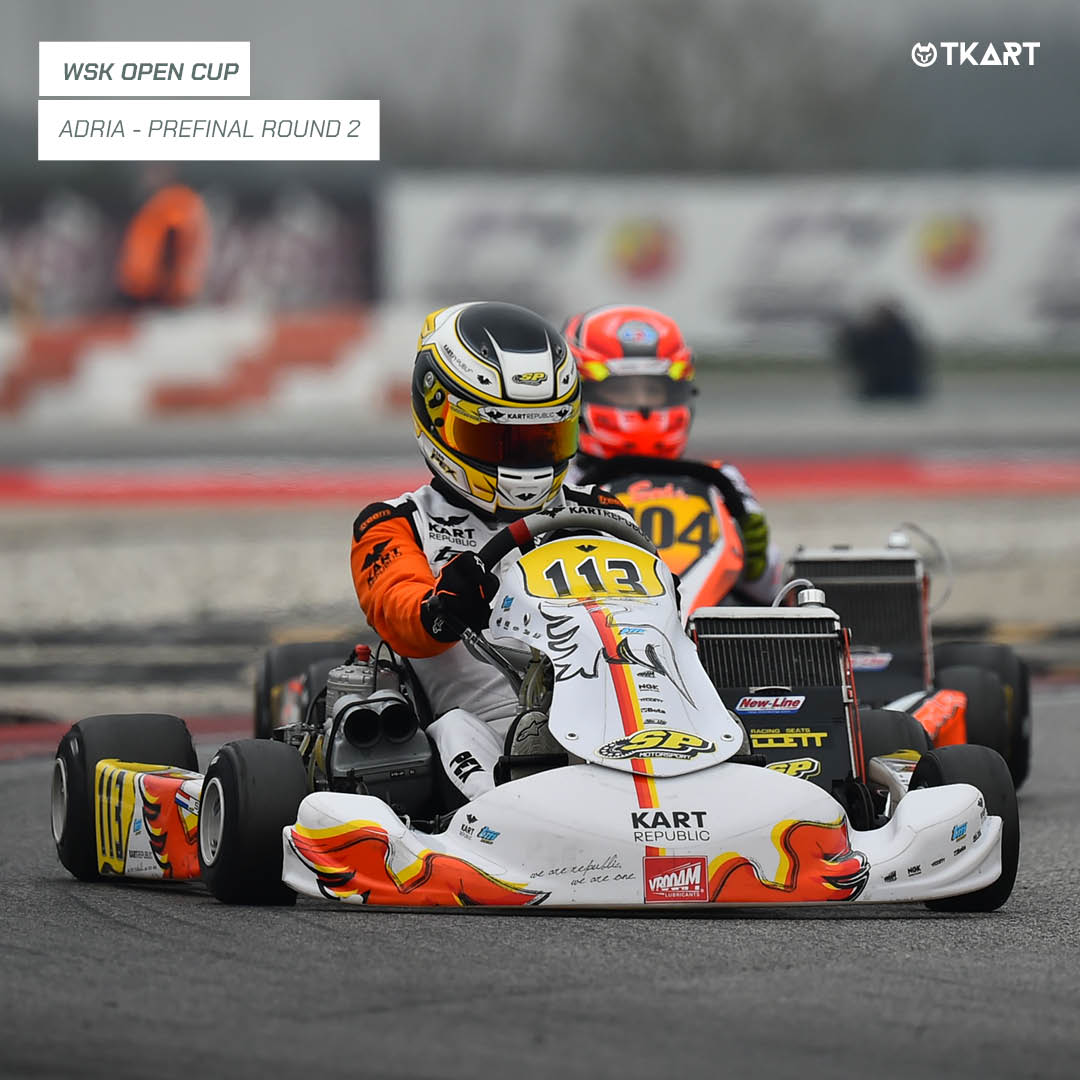 However, Stan Pex makes up for the first race with the victory of the second Prefinal, the one valid for the second round, where he wins the duel with the European Champion of the category Viktor Gustavsson (Leclerc By Lennox Racing – Birel ART – TM Racing), who in the decisive race of the first round will start from the second row. Danilo Albanese, who posted the best lap, will line up in fourth while Van Walstijn will be sixth on the grid after recovering three positions. 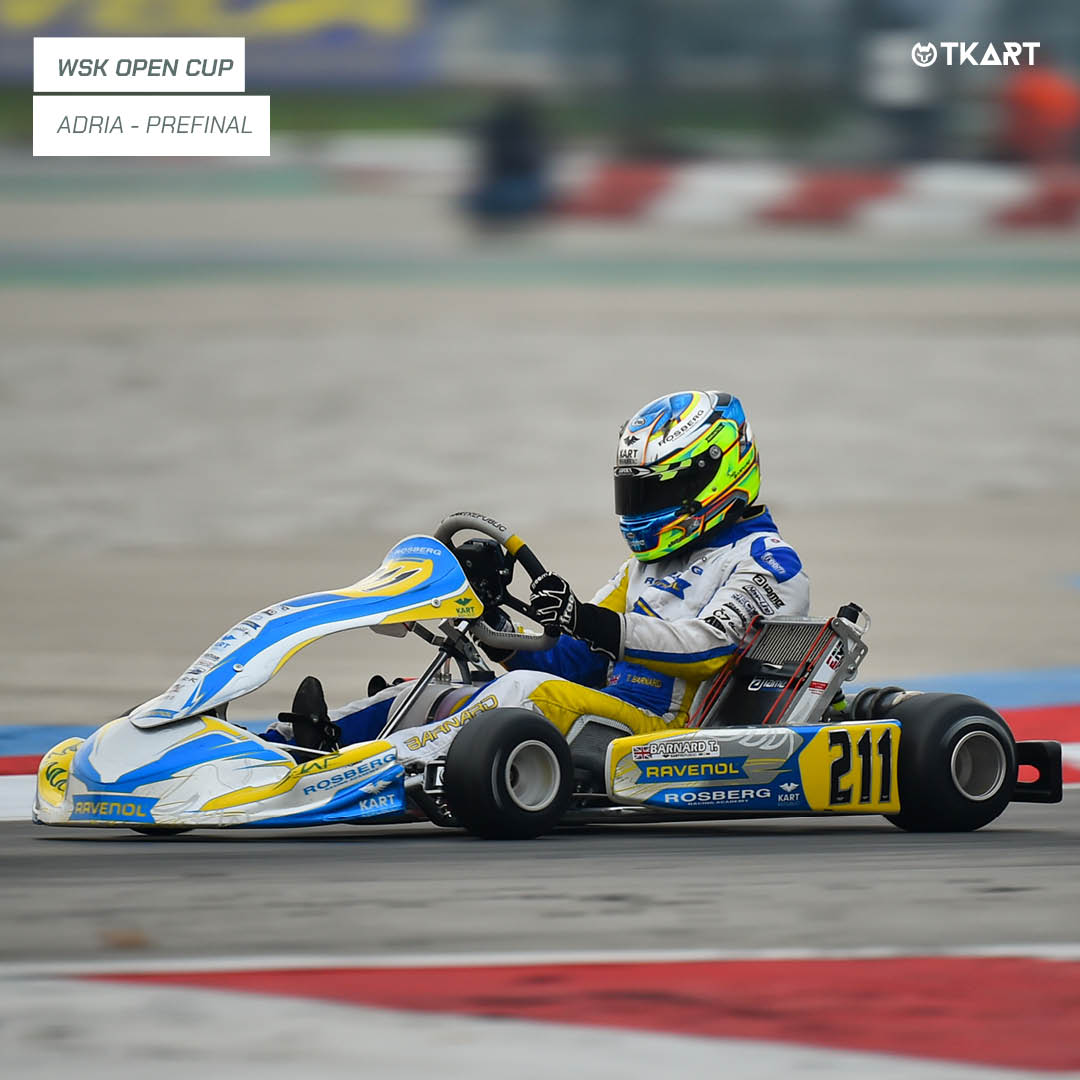 Taylor Barnard’s (Rosberg Racing Academy – KR – IAME) supremacy continues, and, thanks to the two victories obtained today, tomorrow he will start from Pole Position in both finals. Alongside him, in the Final of the first round, there will be Andrey Zhivnov (Team Komarov – Tony Kart – TM Racing), who will start only twelfth in the second final.

Tuukka Taponen (Tony Kart Racing Team – Tony Kart – Vortex) will be in the front row in the decisive race of the second round, after making up 10 positions in the Prefinal of the first round. In the same race, Cristian Bertuca (Birel ART Racing – Birel ART – TM Racing) was penalized by ten seconds for an incorrect maneuver, thus falling back to nineteenth position after taking the flag in fifth.

OKJ: Karol Pasiewicz ahead of everyone in the 1st round, Freddie Slater on pole in the 2nd 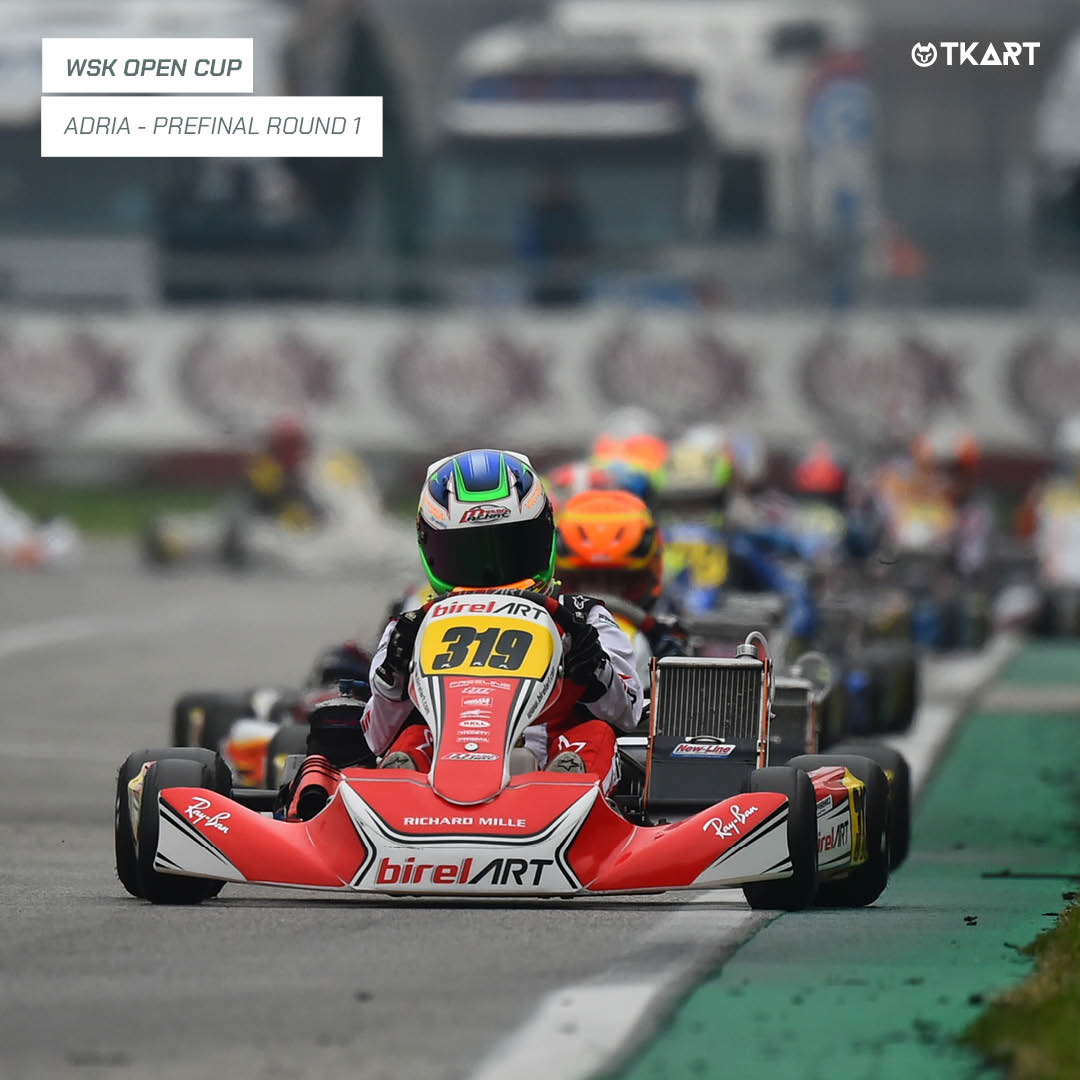 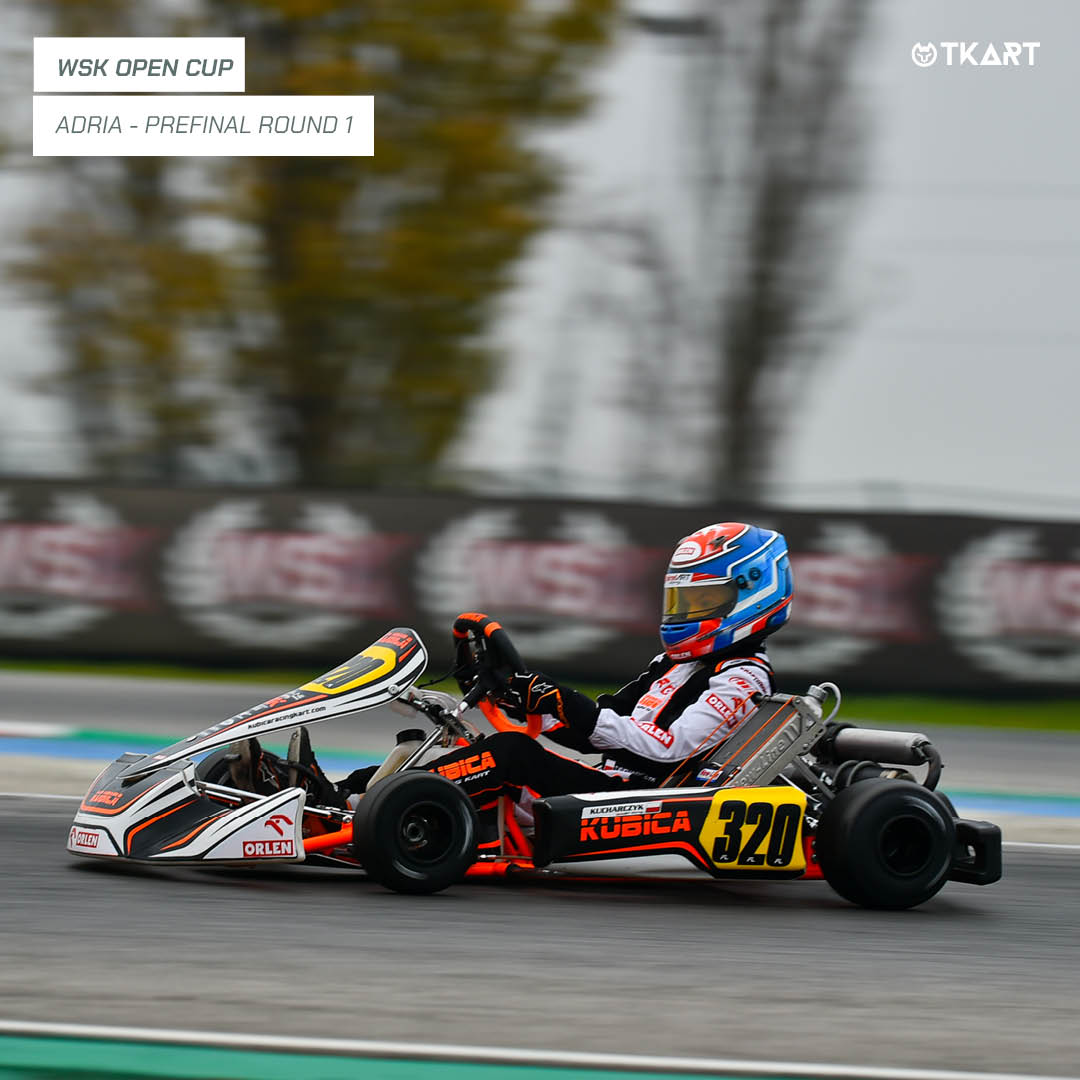 It will be a Birel ART Racing front row lockout in the final of the first round thanks to the victories of Karol Pasiewicz and Tymoteusz Kucharczyk. . But tomorrow’s will also be a race that will see some protagonists starting from the rear end of the field. Harley Keeble (Tony Kart Racing Team – Tony Kart – Vortex), leading the Prefinal A for three laps,lost 10 positions after a penalty for a bad maneuver, while Dion Gowda (Ricky Flynn Motorsport – Kosmic – Vortex) and Maxwell Dodds (Energy Corse – Energy Corse – TM Racing), respectively third and fifth at the finish, were penalized for the front nose out of position. Ugo Ugochukwu (Sauber karting Team – KR – IAME) manages to snatch the last useful place in Prefinal B despite not reaching the finish line due to a contact. Alex Powell (KR Motorsport – KR – IAME) on the other hand, having retired from Prefinal A, will not start the final.

Prefinal A Round 1 Prefinal B Round 1 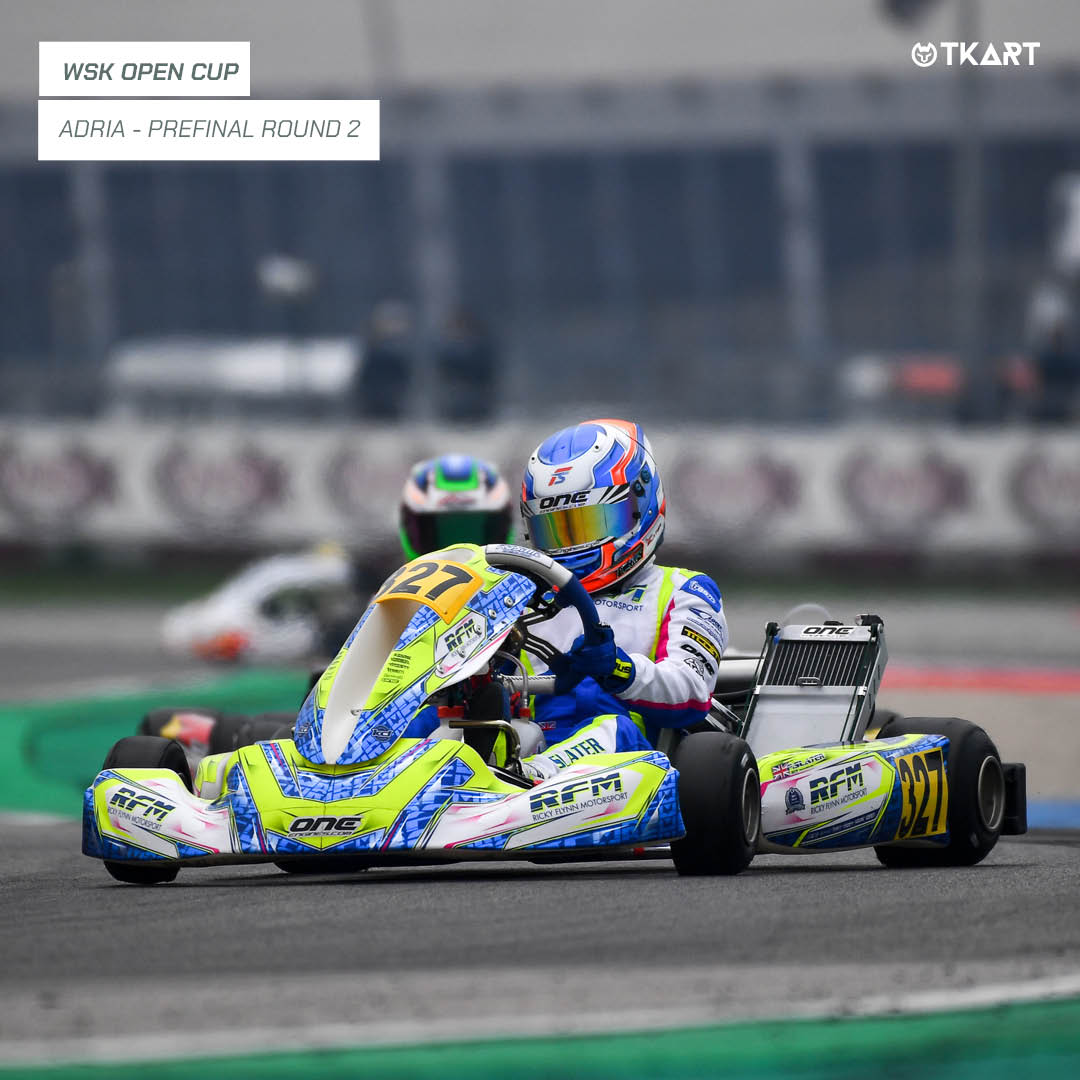 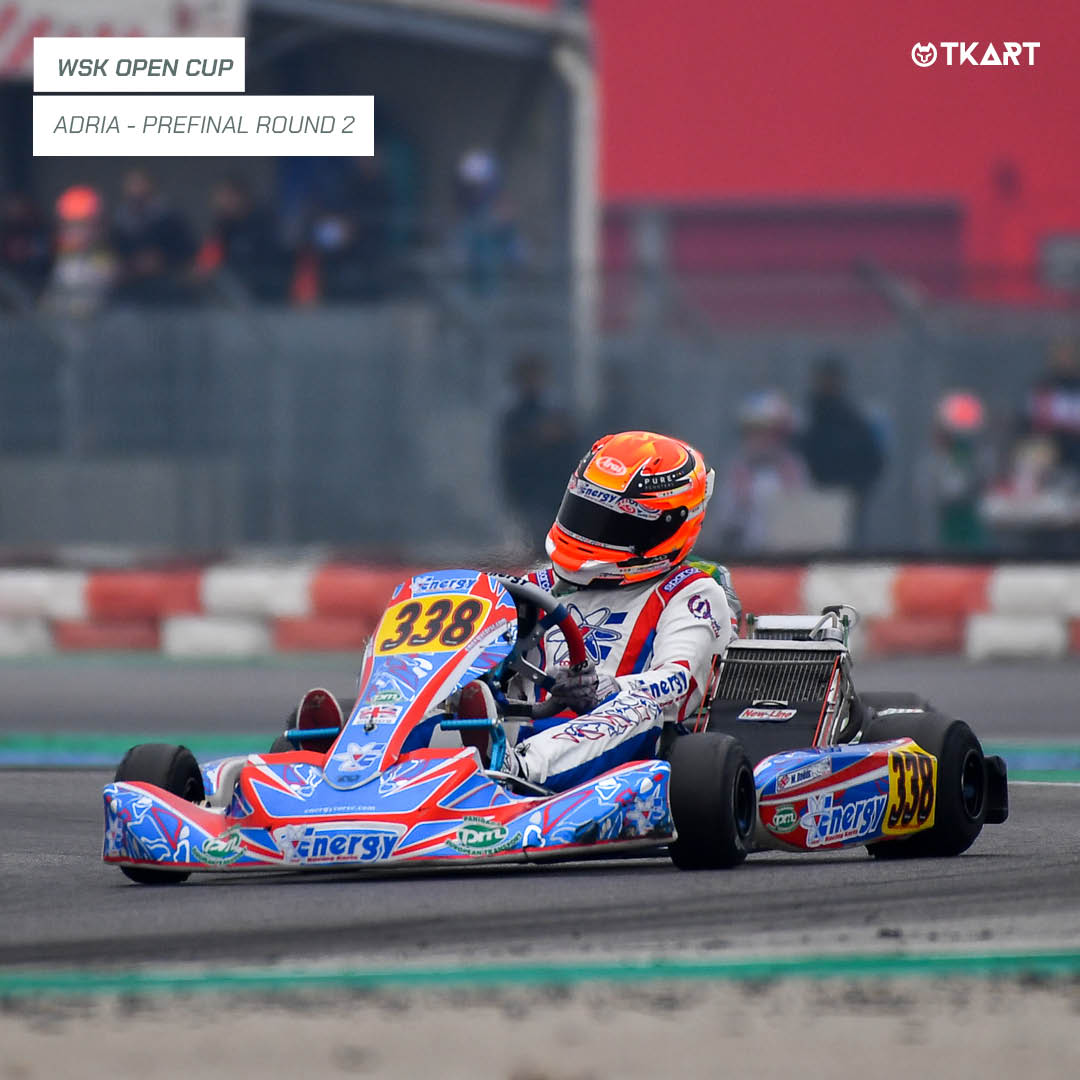 In the final of the second round, Freddie Slater (Ricky Flynn Motorsport – Kosmic – Vortex) and Maxwell Dodds (Energy Corse – Energy Corse – TM Racing) will take the first place. Slater, who started from the ninth spot in Prefinal A, took advantage of a bad overtaking attempt by Tymoteusz Kucharczyk on Arvid Lindblad (KR Motorsport – KR – IAME), who was leading the race at that moment. Ugo Ugochukwu will not be in the match, unfortunately the victim of another accident also in his second Prefinal.

Prefinal A Round 2 Prefinal B Round 2 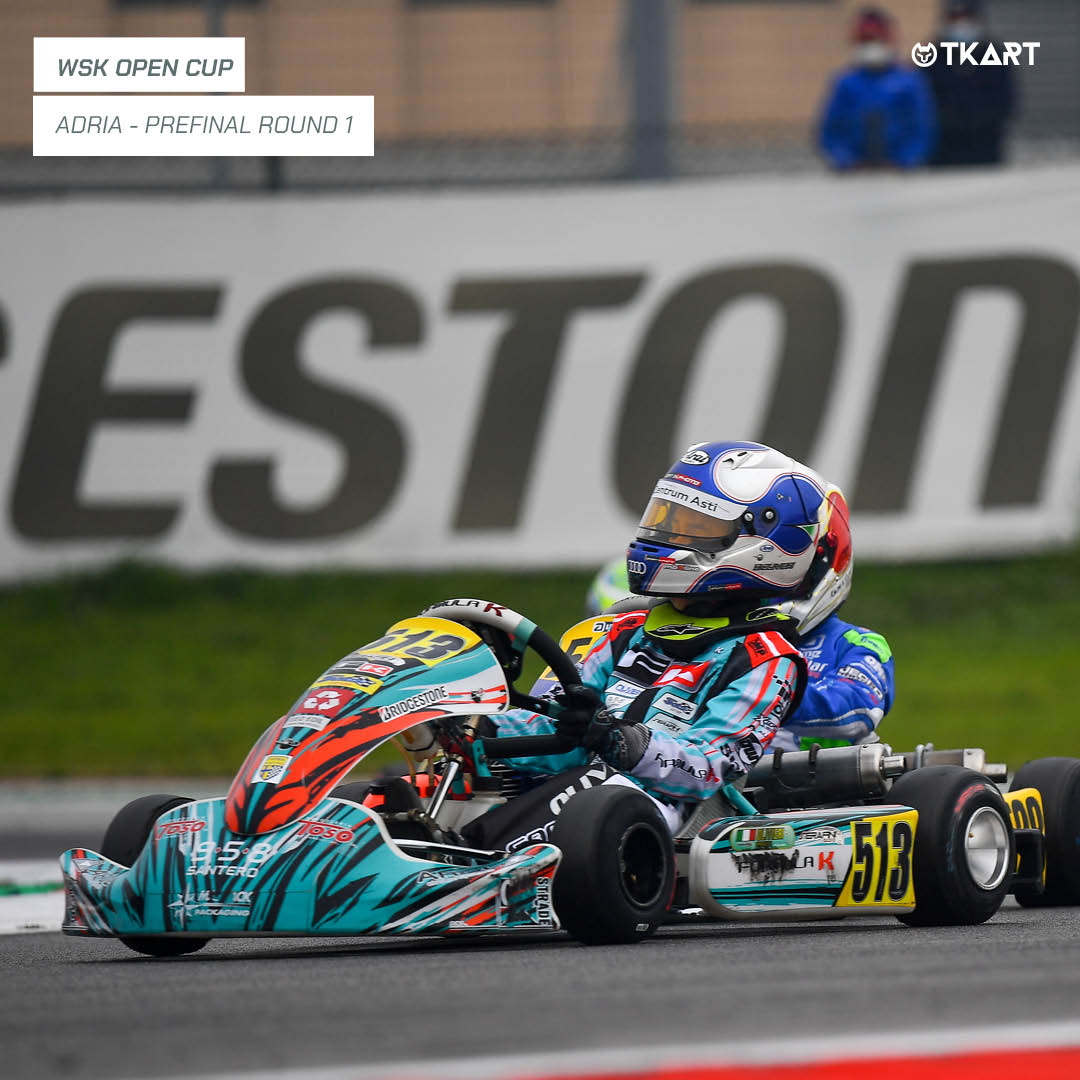 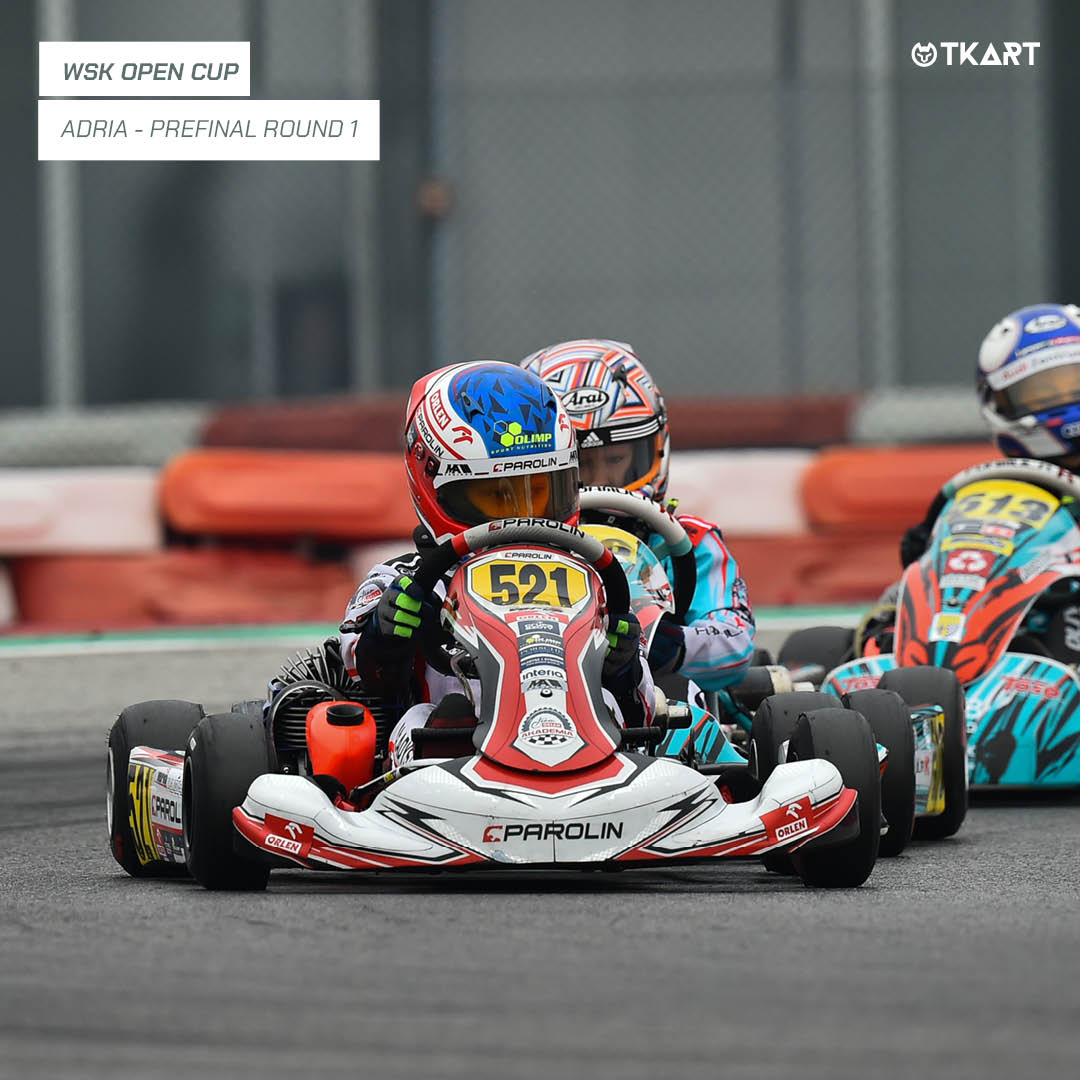 Prefinal A Round 1 Prefinal B Round 1 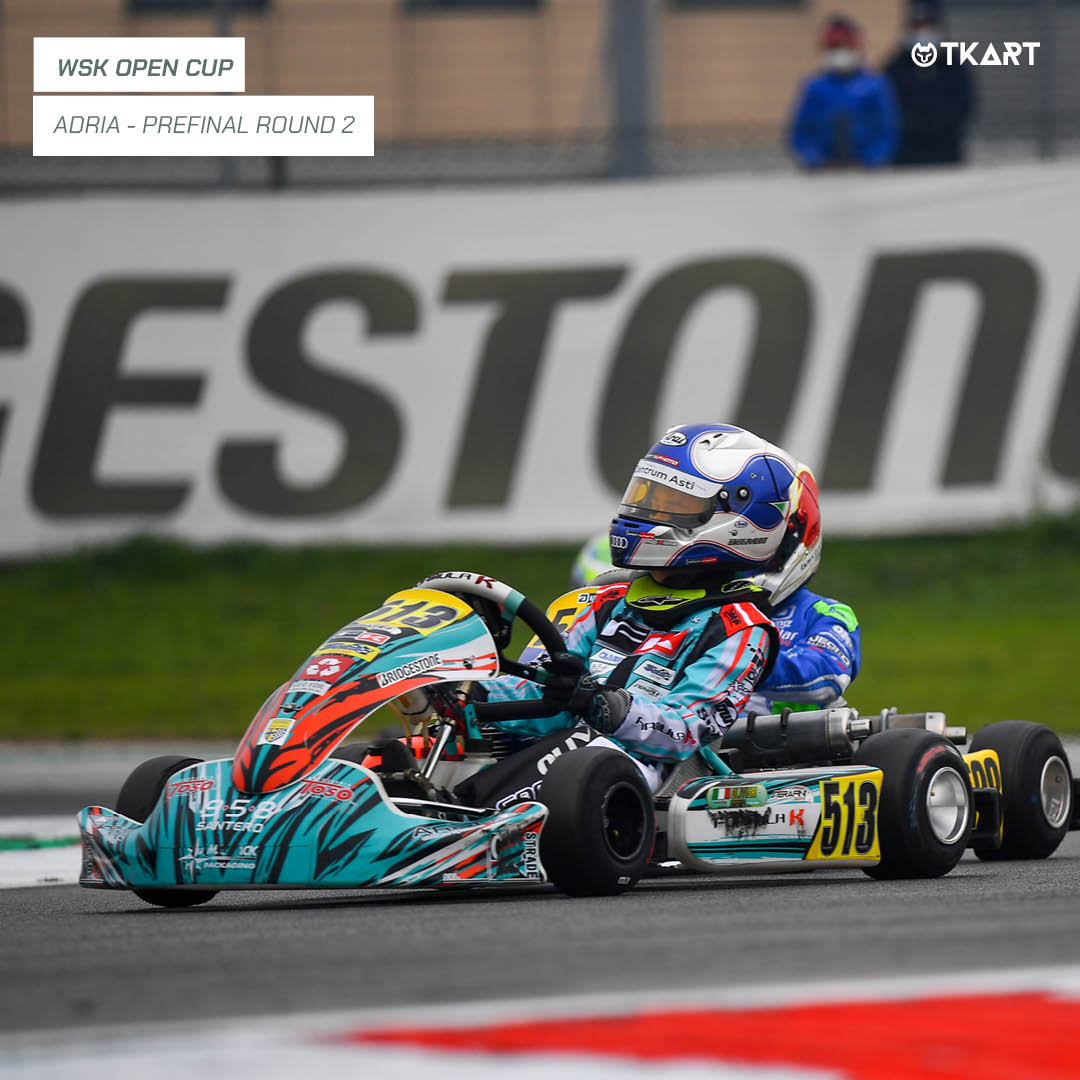 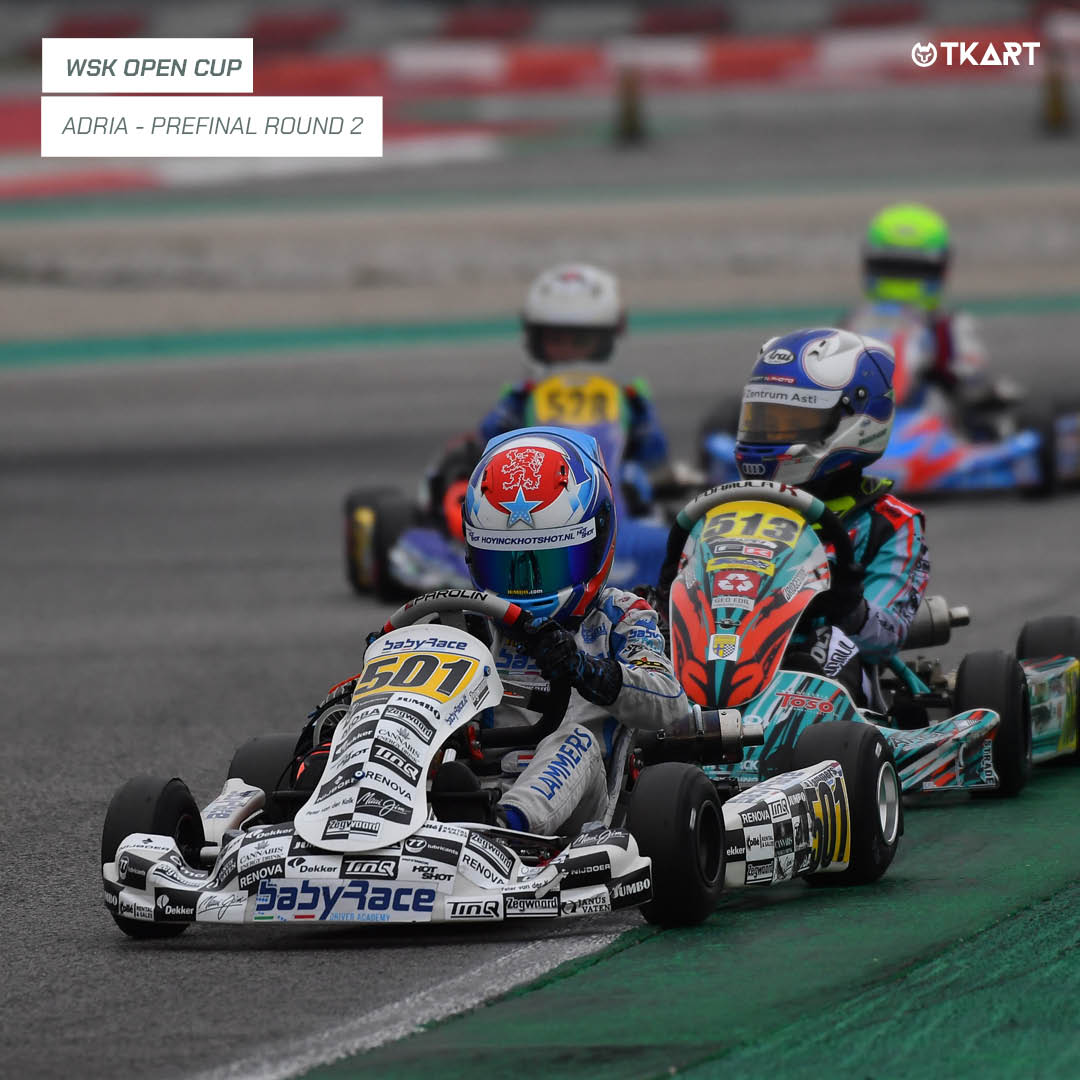 In the final of the second round the front row will be occupied by Gerasim Skulanov (Formula K Serafini ASD – IPK – TM Racing) and René Lammers. Skulanov won Prefinal A in front of Maciej Gladysz and Tiziano Monza while Lammers managed to get the better of Jan Przyrowsky in Prefinal B. Kean Nakamura Berta, who retired due to a technical problem in the formation lap, will not start the race tomorrow.

Prefinal A Round 2 Prefinal B Round 2