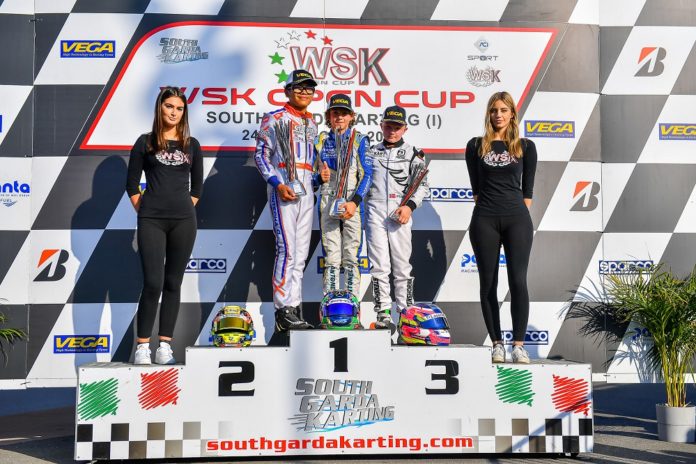 A crazy final in OKJ left the victory at the checker-flag to Arvid Lindblad, but a post-race penalty for the British meant that the victory was finally for Andrea Kimi Antonelli in the first round of WSK Open Cup at Lonato (Italy). 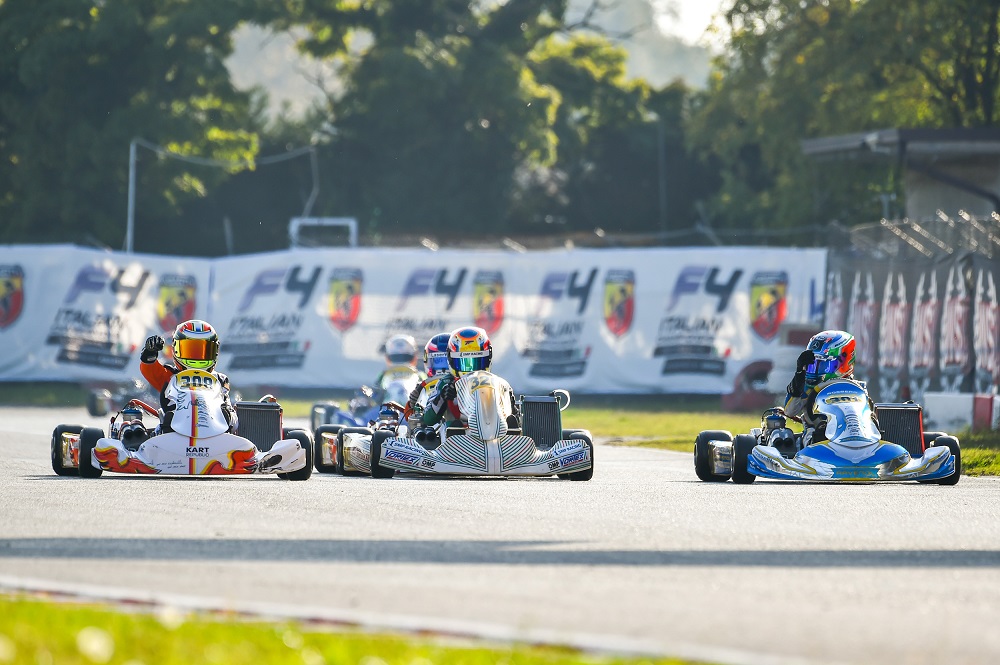 The Prefinal A was something crazy in the mid-field battles, despite that, in the lead Andrea Kimi Antonelli (KR/Iame/Vega) was beaten by Artem Severiukhin (Tony Kart/Vortex/Vega), both followed by Arvid Lindblad (KR/Iame/Vega).

In prefinal B, Nikita Bedrin (Tony Kart/Vortex/Vega) hold on Diego Contecha (Exprit/Vortex/Vega) for the victory. Behind them James Wharton (Parolin/TM Racing/Vega) was desperately trying to get into the final running in eleventh place. The Australian was handed by a 10 seconds penalty because of jump start which put him out of the final.

It was also a very crashed final as many drivers were involved in accidents. It is the case of Maxwell Dodds (Exprit/TM Racing/Vega) Tymoteusz Kucharzych (Parolin/TM Racing/Vega) or Akshay Bohra (KR/Iame/Vega).

Nikita Bedrin started from pole position alongside his compatriot Artem Severiukhin. Bedrin kept the lead in front of Contecha, Antonelli and Stenshorne with the four drivers pulling away in the early laps.

Then Stenshorne overtook Antonelli for third place with 12 laps remaining, but Antonelli got the place back two laps later and this created a gap between them and the leaders, while Severiukhin and Lindblad were catching them.

Meanwhile, Artem Severiukhin was handed with a 10 seconds penalty because of jump-start.

Contecha could not keep the pace of Bedrin and he was hardly overtaken by Antonelli, Stenshorne and Linblad with 8 laps remaining.

Antonelli immediately started setting quicker lap-times than Bedrin and caught him for the race victory battle.

In the last lap, Antonelli overtook Bedrin for the lead but the Italian then drove so much defensively that let Lindblad, Stenshorne and Contecha caught them. Therefore, the last two corners were crazy. Bedrin was desperately trying to overtake Antonelli while Lindblad driving in a more open race-line managed to overtake both at the checker-flag by 0.040 seconds.

But a post-race penalty to Lindblad and Bedrin changed the podium’s order. Instead of Lindblad, Antonelli took the victory in front of Contecha and Stenshorne.
Final Results

The World Championship in Lonato ended with a great success in...

Subscriptions accepted for the 29th Trofeo Primavera in Lonato