Today, most of the qualifying heats had to be contested and this put a lot of excitement on track plus the always changing weather conditions. The track in the early morning was so much wet but it dried up quickly, which caused some problems to OK drivers to decide which tyres put on their karts. 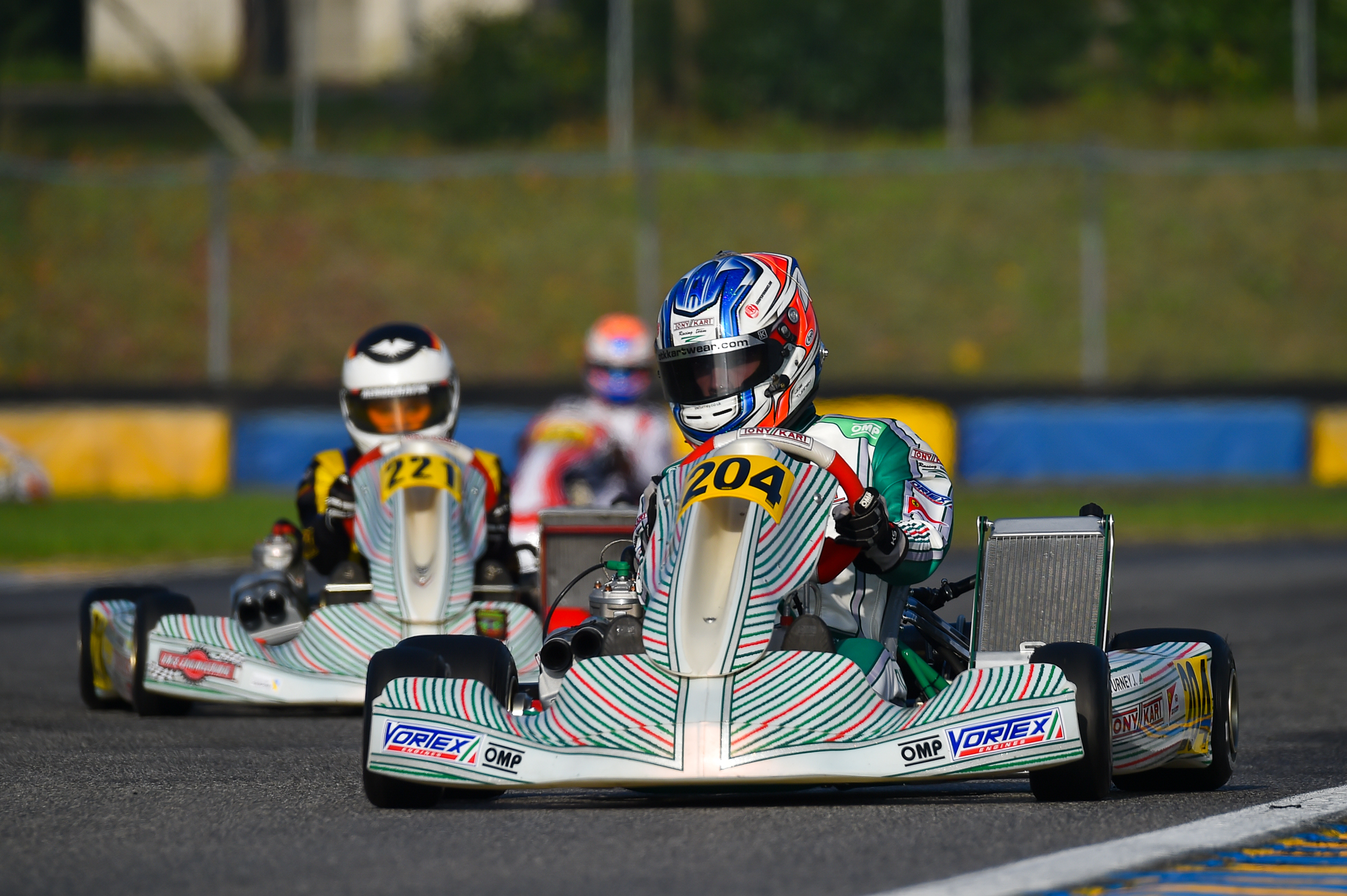 The day started with a clear domination from Taylor Barnard (KR/Iame/Bridg) who dominated heat A-C despite having a 5 seconds penalty. The British won a race thanks to his quick pace in the early laps with the slick tyre, when the track was still for wets and Oleksandr Partyshev (Tony Kart/Vortex/Bridg) was in the lead.

But despite the dominance from Taylor Barnard, it will be Joseph Turney who will start from pole position in the prefinal.

OKJ: Antonelli dominates and also messes up, Stenshorne is the new leader 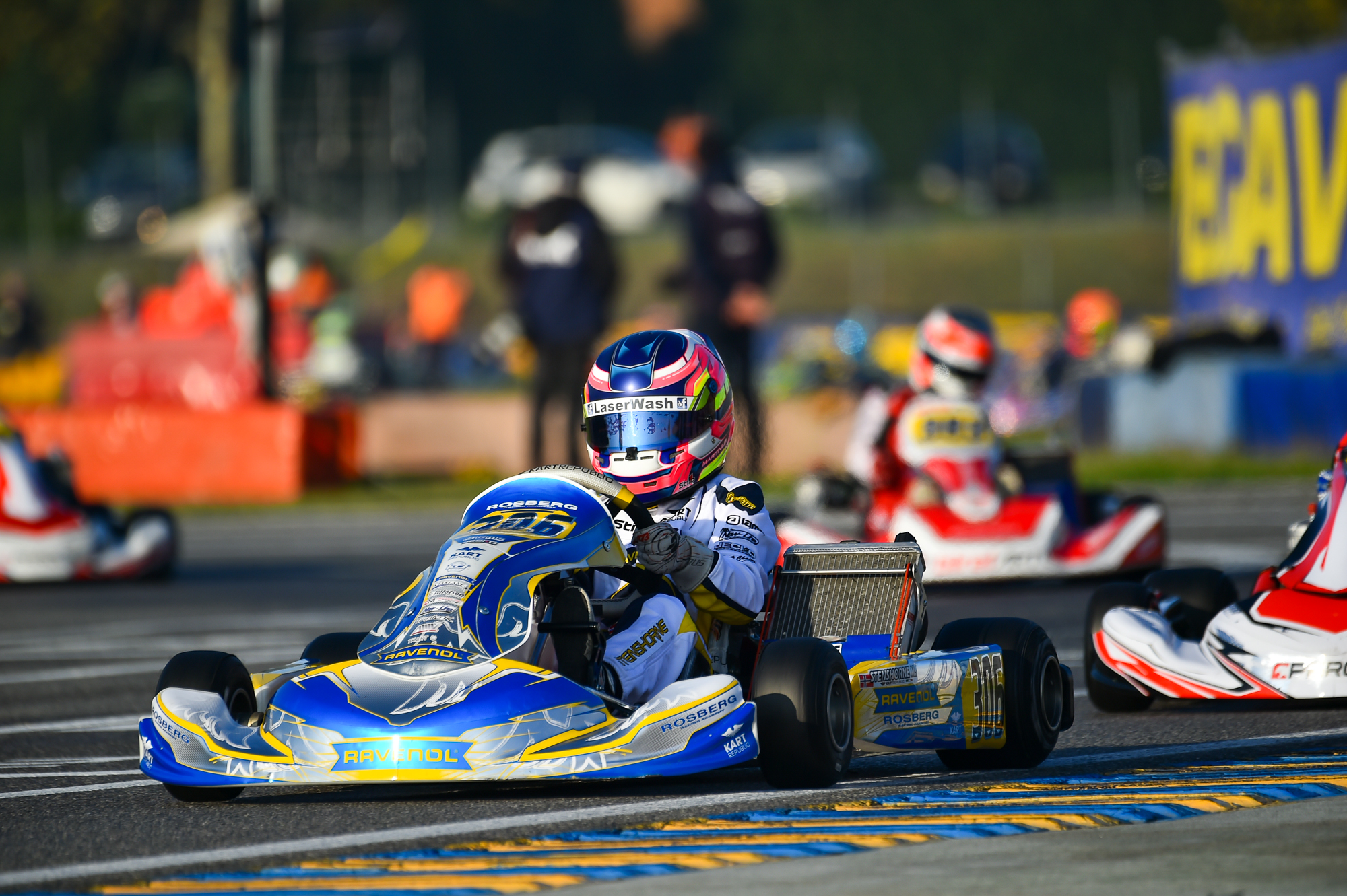 This battled was repeated in heat D-E, with De Haan taking the victory in front of Belgian Lorens Lecertua (FA Kart/Iame/Vega) who got penalized for an incorrect position of front fairing.

Then in heat C-D, the new Rosberg driver, Martinius Stenshorne (KR/Iame/Vega) dominated the race. The same happened in heat A-B for his teammate in Kart Repiublic, Andrea Kimi Antonelli (KR/Iame/Vega) who was unstoppable. The Norwegian and the Italian did the same in heat A-D and B-E, respectively. But in heat B-C when Antonelli was leading all alone, he made a mistake all by himself that caused his retirement of the race, Marcus Amand (KR/Iame/Vega) inherited the victory.

Heat A-C was so much competed. Bergman started from pole position, but he did not manage to avoid Alexander Gubenko (Kosmic/Vortex/Vega) for the race lead. A lead that was then for Cristian Bertuca (Birel ART/TM Racing/Vega), until the American Ugo Ugochukwu (FA Kart/Vortex/Vega) overtook the Italian and pulled away for the race victory.

Mini: Matveev and Tsolov dominate in the Mini class 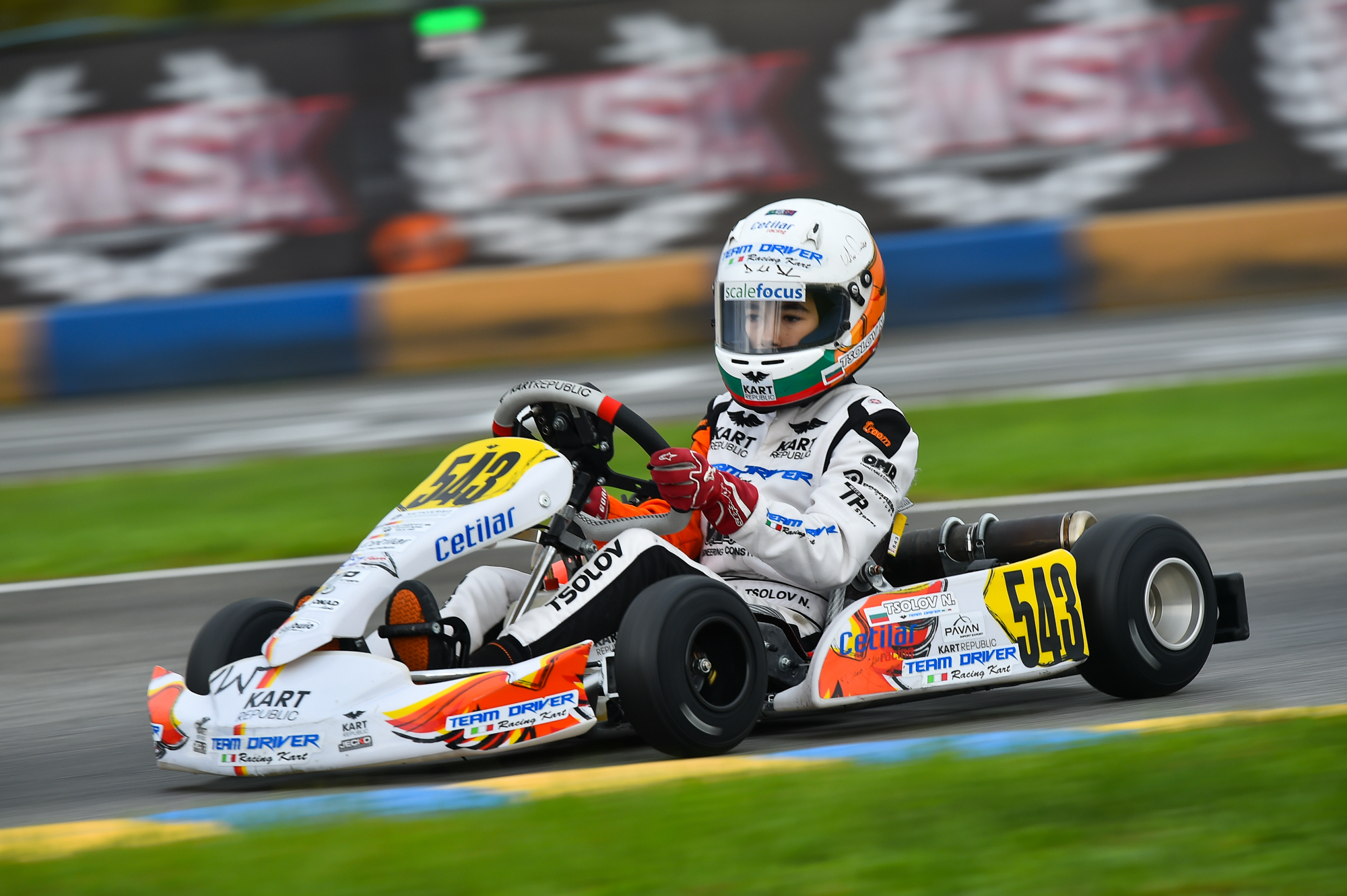 In heat C-D, the Russian Dimitry Matveev (Energy/TM Racing/Vega) dominated in front of Anatoly Khavalkin (Parolin/TM Racing/Vega). Matveev continued his wining rally as he won heat A-C after a comeback from a bad start. The Energy Corse driver completed a perfect day after dominating again heat B-C against Tarnvanichkul.

231 drivers at the opener of WSK Super Master Series in...

The WSK Super Master Series is at its 2nd round with...