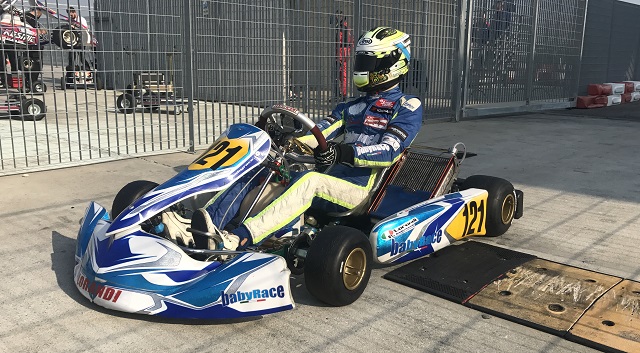 213 DRIVERS HUNT FOR THE WSK FINAL CUP.
The WSK Promotion’s 2017 karting season grand finale is taking place this weekend in Adria. At the end of scrutineering – which took place yesterday – 213 entrants confirmed their participation: they will challenge each other on the 1302-metre-long circuit in Cavanella Po, a village near Adria (northern Italy) home of the Adria Karting Raceway. This double appointment – the second one is scheduled for next weekend – can boast outstanding figures: in fact, there are entrants coming from 41 different countries and from 5 continents. 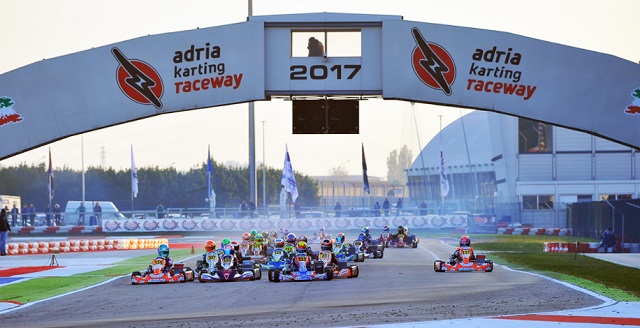 IN OK THE SURPRISE OF THE QUALIFYING SESSION IS DOOHAN.
Great surprises since the very beginning in the OK category in Adria. The outcome of today’s session says that the pole sitter in tomorrow’s heats will be Jack Doohan (FA Alonso-Vortex-Bridgestone), son of the Australian motorcycling champion Mick. An impressive result, especially if you take into account the fact that he is at his debut in the OK. His 47”936 left the Spanish David Vidales (Tony Kart-Vortex) 187 milliseconds behind. The Spaniard is the runner-up of the category World Championship.

LORANDI GRABS THE POLE IN KZ2 AT HIS COMEBACK FROM GP3.
In KZ2, the Italian Alessio Lorandi (Tony Kart-TM-Bridgestone), temporarily “borrowed” by kart racing, has taken a pause from his successful GP3 Series. He set the best time in qualifying with 47”841, 97 milliseconds better than the Rumanian Daniel Vasile (DR-Modena).

IN THE OKJ, THE FIRST BATTLE BETWEEN CHAMPIONS IS WON BY EDGAR.
In OK Junior the battle for the top positions between the two best drivers of 2016 has immediately got heated: the European Champion, the British Jonny Edgar, won the first “set” of the match against the World Champion, the Scottish Dexter Paterson, stopping the clock at 49”113 (both drivers on Exprit-TM-Vega). Between the two a gap of only 88 milliseconds, but it is only the beginning: the real battle will start tomorrow, with the heats.

SPINA TOPS THE LIST OF THE NEW EMERGING JUNIOR DRIVERS IN THE 60 MINI.
83 entrants in the 60 mini, all trying to emerge and find their way towards more important categories. The fastest driver was the Italian Alfio Spina (CRG-TM-Vega) with 54”472, 363 milliseconds better than the Norwegian Martinius Stenshorne (Parolin-TM). 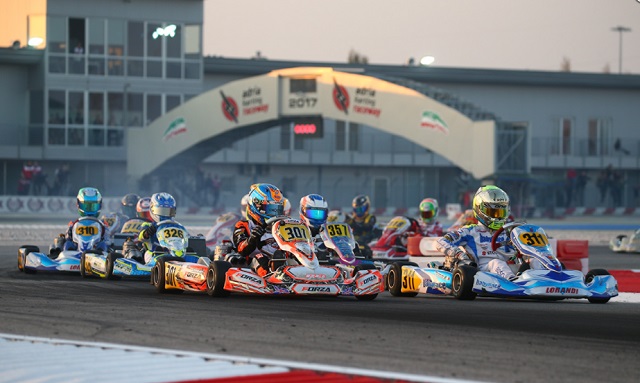 FIRST HEATS IN ADRIA.
The first heats took place today late in the afternoon, even though most of the programme is scheduled for tomorrow. The two 60 Mini races were won by Stenshorne and by the Italian Andrea Antonelli (Tony Kart-Vortex). In the two OK Junior heats victories went to the Russian Kirill Smal (Energy-TM) and the Swedish Theo Wernersson (Kosmic-Vortex)

THE RACES IN ADRIA LIVE IN STREAMING ON SUNDAY 5TH NOVEMBER.
There are all the ingredients for a spectacular double event dedicated to motorsport: the end of the 2017 season promoted by WSK has started officially today with qualifying and the first heats, which will continue tomorrow throughout the day. On Sunday 5th November, the final phase with the Prefinals and the Finals, which will receive the media coverage of WSK Promotion and will go live on www.wsk.it.

The provisional standings after the first round of the WSK Final...

Qualifying heats at the WSK Final Cup in Lonato (I)

Qualifying heats at the WSK Final Cup in Castelletto (I)