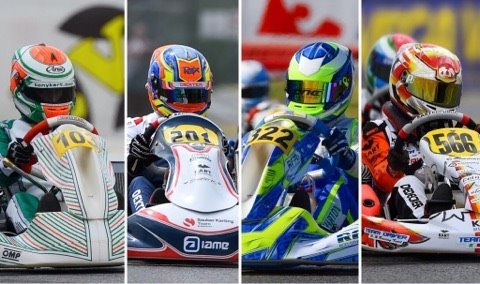 Saturday’s qualifying heats of the third round of WSK Euro Series at South Grada Karting in Lonato just confirmed what we saw yesterday afternoon, as the leaders continued been the same in almost every category.

KZ2: Abbasse and Puhakka on pole position for prefinals 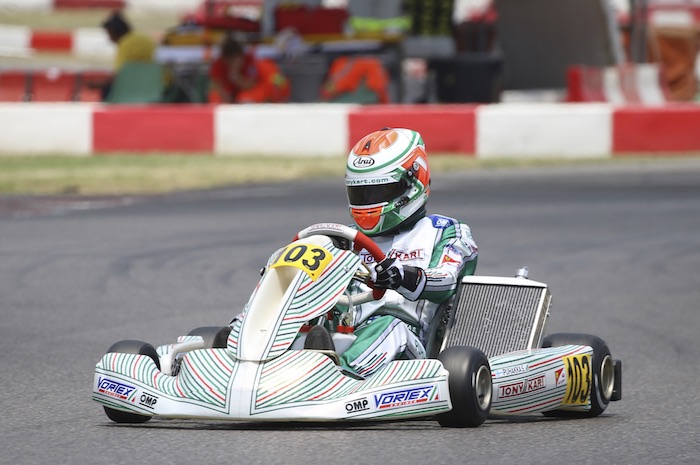 A very much competitive KZ2 with 80 entries showed an incredible battle on track today. After taking pole position yesterday, Simo Puhakka (Tony Kart/Vortex/Bridg) converted this position into a race victory heats in two of the three in which he took part.

The Finn driver despite that he was not the best of qualifying heats. Anthony Abbasse (Sodi/TM Racing/Bridg) who also won two heats, but finished second in C-D, managed to take one penalty point less than the Tony Kart driver.

Also performed very well Marco Ardigò (Tony Kart/Vortex/Bridg) and Marijn Kremers (Birel Art/TM Racing/Bridg). Ardigò beat the Dutch driver in the last heat, a heat in which Kremers almost was not able to compete as he had a little domestic incident in his tent which almost leaves him with no chance to drive.

After yesterday’s domination, the Sauber Karting driver Dexter Patterson (KR/Iame/Bridg) once again was the dominant driver yet again during qualifying heats. Patterson won heat A-C and finished second in heat A-D where he was beaten by the Italian Gabriele Minì (Parolin/TM Racing/Bridg).

Minì toghether with Dino Beganovic (Tony Kart/Vortex/Bridg) are one of those drivers who may beat Patterson tomorrow. Beganovic dominated heat B-D which had a very surprising crash between Andrea Rosso (Birel Art/TM Racing/Bridg) and Aleksey Sizov (KR/Iame/Bridg) with the Italian flying over the Russian. Fournunatley, both drivers went off the kart in one pieces with no injuries. Beganovic also took the victory in heat B-C.

OKJ: Wharton and Ugochukwu on pole for prefinals 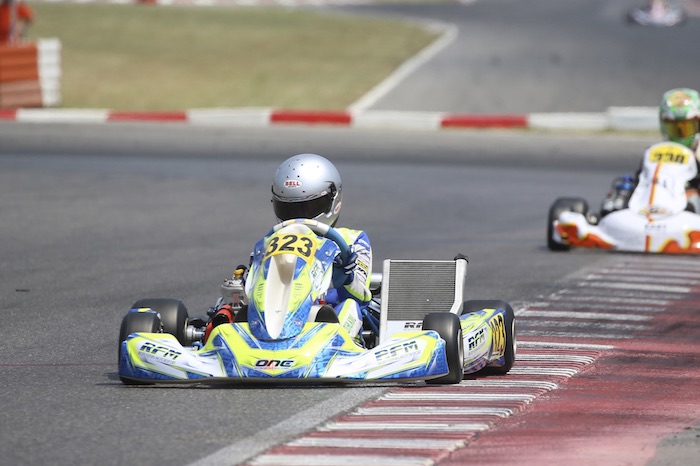 Wharton who had a good Friday was consistent during the heats despite been in the same group as Ugochukwu. The Australian with the victory in heat A-C secured the pole position for prefinal A. 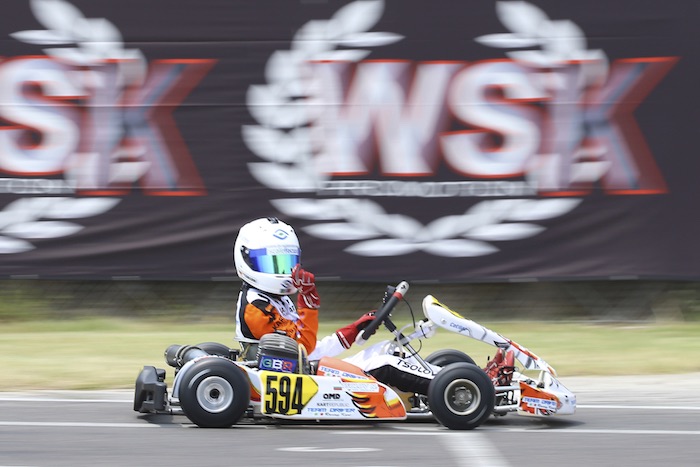 The races today in Mini has been so much entertaining as always are with several overtakes in almost every lap of every race.

Also amazing was the comeback from the championship leader William MacIntyre (Parolin/TM Racing/Vega) who was last in qualifying practice. The Briton had to comeback in all the races and finished in 49th place overall.

Tomorrow’s the 17 best drivers in every prefinal will have a place for the final in each category.