In a very cold day at Angerville, the drivers contested in the heats to decide the starting order of tomorrow’s prefinals for the second round of the WSK Euro Series.

* The OKJ and Mini official standings, at the moment, have not yet been published. 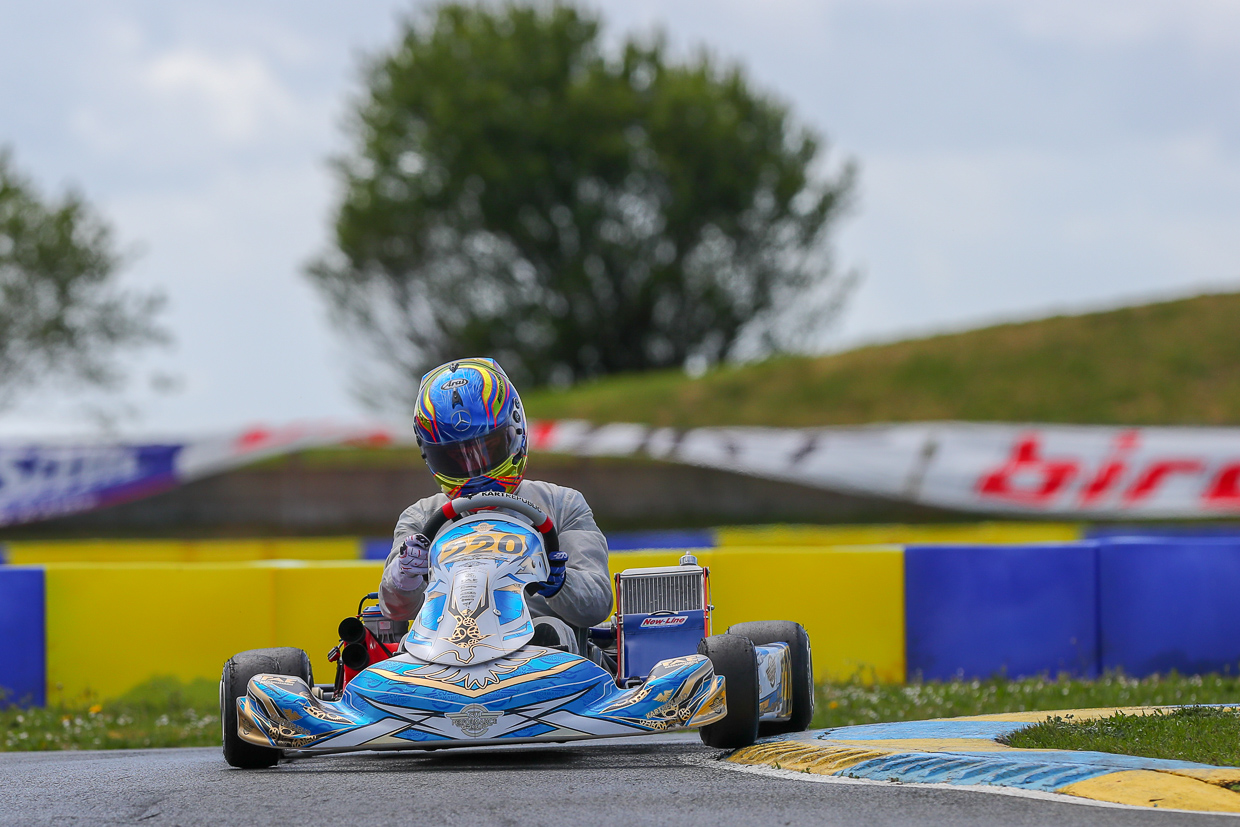 In the OK class it was the reigning world champion, Lorenzo Travisanutto (KR/Iame/Bridg) who was the best of the day with a victory in manche 2 and 3. The Italian almost wasn’t able to do the same in manche 1 where Rosberg Racing driver Taylor Barnard (KR/Iame/Bridg) took the victory by one second over the CV Performance group driver.

Pole sitter, Dexter Patterson (KR/Iame/Bridg) had a difficult day after suffering an accident in the first manche. This prejudicated a lot the Scotsman who had to start from the back in the following manches. Despite that the Sauber Karting driver managed to comeback in both manche finishing in 8th and 5th. 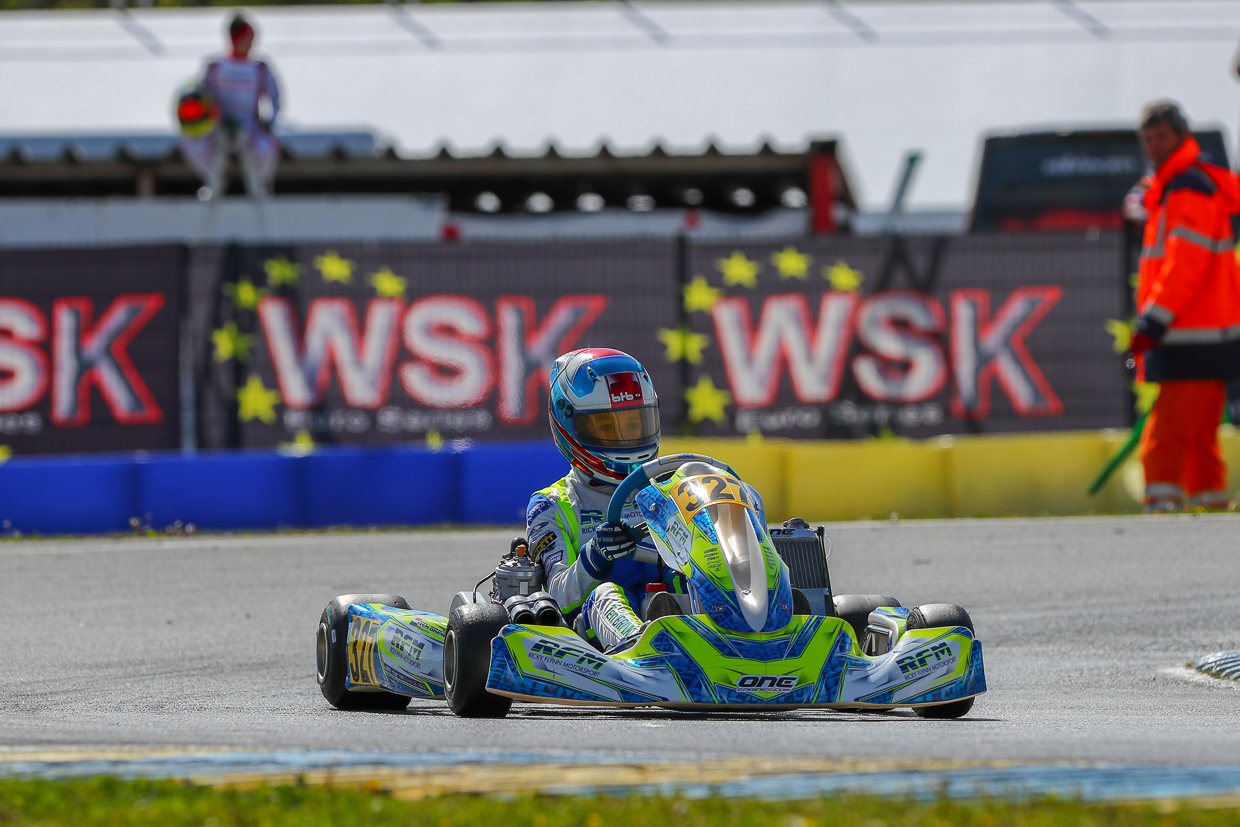 The Ricky Flynn’s continued in front of the OKJ. The British team was untouchable in all three manches. Thomas Ten Brinke (FA Kart/Vortex/Vega) dominated from lights-to-flag manche 1 and 2, while in manche 3 the Dutchman was doing the same but in the last lap we was passed by teammate James Wharton (FA Kart/Vortex/Vega) and compatriot Robert de Haan (Energy/TM Racing/Vega).

Manche 2 saw how two of top drivers had to retire. An accident between Maxwell Dodds (KR/Iame/Vega) and Ugo Ugochukwu (FA Kart/Vortex/Vega) obligated both drivers to retire in the early stages of the race. 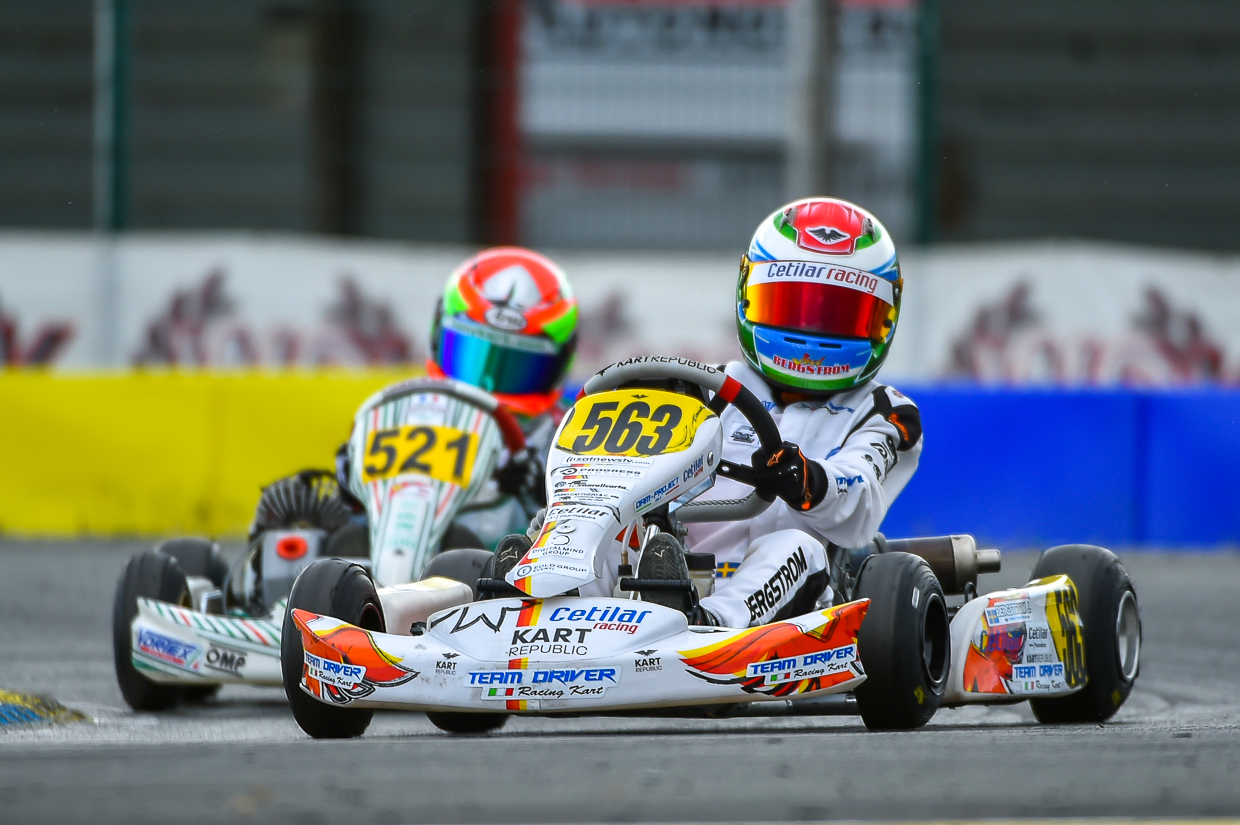 In a very crazy heat A-E, Alex Powell and Peter Bouzinelous (Parolin/TM Racing/Vega) had to retire in the final laps. This led to a very compacted pack with four drivers battling for the race victory which finally was for Arabian Kenau Al Azhari.

Kirill Kutskov (Energy/TM Racing/Vega) also tasted the victory in heat A-D with a clear gap over his rivals, while Coskun Irfan (Tony Kart/Vortex/Vega) finally came back to the first place with his new team, Tony Kart, to win and dominate in heat A-C.

Tomorrow it will be the points day for the more than 100 contestants in the WSK Euroseries with the prefinals and finals.

Season’s ending with the WSK Final Cup in Adria (I)