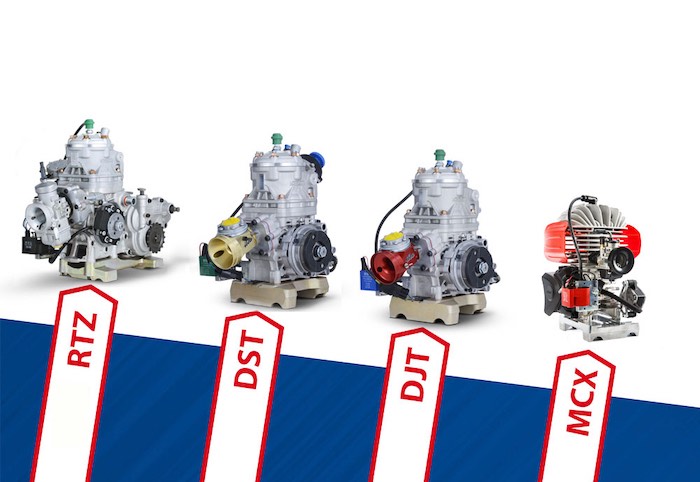 OK: Joseph Turney (Tony Kart Racing Team) centres the goal at the Winter Cup in the OK category, with the Vortex DST engines several times at the top of the ratings. On the podium of the final also Lorenzo Travisanutto (Tony Kart Racing Team), second and protagonist of the weekend at the South Garda Karting with 2 victories in the Heats as well as Turney, who also wins his Super Heat. Among the winners of the weekend with Vortex also Nikita Bedrin (Ward Racing), with three victories in the Heats and excellent fifth in final after the unlucky withdrawal in the Super Heat. Pedro Hiltbrand (Tony Kart Racing Team) makes the most of the engine made in OTK Kart Group to recover 11 positions and winning a Heat, he then carries out a nine-position comeback in final and ends in top ten. Thomas Ten Brinke (Ricky Flynn Motorsport) is centring two second places in the heats while the decisive race ends with an excellent sixth position for Luigi Coluccio (Kosmic Kart Racing Department), several times in top ten together with Diego Contecha (Tony Kart Racing Team).

OKJ: Freddie Slater (Ricky Flynn Motorsport) is the best driver of the 14 powered by DJT engines lined up for the final. The Vortex engine’s performances help the Englishman to stand out in a hard-fought race, where Karol Pasiewicz (Tony Kart Racing Team) is constantly fighting in top positions, closing second. Unfortunately, a penalty vanishes this result, but the Pole anyway conquers a victory in the Super Heat and a best lap. Artem Severiukhin (Ward Racing) ends ninth after constantly being in top ten, while Krapin Konstantin (Ward Racing) is also the author of a victory in the heats. Among the fastest of the weekend, but unlucky in final, Ugo Ugochulwu (Ricky Flynn Motorsport), twice third, and Alexander Gubenko (Kosmic Kart Racing Department), third in the Super Heat and twice in top ten in the Qualifying Heats.

KZ2: Vortex RSZ and RTZ engines allow the official Tony Kart driver Simo Puhakka to gain the pole position on Friday and go on his weekend with other two victories and two second places in the Heats. In final, the Finn is sixth, while Paul Evrard(Tony Kart Racing Team) is able to improve his starting position in all sessions of the weekend. Alessandro Buran (Renda Motorsport) gains the best lap in the last Heat ended in second position, in addition to a third and other two in top ten. Amazing comeback carried out by Alessio Piccini (Tony Kart Racing Team), who recovers 22 positions in the Heats.

MINI ROK: All 64 drivers in the category reserved for the youngest drivers are equipped with Vortex engines. The reliability and performances of the Mini ROK engines once again contribute to start a weekend of great entertainment, allowing drivers to compete in a balanced context.