Local hero Juho Valtanen and Ricky Flynn driver, Thomas Ten Brinke are currently leading the standings to get the pole position for the final race of the FIA Karting World Championship that is taking place at Alahärmä, Finland.

Yesterday’s qualifying practice set the groups for qualifying heats, but some drivers did not take advantage of their preferred position, while others who where in the back, made great comebacks in a day which the weather was one of the protagonists as heavy rain hit the track during the afternoon.

OK: The Finns put the show on at home soil 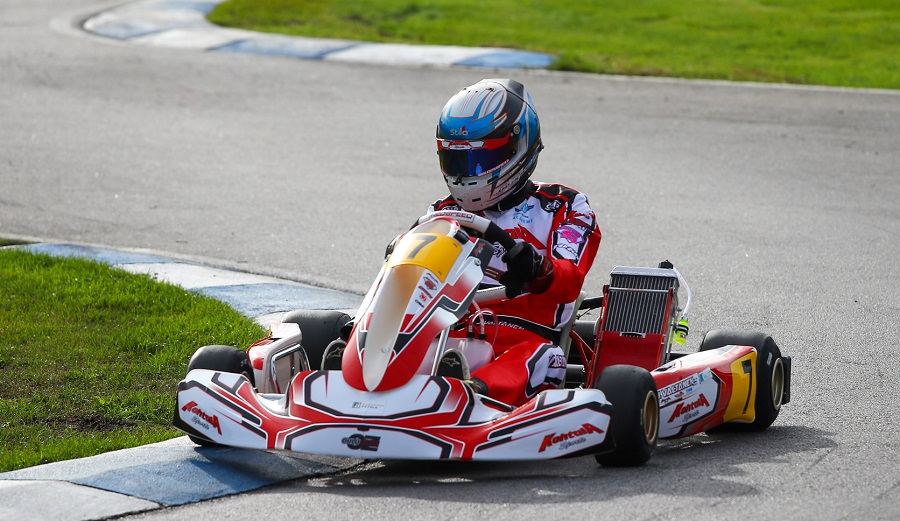 The day started perfect for former Formula 4 driver, Juho Valtanen (Redspeed/Iame/Le Cont). The Finn driver started the day dominating on track in qualifying heat B-D in which one of the front runners, Sebastian Ogaard (Tony Kart/Vortex/Le Cont) suffered a crash.

For Valtanen that was the start of a great day, the Kohtala driver won two more heats under rain conditions. He only had struggled in heat B-C. That heat was won by Dutch driver Dilano Van T’Hoff (Exprit/TM Racing/ Le Cont) who has always drive in the top spots and now currently is in provisional fourth place.

But the surprise of the weekend it is still, Josh Dufek (KR/Iame/Le Cont). The Sauber driver who made a magnificent qualifying practice, kept the pace today even on wet or dry conditions. The Swiss was especially strong in very wet conditions, winning heat C-E.

Defending the crown, Lorenzo Travisanutto (KR/Iame/Le Cont) did the enough work to stay on top as he is now in provisional third place. The 2018 World Champion and 2019 European Champion did not win any heat but his consistency on track, doing no mistakes at all is giving him the opportunity to be in a strong place for the final.

Qualifying pole sitter, Gabriele Mini (Parolin/TM Racing/Le Cont) was on trouble today. A mistake in heat A-E when he was in second position after a bad start put him in a difficult position. Despite that, Mini won heat A-F with slick tires on wet track. Same situation for another front-runner, Pedro Hiltbrand (CRG/Iame/Le Cont). The Spanish driver makes the same mistake in the same chicane of the A-E heat, but Hiltbrand had problems again in heat B-E and he currently sits out from the final.

But the hidden hero today was Finn driver Nikolas Pirttilahti (KR/Iame/Le Cont). Despite having problems in his morning heat, the CV performance driver shown an untouchable pace in the wet conditions, not even Travisanutto was able to catch him. 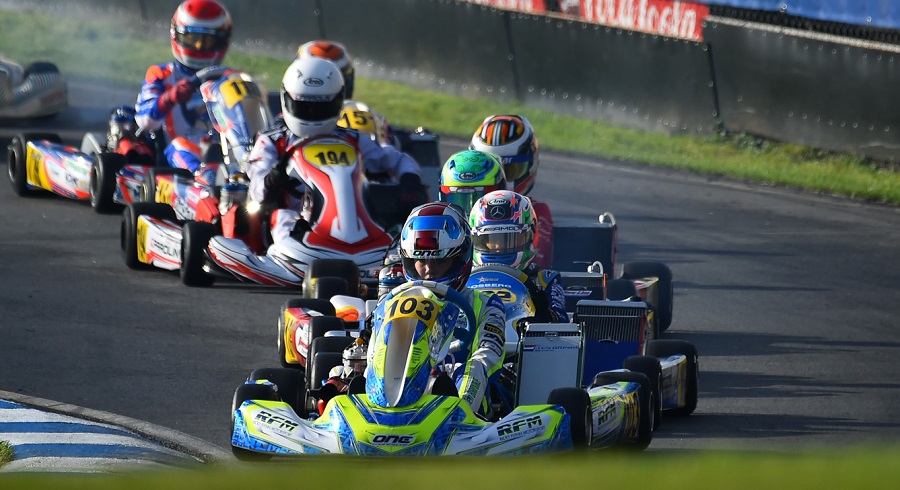 The OKJ proved once again, to be highly competitive this 2019. Many drivers are among the favorites for tomorrow but from today we can learn that the Ricky Flynn drivers are back.

Thomas Ten Brinke (FA Kart/Vortex/Vega) has proven again that he might be the one to beat, specially in dry conditions. The Dutch driver won all the races in those circumstances, but he was strong under rain as well where he was only beaten by Rafael Camara (Exprit/TM Racing/Vega).

Camara has been fighting for the victory in all the heats but he only managed to win under rain conditions. The Brazilian driver sits right now in third place in the standings just behind Laurens Van Hoepen (FA Kart/Vortex/Vega) who after completing a good qualifying, won two heats and always was among top3.

Also in the favorites list are Andrea Kimi Antonelli (KR/Iame/Vega) and James Wharton (Parolin/TM Racing/Vega) with both winning one heat. American Ugo Ugochukwu (FA Kart/Vortex/Vega) has also been strong among the front runners.

VDK Racing – Top 10 in a difficult World Championship at Portimao

Top ten for CRG in Portugal