Search
Login
Home Events The Tony Kart Racing Team on the way to Sarno for the... 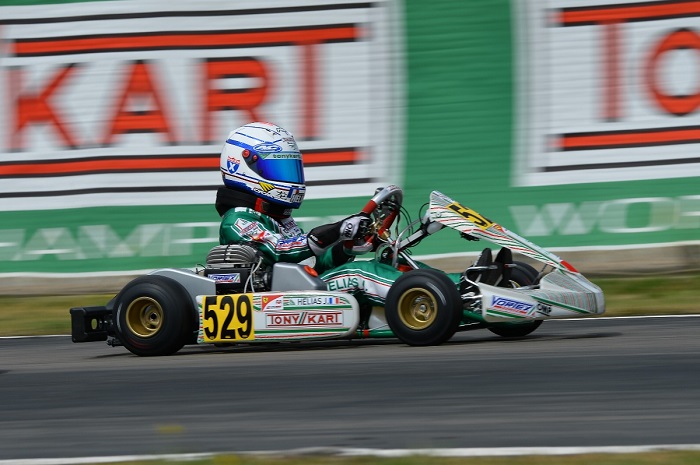 The Naples International Circuit of Sarno is the upcoming engagement of the Tony Kart Racing Team, on track from March 29th to April 1st.

The WSK Super Master Series is now at its final stages: there are only two rounds left before defining the final rankings of the 60 Mini, OK, OKJ and KZ2 categories. The last two WSK Master Series events will be staged for two consecutive weekends at the Naples International Circuit of Sarno.

The first appointment is scheduled from March 29th to April 1st: this is the recovery of the 2nd round that was suspended for snow in Lonato.

This will be a milestone for the Tony Kart Racing Team, which will be on track with all its drivers in order to ride the positive wave of results obtained in Muro Leccese.

The expert Marco Ardigò will be the standard-bearer of our racing department in the KZ2 category, where he currently takes the third overall position with 98 points. Next to him there will also be Simo Puhakka, currently sixth with 51 points, Matteo Viganò and Alessio Piccini, who will certainly want to improve the placings obtained at La Conca.

The same goes for David Vidales and Noah Milell in OK: the first one is willing to overturn the outcome of the race in Muro Leccese while the second wants to realize what was already seen on the La Conca circuit, in order to aim for a position of prestige on the podium of his category.

In OKJ Laurens Van Hoepen, Josep Maria Martì and Sebastian Montoya will have to maximize the potential of their Tony Kart 401S Racer chassis powered by Vortex engines: the Dutch driver born in 2005, in particular, is called to climb the highest number of positions possible in the standings since he still has in his hands a real chance in the fight for the final victory.

In the 60 Mini, however, Rashid Al Dhaheri, Yuanpu Cui, Jimmy Helias and Igor Cepil will bring on track their Tony Kart Neos chassis powered by Vortex Mini MR3 engines, to show our material competitiveness and to gather as much experience as possible to be ready for the upcoming commitments of the 2018 season.

The weekend of the race on the Naples International Circuit of Sarno can be followed from the free practices on Thursday through the live timing service available on the website www.wskarting.it . The prefinals and the Finals on Sunday, however, are broadcast in live streaming, always through the same site.

The Andrea Margutti Trophy at the starting blocks in Lonato with...