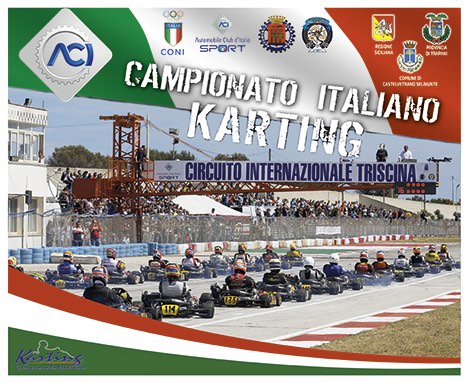 Following the latest decrees of the Council of Ministers of the Italian Government containing new measures regarding the containment and contrast of the spread of the Covid-19 virus throughout the national territory, the organization of the Circuit of Triscina (Trapani) in agreement with ACI Sport decide the shift of the test of the Italian ACI Karting Championship from April 5 to May 31, 2020, to be played always in the Triscina Circuit with the categories Minikart, Mini International Gr.3, KZ2, Iame X30 Junior and Senior.

The Triscina race on 31 May therefore becomes the second round of the Italian ACI Karting Championship, preceded by the test at the La Conca International Circuit (Muro Leccese, Lecce) which remains on the calendar for 10 May and which becomes the opening race of the Tricolor season with the categories Minikart, Mini International Gr.3, KZ2, OK and OK-Junior. The OK and OK-Junior categories on the La Conca International Circuit will compete in a single test for the assignment of the title of the Italian ACI Karting Championship of the two categories. Below is the updated calendar of the titled races:

In the fourth round of the Italian ACI Karting Championship in...