Home Events The race for the leadership of the Italian ACI Karting Championship continues... 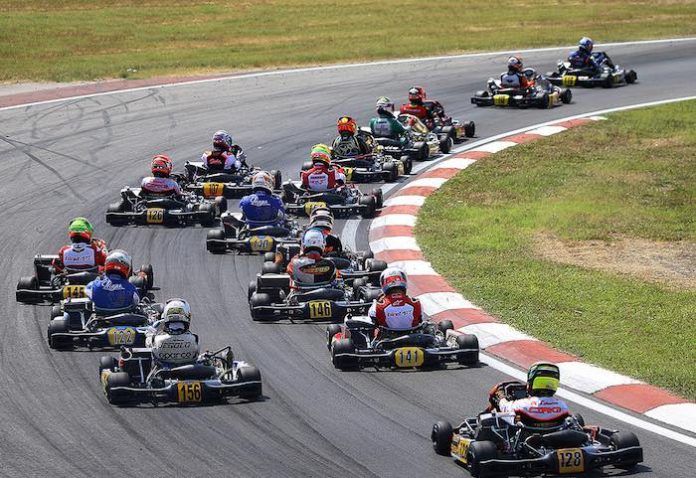 From July 25 to 28 on the Adria Karting Raceway Circuit the fourth round of the Italian ACI Karting Championship is scheduled. The KZ2 and 60 Mini categories take to the track, in addition to the Iame X30 and Rok brand trophies, with the Rok that will face the third and final appointment. The KZN Under and Over will be in the race instead in the final test of 1st September in Val Vibrata. After the first three tests of Castelletto, Siena and Sarno, the championship situations became very open to any result, particularly in the two national categories KZ2 and 60 Mini.

Simone Cunati, bearer of the Modena Kart Team on CRG-Tm, in KZ2 keeps the lead of the standings at 113 points thanks to the two victories in race-1 of Castelletto and Siena, but the accused setback in Sarno has benefited his direct opponents. Giuseppe Palomba of the Mec Kart team joined Croc Promotion-Tm, one of the main pretenders to the leadership, on the home track in Sarno with the double affirmation of victory in race-1 and second place in race-2, results that have projected the Neapolitan pilot just 16 points from Cunati. Not far away, at 27 points, was Francesco Iacovacci with Maranello Kart with the fourth place obtained in Sarno in race-1, but he could have come even closer to the leadership if he had not run into an accident in race-2. Among the top players of the championship also Leonardo Marseglia, on BirelArt-Tm, to his first victory in the Tricolor in Sarno with the success in race-2 and climbed to fourth place with 72 points. Excellent growth also for Davide De Marco of Team Driver on KR-Tm, twice on the Sarno podium with second place in race-1 and third in race-2 which led him to occupy the fifth position in the championship with 69 points .

A very open classification also for the 60 Mini, where the young Jamaican driver Alex Powell took the lead, competing with Energy Racing on Energy-Tm, after a brilliant start to the championship and the great victory he obtained at Sarno in the race -1 in addition to the fourth place in race-2. Powell now leads with 126 points, but with just 11 points ahead of the Englishman William MacIntyre on Parolin-Tm who in Sarno had to settle for two placings. Third with just 14 points was Manuel Scognamiglio (Tony Kart-Tm), who went to the Sarno podium with second place in race-1 and then with the victory in race-2. In fourth position with 36 points behind you is Andrea Filaferro, on Tony Kart-Tm with the Newman Motorsport team, and Giovanni Trentin on Parolin-Tm fifth at 42 points from the leader, author of a victory in race-1 in Siena. 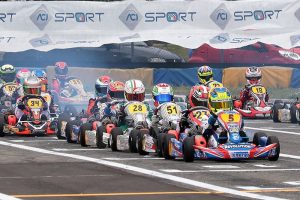 The next rounds of the Italian ACI Karting Championship 2019:

All rankings on the site www.acisport.it

CORRIERE DELLO SPORT. A special page will be published in the sports newspaper Corriere dello Sport on Thursday 1 August.

On the Adria Circuit on June 29 the assignment of the...