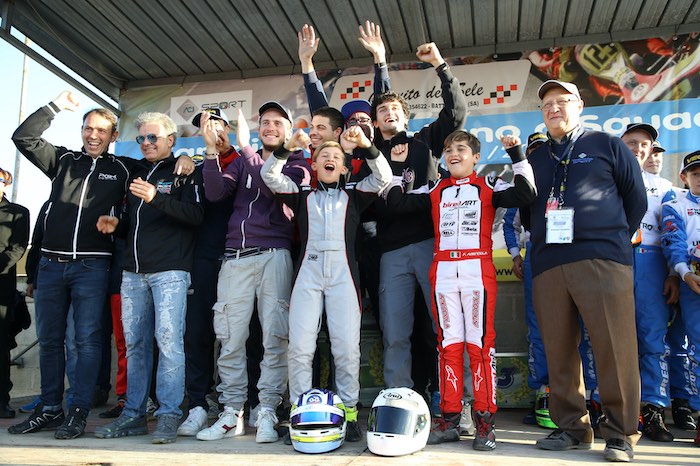 It was the regional team of the Marche region, headed by Massimo Golfetti, to establish itself on the Circuit of the Sele of Battipaglia in the 24th edition of the Italian Championship for Regional Teams, fourth success for the Marche after having already conquered it back in 1992 and then more recently in 2007 and 2008 always with Golfetti as coach.

The success of the Marche has been built since the first series of Finals in the categories involved in this race, namely KZ2, 60 Mini, KZN Under and KZN Over, where the Marche has put to good use a 13 point advantage at the end of the first round compared to to the other representatives present in this Battipaglia appointment. At the end of the hard-fought second series of Finals, the Marches had to leave something on the field to Lazio, Lombardy and Sicily in great comeback, but in the end the success of the pilots of the Marche was confirmed by the final score, and the final verdict in the first 5 positions was 323 points for the Marche, 313 points for Lazio, 303 points for the outgoing Lombardy, 293 points for Sicily, 252 for Puglia. All therefore very close to each other so as to hold the breath until the last, before knowing the result of the final classification. 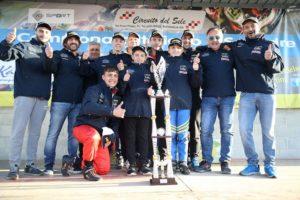 The drivers behind the success of the Marche driven by Massimo Golfetti, were in the 60 Mini Riccardo Paniccià and Francesco Amendola, Francesco Temperini in KZ2, Matteo Massatani and Leonardo Pelosi in KZN Under, Maurizio Giacchetti and Marino Spinozzi in KZN Over.

This edition of the Italian Regional Team Championship also awarded the winning teams in each category. In the KZ2 ranking, the Tuscany captained by Giulio Pacinotti won with the two protagonists that we often find also in the national karting, Mirko Torsellini (KR-Iame) and Flavio Sani (Maranello-Tm). In 60 Mini Puglia (coach Peppino De Carlo) has established itself with two specialists such as Jacopo Martinese (Parolin-Tm) and Simone Frasca (Praga-Tm). In KZN Under the Marche were the winners with Matteo Massatani (TK Kart-Tm) and Leonardo Pelosi (Maranello-Tm). In KZN Over came Sicily (coach Armando Battaglia) with Marcello Maragliano and Antonio Tramontana (both on Sodikart-TM).

In the double finals of each category the single victories were won in KZ2 by Alessandro Buran (BirelArt-Tm / Lombardia) in Race 1 and by Mirko Torsellini (KR-Iame / Toscana) in Race 2, in the 60 Mini by Jacopo Martinese (Parolin-Tm / Puglia) in both finals, in KZN Under by Andrea Calvanese (Gold Kart-Tm / Umbria) in both finals, in KZN Over by Paolo Gagliardini (Sodikart-Tm / Marche) in Race 1 and by Sirio Costantini (Intrepid-Tm / Abruzzo) in Race 2. 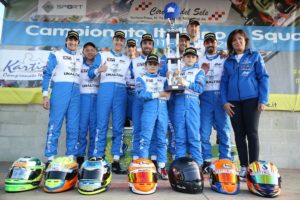 These are the final rankings of the Italian Championship for Regional Teams:

The Gold Register of the Italian Championship for Regional Teams:

All results on the site http://www.acisport.it/it/CIK/home

In Battipaglia the show of the Italian Karting Championship for Regional...