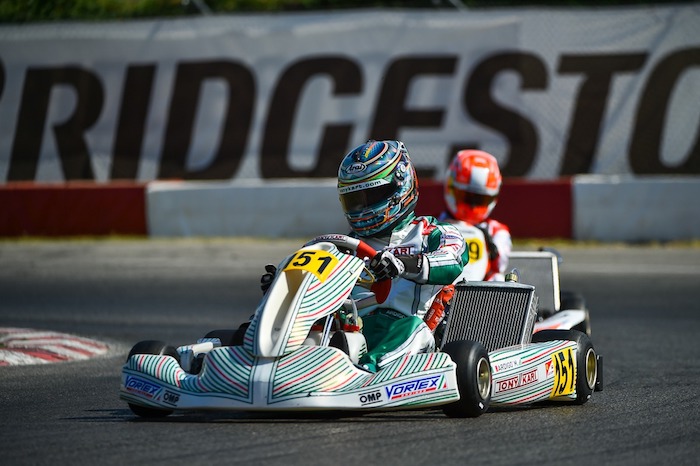 The last big event of the FIA Karting 2019 season is just around the corner: the eagerly awaited appointments of the KZ FIA Karting World Championship and the KZ2 International Super Cup. The stage is the well-known South Garda Karting in Lonato, Italy, and, for both categories, a very big number of drivers are expecting to take part in it. Our Tony Kart Racing Team will be present, confident to be well prepared and be able to count on a Tony Kart Racer 401 R chassis which, coupled with Vortex engines, has proved to be competitive and successful in all conditions throughout the whole season.

In KZ we will line up five drivers, all with great ambitions.

The first one is certainly Marco Ardigò who, right in Lonato, crossed the finish line in the final of the last round of the WSK Euro Series this year, winning the title. However, this World Championship will be special for Marco and for all of us in Tony Kart: Ardigò has announced his farewellas a driver at the end of the year and this will be his last world championship. Marco will therefore be once again the protagonist of a race which, again with the Tony Kart colors, he already won 3times in the past (in 2007 and 2008 in KF1, in 2014 in KZ), enriching a palmares full of prestigious successes. Marco Ardigò’s future will still be with Tony Kart, although with a different role.

Alongside the three-time world champion there will be Simo Puhakka, who also won a WSK Eruo Series round this year, and Matteo Viganò, winner of the International Super Cup 2018 in Genk and protagonist in the fight for the FIA Karting European Championship.

Noah Milell will complete our line-up, in his second world championship in two weeks after the excellent comeback carried out in Alahärmä in the OK class, and the American Andre Martins.

In KZ2, David Vidales and Alessio Piccini will try to keep the International Super Cup Title conquered last year. Vidales, always fast during the whole season, was one of the best drivers in the last round of the European Championship in Sarno: with Piccini, they will be a winning duo, fighting for top positions.
Also the new entry Danilo Albanese will be racing with them, at his debut in a FIA race but with experience at the wheel of a shifter kart, with which he gained excellent results during the Italian Championship and the ROK CUP International Finals.

The weekend of the KZ FIA Karting World Championship KZ and the KZ2 International Supercup will be broadcasted through the app for iOs and Android and the official website, where the live timing will always be available. The live streaming will start with the first Heats on Saturday until the Finals on Sunday afternoon.

The forthcoming 47th Trofeo Delle Industrie in Lonato with 240 drivers...

The WSK Champions Cup opens the season at Adria (RO)