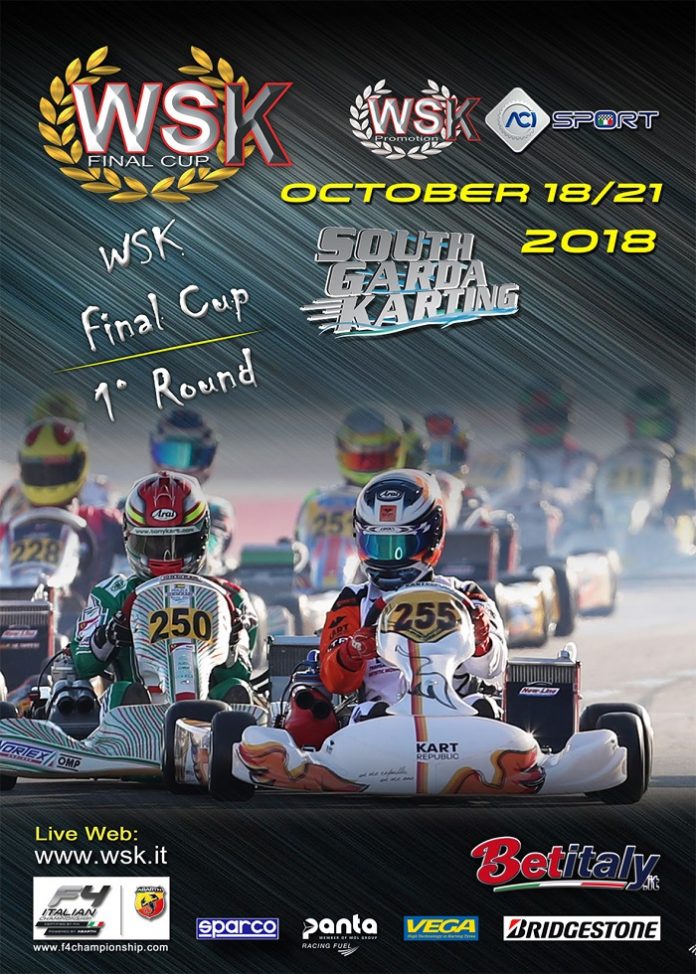 WSK karting is all set to close the 2018 campaign with the Final Cup.The closing part of season 2018 is being set up and WSK Promotion is preparing its season’s finale: the WSK Final Cup is in fact about to start accepting entries on the official web page wsk.it this coming Friday, September 21st. The closing act of the season will feature three rounds open to the International categories KZ2, OK, OK Junior and 60 Mini.Three races live on the web from the end of october are the sprint to the line for 2018.The success scored last year, with more than 400 drivers present in the double round of Adria (Rovigo – I), pushed WSK Promotion build on that event, increasing the number of rounds making up the WSK Final Cup to three. Beyond that, the International series set to close season 2018 will compete on three important circuits like the South Garda Karting in Lonato (Brescia – I) from October 18th to 21st, the 7 Laghi of Castelletto di Branduzzo (Pavia – I) on November 8th to 11th and the Adria International Raceway, that will stage the grand finale from November 21st to 25th. The appointment with the live streaming on wsk.it is confirmed for all rounds.

Season’s ending with the WSK Final Cup in Adria (I)

images from the WSK Open Cup – opening event in Lonato