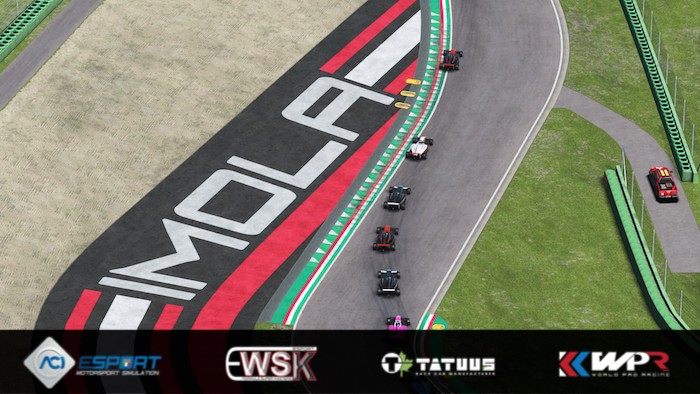 Yesterday’s, Monday 18 May, evening session, was the last chance to post their best time around the track of the Adria International Raceway for the drivers of the EWSK Formula Super Master, the virtual competition launched by WSK Promotion in collaboration with Tatuus. The top-60 drivers that make up the standings, ranked on the basis of their best time,  will therefore take part in the Pre Selection Race scheduled from 18:30 today.

At the top of the time-sheet we find the Russian Yaroslav Shevyrtalov, one of the finalists of the 2019 FIA Karting Junior World Championship at Alaharma, who with the best time of 1:13.581 recorded yesterday managed to pip Sebastian Ogaard, the Danish driver hired by BhaiTech Racing for the 2020 Italian F.4 Championship Powered by Abarth and which failed to improve its lap time on the last day. The third place went to the experienced Peruvian driver Luis Felipe Capamadjian.

Immediately behind them the kart driver David Liwinski precedes the English driver Luke Whitehead by just over half a tenth.

Among the qualified, there are also other prominent names of the Italian F.4 Championship Powered by Abarth and of WSK karting series: Nico Goehler posted the seventh-fastest time, while Dino Beganovic, in strength at the Prema Powerteam and student of the Ferrari Driver Academy, it is 14th. Alex Dunne, 17th, precedes Pietro Delli Guanti, Andrey Zhivnov and Jonny Edgar, while outside the top 20 we find, among others, Michael Belov, Martinius Stenshorne, Rodrigo Almeida and Ugo Ugochukwu.

For the Pre Selection Race, the drivers will be divided into three groups, each of which will compete in a Qualification Race starting at 19:30. From 20:45 the two semifinals will start after which we will know the names of the 24 drivers who will qualify directly for the Finals on May 23, to be raced on the virtual circuit of Autodromo Enzo e Dino Ferrari di Imola. The decisive races will be preceded by the Last Chance Race, which will give 6 other drivers the opportunity to take part in the final stage.