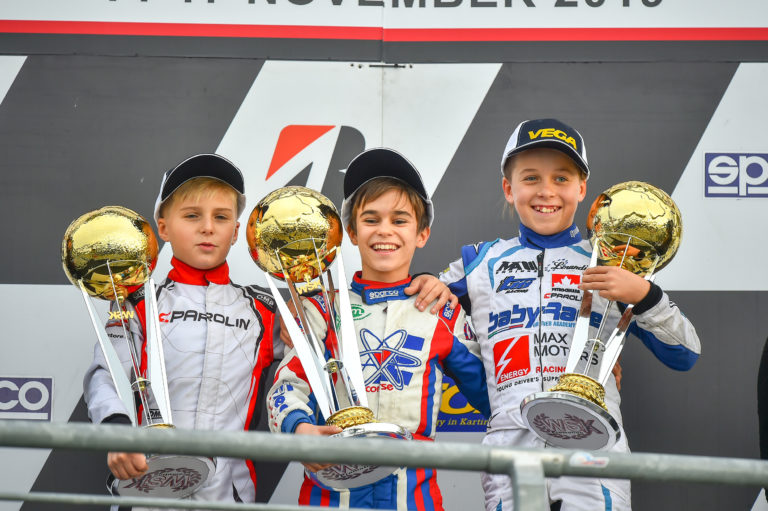 Dimitry Matveev has taken the WSK Final Cup championship in Mini class at Adria Karting Raceway. The Russian lead a top7 for his nation with a podium completed by Khavalkin and Popov. 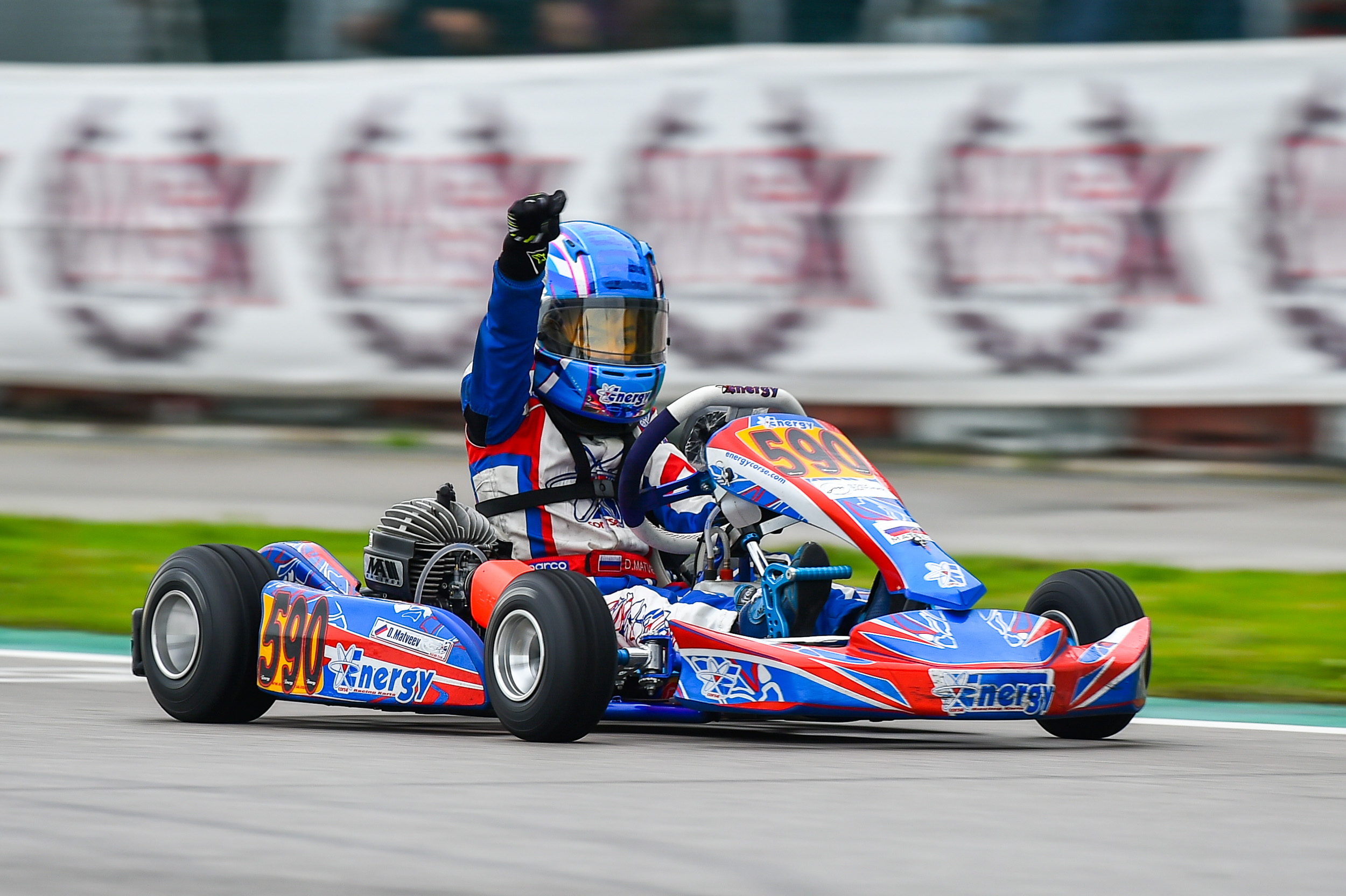 Dimitry Matveev has taken the WSK Final Cup championship in Mini class at Adria Karting Raceway. The Russian leads a top7 for his nation with a podium completed by Khavalkin and Popov.

Today looked like it was all set to keep the dominant stint for Dimitry Matveev (Energy/TM Racing/Vega). But it was the Chinese Yuampu Cui (Tony Kart/TM Racing/Vega) who was in the lead for most of the prefinal A until Anatoly Khavalkin (Parolin/TM Racing/Vega) overtook him for the victory.

In the final, Anatoly Khavalkin overtook Matveev at the start but Matveev one lap later overtook again his compatriot and built a gap. The gap with Khavalkin increased during the race but in the final laps it was the Parolin driver who was chasing the lead.

Despite that, Matveev crossed the checkered-flag to win the WSK Final Cup ahead of Khavalkin and Maksimilian Popov (Parolin/TM Racing/Vega), making a Russian podium sweep and a one-two-three-four-five-six-seven for the Russians, the most dominant race by a single country in WSK this season.

But the podium for Popov was the result of a big comeback. The Baby Race driver started from 20th place on the starting grid, he quickly went up to 12th place at the start and then he continued overtaking every lap until he reached the podium positions on lap 8.

OK: Hiltbrand returns to the top in WSK Final Cup