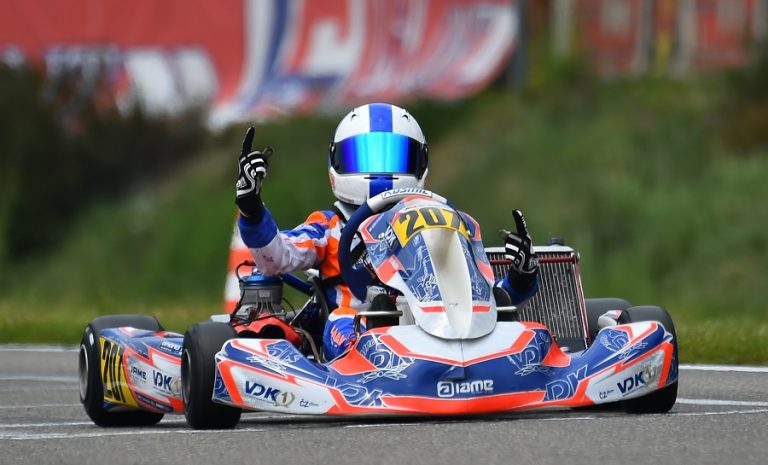 French driver from VDK Racing, Marcus Amand has taken the victory in the final of OKJ at Karting Genk for the second round of FIA Karting European championship. Amand beat Dunne who was in the lead for most of the race. Dunne finished second while Thomas Ten Brinke completes the podium after a post-race penalty for Bedrin. 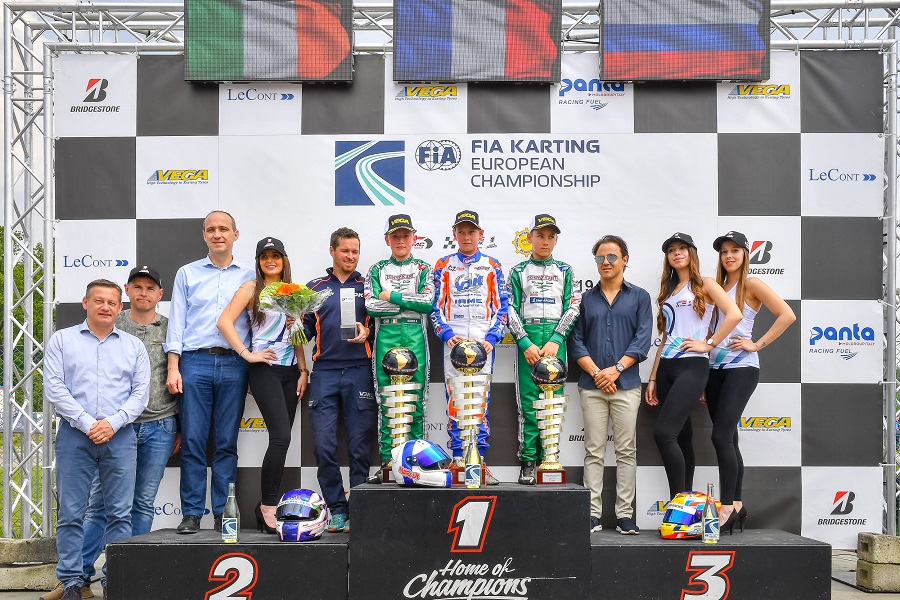 The final started with Russian Nikita Bedrin maintaining the lead from Alex Dunne and Thomas Ten Brinke, while Marcus Amand lost some places.

Despite Tony Kart one-two, Ten Brinke took the lead on lap 3 for two laps, when Alex Dunne rapidly overtook him and pull almost half-a-second of distance over Ten Brinke who was holding Bedrin and Amand behind him.

Amand with 8 laps remaining overtook Bedrin and two laps later did the same on Ten Brinke for second place. The French driver who recently left Kart Republic for VDK Racing started cutting the gap immediately with the race leader, the Irish Alex Dunne.

Dunne could not do anything to keep the pace of Marcus Amand who immediately overtook Dunne for the race lead and the race win. Amand crossed the checker-flag with a solid lead over Dunne while the third place was for Nikita Bedrin who took the position, in a too strong way, in the last lap from Ten Brinke and Robert de Haan (Energy/TM Racing/Vega).

The stewards after the race penalized Bedrin for that move which promoted Ten Brinke to the last step of the podium.

The next round of FIA Karting European championship of OKJ will be held at the Swedish track of Kristianstad from 30th May to 2 of June.

Italians at the forefront among the 419 drivers at the start...

The dates and locations of the ACI Karting 2020 Italian Championships