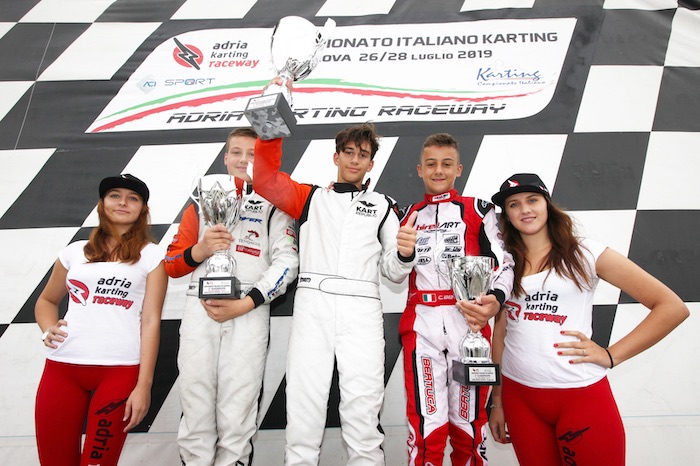 A new initiative of the ACI Sport Federal School is about to start with the creation of a program of Evaluation Internships aimed at younger drivers involved in karting, with the aim of helping them and supporting them in their competitive growth up to the debut in motoring. These Evaluation Internships are reserved for the most promising youngsters and will be joined by the usual support activity that the Federal School staff has been providing for the karting competition for years.

The first Evaluation Stage will take place on the International Circuit of Viterbo on 11 December and will be preceded by a day dedicated to psycho-physical assessment in Rome on 10 December at the Army Olympic Sports Center. The first 4 pilots called to support the first Evaluation Stage are promising youngsters with the privilege of carrying a “heavy” surname, all of them art children of former Formula 1 drivers: Brando Badoer (son of Luca Badoer), Davide Larini (son by Nicola Larini), Lorenzo Patrese (son of Riccardo Patrese), Enzo Trulli (son of Jarno Trulli).

The creator of this new project is Giancarlo Minardi, president of the ACI Sport Speed ​​Circuit Commission and Supervisor of the Federal School, together with the School staff composed of the director Raffaele Giammaria, the instructors Enrico Toccacelo and Stefano Tredicine, as well as the Secretariat with Alessandro Apostoli and Ludovica Di Mario. The technical part will be taken care of by the OTK Kart Group staff who will make available the Tony Kart chassis for the Mini category and the Exprit chassis for the Junior and Senior categories. 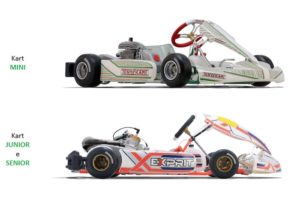 This is the comment by Giancarlo Minardi: “I am very satisfied with the birth of this new initiative that involves evaluative stages with the aim of being able to examine with more knowledge the competitive qualities of our young people in karting. In addition to the supervisions that we regularly carry out on the competition fields, this will be one of those activities to be developed for a planned future so that the Federation can help even more fully the competitive growth of our talents. For this first experience of Evaluation Stage of 10-11 December we chose four young people, sons of former Formula 1 drivers, namely Badoer, Patrese, Trulli and Larini, still engaged in karting but some already ready to go to Formula 4. So far the our evaluative internships have been aimed at children since the age of 14, this project instead envisages starting even earlier so as to be able to help the most deserving and follow them until their debut in motoring. I am sure that this initiative will prove to be the best way to form the most promising young people with greater awareness. ”

In the picture: Enzo Trulli on the podium of the Italian ACI Karting Championship of Adria, in the center of the photo between Pujatti and Bertuca, will be one of the four participants in the first Evaluation Stage of the ACI Sport Federal School together with Brando Badoer, Davide Larini and Lorenzo Patrese.