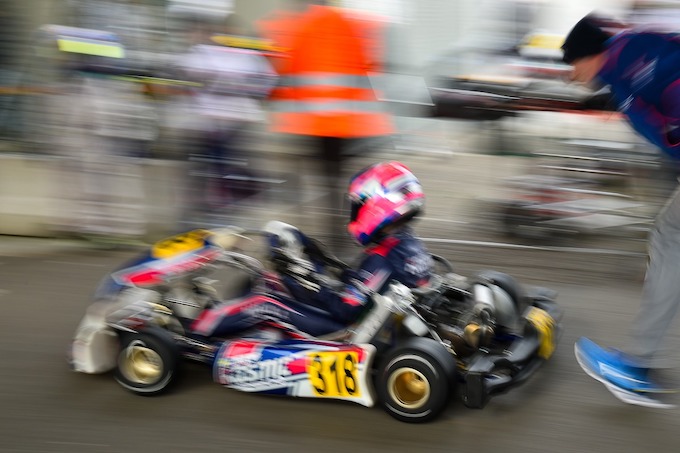 Once the Winter Cup is over, it’s time to get back on track for the Kosmic Kart Racing Department on the South Garda Karting in Lonato (Italy) again, where the WSK Promotion races will be back this weekend with the second round of the WSK Super Master Series. Our drivers are ready to fight among a big number of drivers and prove to be able to repeat the progress made with their Kosmic Mercury R powered by Vortex in this start of the season.

Luigi Coluccio will still wear our colours in OK, after constantly fighting for top positions during last weekend. Ville Malja, author of a good performance, will have the chance to improve the feeling with our material.

Concerning the OKJ, also this weekend we are confident we will repeat the good performances of the Winter Cup obtained by Alexander Gubenko; Lui Ruiqi is ready to do the same. The work constantly done with both drivers allows us to look towards the next appointments with confidence, aiming at good performances right from qualifying, so that we can fight for results in line with our potential in the final stages.

Axel Malja will be with Alexander and Lui, while Ean Eyckmans will be back on track from this race, absent due to injury so far.

231 drivers at the opener of WSK Super Master Series in...